See the "Wheat Belly” Book Summary After the Video.

Modern wheat is the product of genetic manipulations that have transformed its properties. Modern wheat is now a 2-foot tall, high-yield semi-dwarf strain, different in both appearance and multiple biochemical features from traditional wheat. Introduction of this new strain of wheat was associated with the appearance of a long list of health problems, along with weight gain and diabetes.

According to Dr. Davis, saying goodbye to all things wheat provides outsized and unexpected health benefits, from weight loss, to relief from acid reflux and bowel urgency, to reversal of diabetes, migraine headaches, and learning disabilities in children.

Lose the wheat, lose the weight and find your path back to health (Rodale, 2011), now debuting internationally in over ten foreign languages. Wheat belly has helped spark a nationwide reconsideration of the conventional advice to "eat more healthy whole grains."

Formerly an interventional cardiologist, he now confines his practice to prevention and reversal of coronary disease in his practice in Milwaukee, Wisconsin. Dr. Davis is a graduate of the St. Louis University School of Medicine, followed by training in internal medicine and cardiology at the Ohio State University Hospitals, and training in interventional cardiology at the Case--Western Reserve Hospitals in Cleveland, Ohio. He is also founder of the online heart disease prevention educational program, Track your Plaque.

Gluten intolerance may also be linked to autism, schizophrenia, and several autoimmune disorders.

“Gluten, a protein found in many grain products, has been named as a causative factor in psychoses and neurological disorders. It has been proven to chemically contain fifteen different opioid sequences, or morphine-like molecules. Opioids that come from outside the body are called “exorphins.” It is called by scientists addictive and neurotoxic.

Since the mid-1960s, scientists have repeatedly linked gluten consumption to learning disorders and schizophrenia.

Opioids are known to interfere with our neurotransmitter chemistry, cause various types of epilepsy, and result in digestive disturbances such as constipation, urinary retention, biliary spasm, reduced production of ADH (an antidiuretic hormone that results in reduced urine production), slowed gastric emptying, and slowed digestion.”

For those that would love to read this book, but don’t have the time … I’ve summarized it for you!  Some very interesting information indeed!

“Wheat Belly is a provocative look at how eliminating wheat – even so-called healthy whole grain wheat – from our diets is the key to permanent weight loss and can offer relief from a broad spectrum of health and digestive problems.

Drawing on decades of clinical studies and the extraordinary results he has observed after putting thousands of his patients on wheat-free regimens, Dr. William Davis makes a compelling case against this ubiquitous ingredient.”

Foods to consume in unlimited quantities 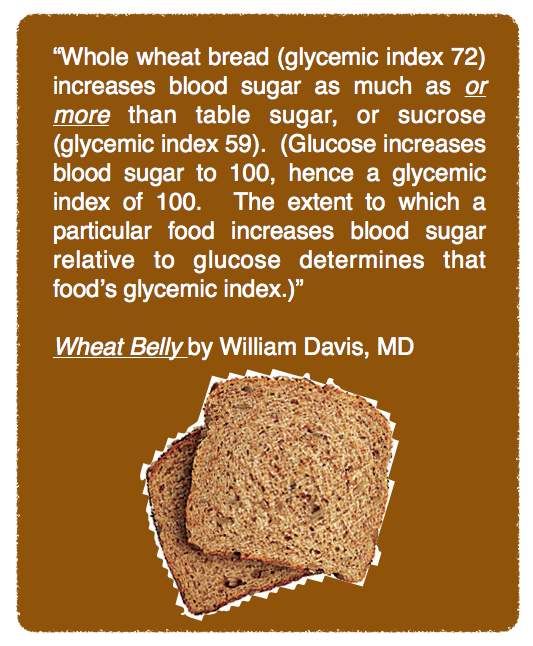 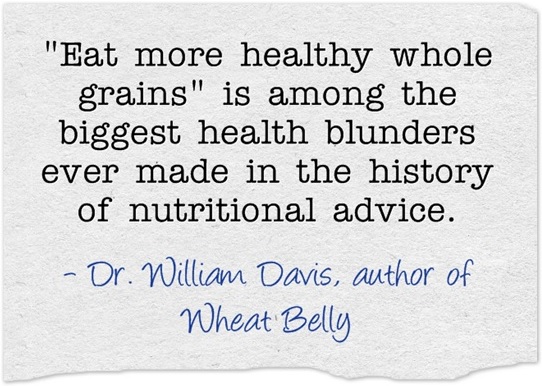