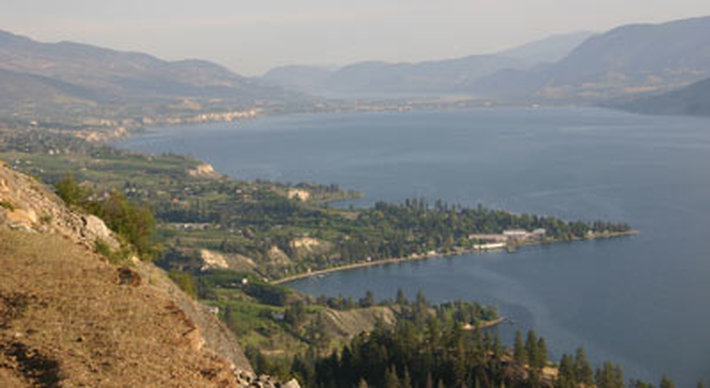 Just organic is not good enough.

We are a family business located in a small village called Naramata near the south end of the Beautiful Okanagan Valley in the heart of British Columbia, Canada.

Our purpose is to provide unheated, non GMO, pure organically grown foods at a fair price. That means paying more to the grower in some cases and selling lower to the consumer in most cases. To do this we go to the source. There we learn how the food is grown and processed to insure it is living food farmed ethically and sustainably. Most products are shipped directly from the producer to us.

These foods are what we want to eat but many of them just aren't to be found in stores, so it's symbiotic. Many foods that are called raw in stores are not. Some are dried at very high temperatures, some nuts are heated for shelling and often they are over heated by the sun while at sea in the shipping containers to over 170F. None of our whole foods have additives.

We are helping others as well as ouselves acquire the freshest and tastiest truly raw foods we can find. Quality doesn't need to be higher priced. By buying wholesale you can pay what the stores are paying.

UNNATURAL food is the principal cause of human degeneration. It is the oldest vice. If we reflect upon the number of ruinous dietetic abuses, and their immemorial tyranny over the larger part of the human race, we are tempted to eschew all symbolic interpretations of the paradise legend and ascribe the fall of man literally and exclusively to the eating of forbidden food. From century to century this same cause has multiplied the sum of our earthly ills. FELIX L. OSWALD

The Dalai Lama was asked what surprised him the most; he said,

You Can Heal Your Life, Louise L. Hay

Healing for the Age of Enlightenment by Stanley Burroughs
​
Herbert Shelton

Here are some recommended reading we found and posted on our website.
Links

Take Control of Your Health and Escape the Sickness Industry

(Official Movie) THRIVE: What On Earth Will It Take?

THRIVE is an unconventional documentary that lifts the veil on what’s “really” going on in our world by following the money upstream – uncovering the global consolidation of power in nearly every aspect of our lives.

Weaving together breakthroughs in science, consciousness and activism, THRIVE offers real solutions, empowering us with unprecedented and bold strategies for reclaiming our lives and our future.

Williams Online - lots of info on chemtrails and other health dangers
​
The Institute For Responsible Technology deals with the dangers of Soy, GMO and many other issues:

Vibrant Health and Energy. Raw retreats, coaching, detox in Kelowna, BC with Guylaine

Guide to Cleansing with Molly Brooks