🌸
🌸
The I Ching or Book of Changes Quotes

“When flowing water...meets with obstacles on its path, a blockage in its journey, it pauses. It increases in volume and strength, filling up in front of the obstacle and eventually spilling past it ...

Do not turn and run, for there is nowhere worthwhile for you to go.
Do not attempt to push ahead into the danger ... emulate the example of the water:
Pause and build up your strength until the obstacle no longer represents a blockage.”

“How can one expect a state of abundance to be everlasting?”

To proceed will afford ground for congratulation.”

“One turns back and submits to fate, changes one's attitude, and finds peace in perseverance.”

“Clouds rise up to heaven:

The image of WAITING.

Thus the superior man eats and drinks, is joyous and of good cheer.”

“When things reach the extreme, they alternate to the opposite.”

By blending their energies they achieve harmony.

Therefore existence and nonexistence produce each other.

Difficulty and ease complement each other.

Long and short contrast with each other.

High and low rely on each other.

Sound and voice harmonize with each other. Front and back follow each other.

The Tao fulfills its purpose quietly and makes no claim.

When success is achieved, withdrawing.

The highest good is like water. Water benefits ten thousand beings, Yet it does not contend.

Nothing under Heaven is as soft and yielding as water.

​Yet in attacking the firm and strong, Nothing is better than water.”

I Ching / Book of Changes
See the PDF.

Download File
The *I Ching* is the world's oldest divination text. Based on the ancient Chinese philosophy of Yin and Yang, it provides timeless wisdom about how to negotiate the changing nature of events.

​ This version resonates with several streams of thought in China: on the whole, it is deeply ethical in its outlook; at times, it sounds a bit Taoist, and in other places, there are echoes of Zen.

Overall, there is a tremendous amount of wisdom in this book, for Chih-shu was well-versed in the esoteric traditions of China. The entire text is a compassionate attempt to guide souls, through the ups and downs of a changing world, to the ultimate goal of enlightenment.

The book may be consulted for divination as an ordinary translation of the *I Ching* would be,
or it can be read from cover to cover. 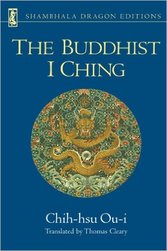 🌸
​The Original I Ching Oracle:

4.4 out of 5 stars   9 customer reviews
See all 3 formats and editions

This remarkable work is the final result of 50 years of I Ching research and over 10 years of roundtables and seminars. Based on a revolutionary translation method, and inspired by Carl Jung’s insights into the psyche, The Original I Ching Oracle offers Western readers the closest possible approach to the true content of the ancient Chinese oracle.

​By cutting through layers of philosophical analysis and recovering the original images of the I Ching, it puts readers in contact with a deep universal dimension of the human psyche, as important today as it was for the shamans in China over 3,000 years ago.​

Dilettantes who are seeking a brief, basic introduction to the I Ching, the classic text of Chinese divination, will want to look elsewhere. At more than 850 pages, with numerous annotations and highly technical explanations about textual divergences and linguistic issues, this is not for the beginner. Novices will be lost in the precise and specialized discussions of hexagrams, outer and inner trigrams, and transforming lines.

However, readers who have already dipped their toes into the I Ching (which is usually translated as the Classic of Change) will relish this sophisticated and detailed full translation, produced under the auspices of the Eranos Foundation, a Swiss think tank. It offers what may be the first-ever complete concordance of the text, an index of sorts to every appearance of every character-or "core word"-used in the entire document.

This will prove useful to serious students of Chinese spirituality, and to those who want to not only read the I Ching but to use it as a textbook for the practice of divination. To this end, the editors include advice on "interrogating the oracle," or using the text to obtain answers to specific questions or guidance on a decision. The book's design is also a plus, with bold reds punctuating a layout that is rich in tables and illustrations.

🌸
I Ching - Book of Changes

The I Ching James Legge, tr.

The I Ching, or Book of Changes, is the most widely read of the five Chinese Classics.

The book was traditionally written by the legendary Chinese Emperor Fu Hsi (2953-2838 B.C.).

It is possible that the the I Ching originated from a prehistoric divination technique which dates back as far as 5000 B.C. Thus it may be the oldest text at this site.

Futher commentaries were added by King Wen and the Duke of Chou in the eleventh century B.C.
An I Ching interpretation is performed by making six binary decisions (a hexagram). This is called 'casting the I Ching'. These are written down as a stack of six solid or broken lines.

This was traditionally done either by tossing yarrow stalks or coins, although there is no reason why the hexagrams can't be generated by some other means (such as a computer program).

There are actually four possible values for each of the lines; the two on/off values, and a line which changes from on to off or vice versa.

Thus one cast of the I Ching can generate two different hexagrams, which adds depth to the interpretation. The sophistication of this method has not escaped modern interpretation, and the four-valued logic has been compared to the biochemistry of DNA amino acids. How a Neolithic shamans' divination technique presaged the basic logic of the human genome is one of the ageless mysteries.

​This is a complete overhaul of the Legge I Ching etext, with all of the original illustrations.

This utilizes Unicode characters throughout to represent the 'short A' and the 'Yodh' found in the original book.

Because not all browsers support the official Unicode 'Yodh' (Ȝ and ȝ), we have used Ž and ž to represent it. In addition, we have used images to present the dozen or so Chinese characters in this text.

Chapter I: The Yî King from The Twelfth Century B.C. to the Commencement of the Christian Era
Chapter II: The Subject-Matter of the Text. The Lineal Figures and the Explanation of Them
Chapter III: The Appendixes

Appendix V: Treatise of Remarks on the Trigrams
​
Appendix VI

Appendix VI: The Orderly Sequence of the Hexagrams