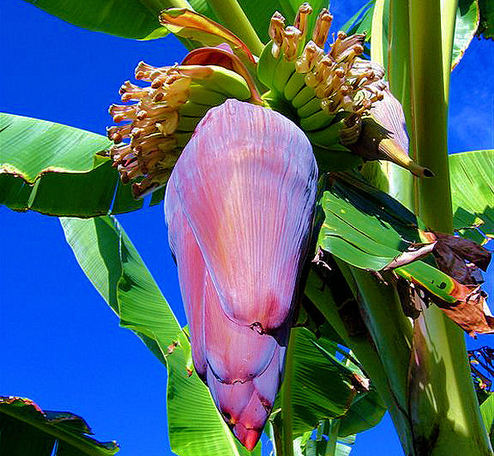 ​No wonder the banana is the number one fruit with the world’s leading athletes. 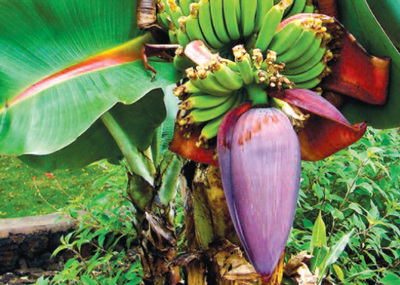 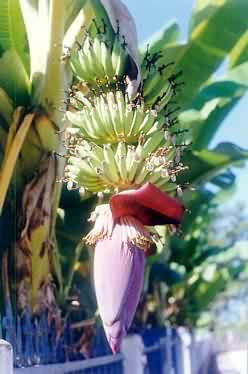 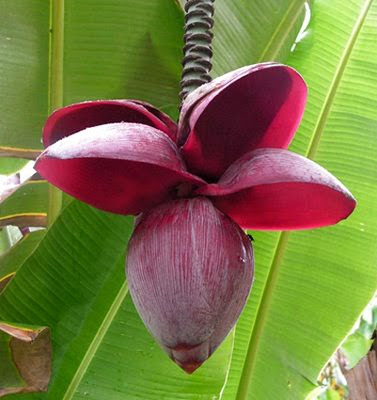 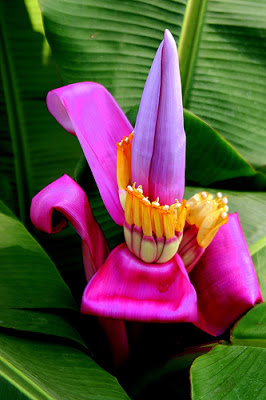 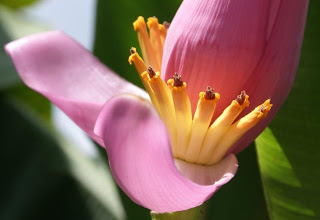 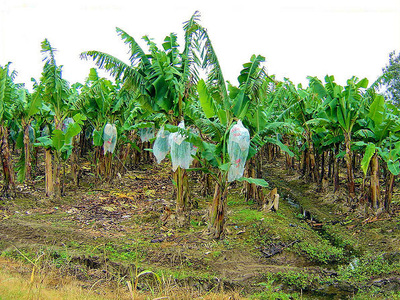 This is interesting. After reading this, you’ll never look at a banana in the same way again. Bananas contain three natural sugars – sucrose, fructose and glucose combined with fiber. A banana gives an instant, sustained and substantial boost of energy.

Research has proven that just two bananas provide enough energy for a strenuous 90-minute workout. No wonder the banana is the number one fruit with the world’s leading athletes.

But energy isn’t the only way a banana can help us keep fit. It can also help overcome or prevent a substantial number of illnesses and conditions, making it a must to add to our daily diet.

DEPRESSION: According to a recent survey undertaken by MIND amongst people suffering from depression, many felt much better after eating a banana. This is because bananas contain tryptophan, a type of protein that the body converts into serotonin, known to make you relax, improve your mood and generally make you feel happier.

PMS: Forget the pills – eat a banana. The vitamin B6 it contains regulates blood glucose levels, which can affect your mood.

ANEMIA: High in iron, bananas can stimulate the production of hemoglobin in the blood and so helps in cases of anemia.

BLOOD PRESSURE: This unique tropical fruit is extremely high in potassium yet low in salt, making it perfect to beat blood pressure So much so, the US Food and Drug Administration has just allowed the banana industry to make official claims for the fruit’s ability to reduce the risk of blood pressure and stroke.

BRAIN POWER: 200 students at a Twickenham school ( England ) were helped through their exams this year by eating bananas at breakfast, break, and lunch in a bid to boost their brain power. Research has shown that the potassium-packed fruit can assist learning by making pupils more alert.

CONSTIPATION: High in fiber, including bananas in the diet can help restore normal bowel action, helping to overcome the problem without resorting to laxatives.

HANGOVERS: One of the quickest ways of curing a hangover is to make a banana milkshake, sweetened with honey. The banana calms the stomach and, with the help of the honey, builds up depleted blood sugar levels, while the milk soothes and re-hydrates your system.

HEARTBURN: Bananas have a natural antacid effect in the body, so if you suffer from heartburn, try eating a banana for soothing relief.

MOSQUITO BITES: Before reaching for the insect bite cream, try rubbing the affected area with the inside of a banana skin. Many people find it amazingly successful at reducing swelling and irritation.

NERVES: Bananas are high in B vitamins that help calm the nervous system..

Overweight and at work? Studies at the Institute of Psychology in Austria found pressure at work leads to gorging on comfort food like chocolate and chips. Looking at 5,000 hospital patients, researchers found the most obese were more likely to be in high-pressure jobs. The report concluded that, to avoid panic-induced food cravings, we need to control our blood sugar levels by snacking on high carbohydrate foods every two hours to keep levels steady.

ULCERS: The banana is used as the dietary food against intestinal disorders because of its soft texture and smoothness. It is the only raw fruit that can be eaten without distress in over-chroniclercases. It also neutralizes over-acidity and reduces irritation by coating the lining of the stomach.

TEMPERATURE CONTROL: Many other cultures see bananas as a ‘cooling’ fruit that can lower both the physical and emotional temperature of expectant mothers. In Thailand , for example, pregnant women eat bananas to ensure their baby is born with a cool temperature.

So, a banana really is a natural remedy for many ills. When you compare it to an apple, it has FOUR TIMES the protein, TWICE the carbohydrate, THREE TIMES the phosphorus, five times the vitamin A and iron, and twice the other vitamins and minerals.. It is also rich in potassium and is one of the best value foods around So maybe its time to change that well-known phrase so that we say, ‘A BANANA a day keeps the doctor away!’ 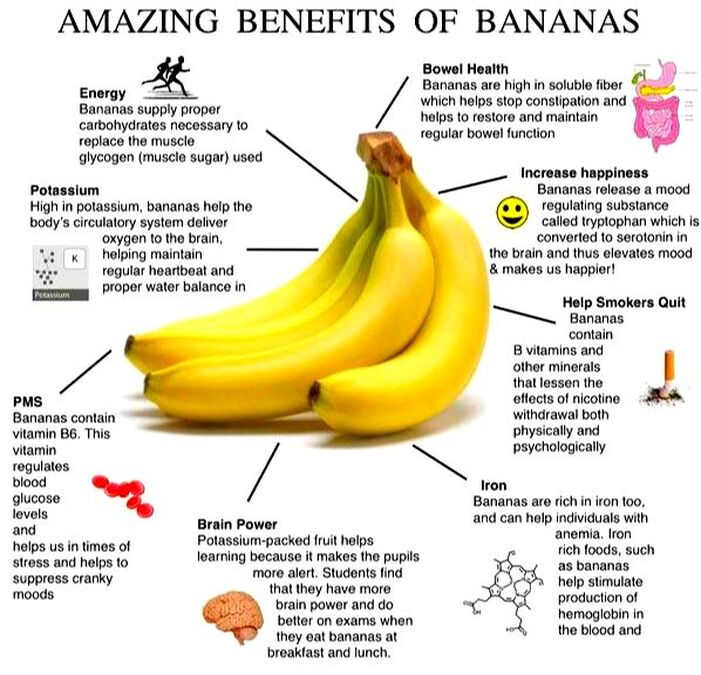 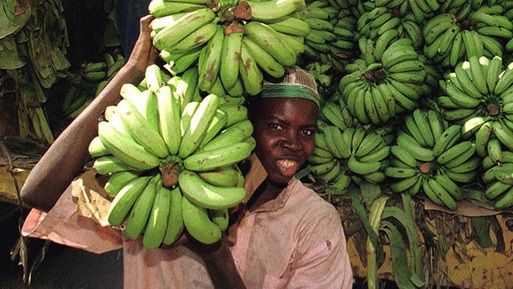 A vitamin-enhanced ‘super-banana’ developed by scientists is to be tested on humans. The trials are to take place in the US over a six-week period. Researchers aim to start growing the fruit in Uganda by 2020.

The bananas are ‘super’ because they have been genetically engineered to have increased levels of vitamin A – a deficiency of which can be fatal.

Hundreds of thousands die annually worldwide from vitamin A deficiencies, while many others go blind, the project's leader told AFP.

“The consequences of vitamin A deficiency are dire with 650,000-700,000 children worldwide dying...each year and at least another 300,000 going blind,” Professor James Dale stated.

“Good science can make a massive difference here by enriching staple crops such as Ugandan bananas with pro-vitamin A and providing poor and subsistence-farming populations with nutritionally rewarding food,” Dale said.

The project was created by Queensland University of Technology (QUT) in Australia and supported by the Bill and Melinda Gates Foundation.

“We know our science will work,” Dale said. “We made all the constructs, the genes that went into bananas, and put them into bananas here at QUT.”

Dale added that the genetically modified banana flesh is more orange than a usual banana, but otherwise looks the same.

The highland or East African cooking banana is a dietary staple in East Africa, according to the researchers. However, it has low levels of micronutrients, particularly vitamin A and iron.

If the project is given the go-ahead for Uganda after the US trials, micronutrient enriched/modified crops could also be given the green light for Rwanda, Kenya, and Tanzania.

“In West Africa farmers grow plantain bananas and the same technology could easily be transferred to that variety as well,” Dale stated.

GMOs and GatesThe claim that genetically-modified organisms (GMOs) pose no risk to human and environmental health is far from settled, despite industry assertions.

In October, 93 international scientists said there was a lack of empirical and scientific evidence to support what they said were false claims made by the biotech industry about a so-called “consensus” on GMO safety. They said more independent research is needed, as existing studies which say that GMOs are safe are overwhelmingly funded and supported by biotech companies.

The Gates Foundation has a history of supporting GMO research and technology – at least since 2010, when the non-profit invested in a low amount of shares in biotechnology giant Monsanto. Gates has amped up support for GMOs so that “poor countries that have the toughest time feeding their people have a process,” adding that “there should be an open-mindedness, and if they can specifically prove [GMO] safety and benefits, foods should be approved, just like they are in middle-income countries.”Such support has resulted in criticism and suspicion of the foundation's agenda.

As for the worry that GMO seeds are increasingly consolidated in the hands of major agribusiness powers, Gates said in February 2013 – after his foundation reportedly sold the approximately $23 million in Monsanto shares it owned – that there are "legitimate issues, but solvable issues" with GMO technology and wider use. He added that one solution may be offering crops already patented but requiring no royalty dues.

“Middle-income countries are the biggest users of GMOs...Small farmers have gotten soy beans and cotton and things like that. But we’re trying to get African agriculture up to high productivity – it’s about a third of rich-world productivity right now – and we need the full range of scientific innovation, with really good safety checking, to work on behalf of the poor,” Gates told Quartz in January.

GMO crops are now grown in 28 countries, or on 12 percent of the world's arable land, with the acreage doubling every five years. However, in the European Union, only two GMO varieties have so far been licensed for commercial harvesting (compared to 96 in the US).

In the US, an overwhelming majority of Americans say they support the labeling of GMO products – an effort that has gained traction in some states and interest in nearly all others.

Opponents of labeling – including powerful food industry and biotechnology players – are currentlymobilizing their resources on the national level to stem the tide of sentiment against GMO proliferation. These groups have worked with supportive members of Congress to introduce federal legislation that would block states from passing mandatory GMO labeling measures like Vermont's, despite the “right to know” movement’s rising popularity.

GMOs have been in the food supply since the 1990s, and are included in roughly 70 to 80 percent of products available to American consumers, according to food manufacturers. The most widely used GMO crops in the US are corn, soybeans, and canola.

to contribute to sinus congestion and increase the production of toxins in your body. 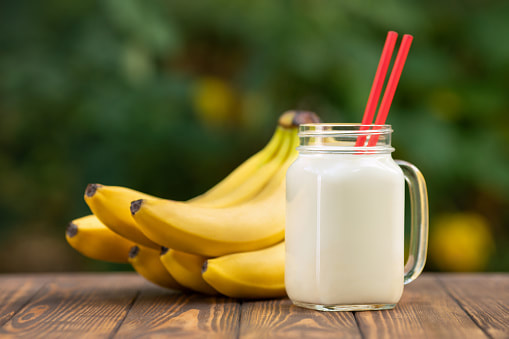 🌸
Based on Ayurvedic food principles, bananas and milk are two ingredients that are considered incompatible.

According to Ayurveda, eating bananas and milk together can diminish agni, or fire,

which is responsible for the digestion and metabolism of foods.

Consuming bananas and milk is also anecdotally claimed to contribute to sinus congestion and increase the production of toxins in your body. 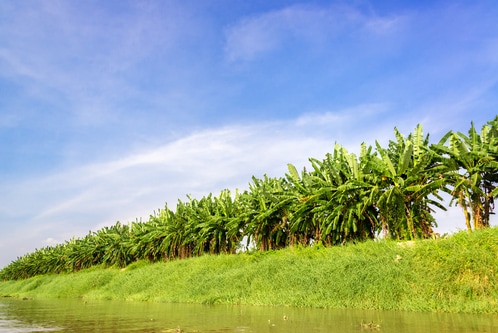 You'll never look at a banana the same way again after discovering the many health benefits and reasons to add them to your diet. Bananas combat depression, make you smarter, cure hangovers, relieve morning sickness, protect against kidney cancer, diabetes, osteoporosis, and blindness. They can cure the itch of a mosquito bite and put a great shine on your shoes.

Here are 25 reasons to eat bananas you might have never considered before.

If You Think Bananas Are Just For Monkeys, Think Again 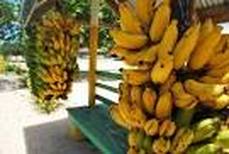 Have you ever been upset waiting for public transport at you local bus or train station because you’ve had a sudden attack of the munchies? Well one village on the island of Savai’i in Samoa has found the solution to this – with some unique Bus Stand Food!

It’s the Free Bus Stand Banana Bunch! Here is a picture of this awesome concept below! That’s right, villagers who live in small township of Manase in Savai’i island regularly restock their bus stops with banana bunches so that people won’t go hungry waiting for this bus to arrive. I’m not sure if this feeding tactic was a measure introduced based on the regularity of buses in Samoa (that is, whenever they fell like turning up!), but if you’re waiting around at the bus stand and feeling hungry, all you need to do is pick off a ripe banana for a healthy start to the day.

I guess this makes a refreshing change to the junk food that is often available invending machines in the western world!

And this banana bunch is not just for the local villagers – it’s for anyone who’s waiting at the bus stop, including foreign travellers. You’ll probably end up chatting to the locals anyway because they’re a friendly lot in Samoa. It’s definitely worth trying to make your way to this tiny speck in the South Pacific Ocean!

So check it out. I’m going to lobby my local city council to see if I can have free banana bunches introduced to all public transport! But I don’t like my luck! 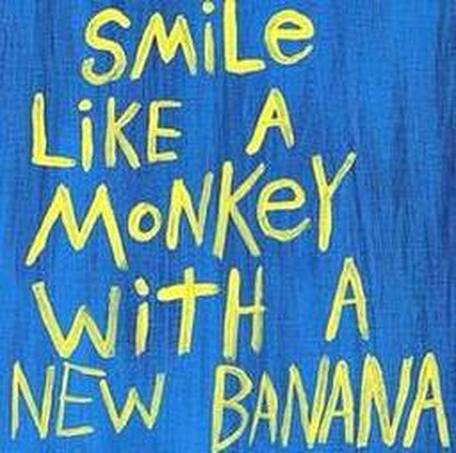