The meridian system  is a concept in traditional Chinese medicine (TCM)
about a path through which the life-energy known as "qi" flow.
​
Meridian (Chinese medicine) - Wikipedia

This article is about the concept in traditional Chinese medicine.

Despite a wealth of ongoing research into the existence of meridians, no convincing scientific evidence has been put forward for their existence. Major proponents of their existence have also not come to any consensus as to how they might work or be tested in a scientific context.

The meridian network is typically divided into 2 categories, the jingmai (經脈) or meridian channels and the luomai (絡脈) or associated vessels (sometimes called "collaterals"). The jingmai contain the 12 tendinomuscular meridians, the 12 divergent meridians, the 12 principal meridians, the 8 extraordinary vessels as well as the Huato channel, a set of bilateral points on the lower back whose discovery is attributed to the ancient physician Hua Tuo.

The collaterals contain 15 major arteries that connect the 12 principal meridians in various ways, in addition to the interaction with their associated internal organs and other related internal structures.
​
The collateral system also incorporates a branching expanse of capillary-like vessels which spread throughout the body, namely in the 12 cutaneous regions as well as emanating from each point on the principal meridians. If one counts the number of unique points on each meridian, the total comes to 361, which matches the number of days in a year, in the moon calendar system. Note that this method ignores the fact that the bulk of acupoints are bilateral, making the actual total 670.

There are about 400 acupuncture points (not counting bilateral points twice) most of which are situated along the major 20 pathways (i.e. 12 primary and 8 extraordinary channels).

However, by the 2nd Century AD, 649 acupuncture points were recognized in China (reckoned by counting bilateral points twice).[2][3]There are "Twelve Principal Meridians" where each meridian corresponds to either a hollow or solid organ; interacting with it and extending along a particular extremity (i.e. arm or leg). There are also "Eight Extraordinary Channels", two of which have their own sets of points, and the remaining ones connecting points on other channels.

The table below gives a more systematic list of the twelve standard meridians:[5] 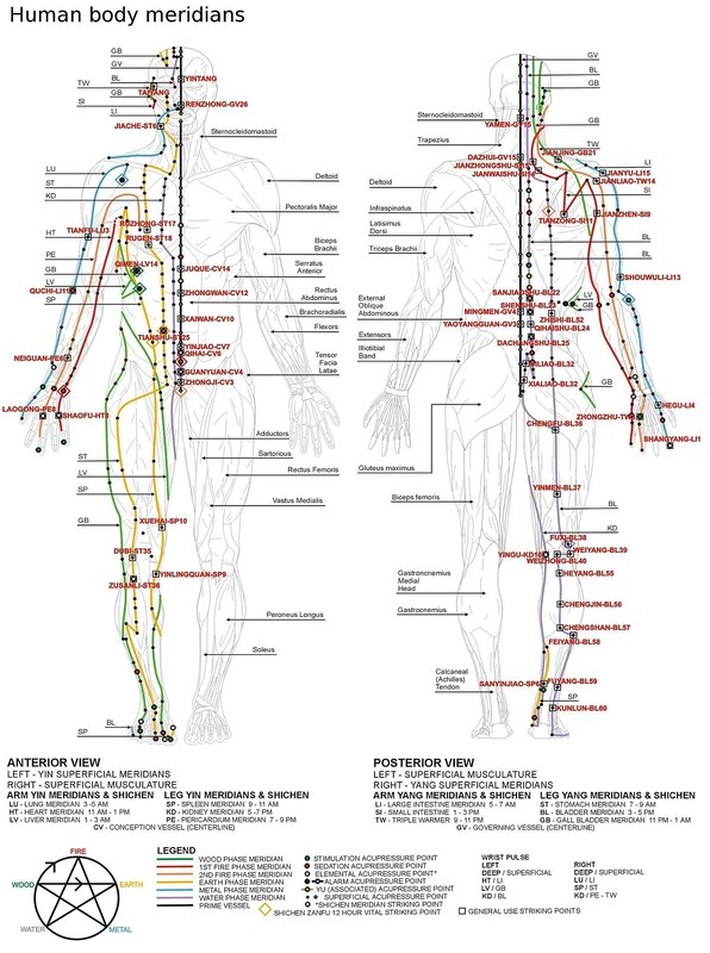 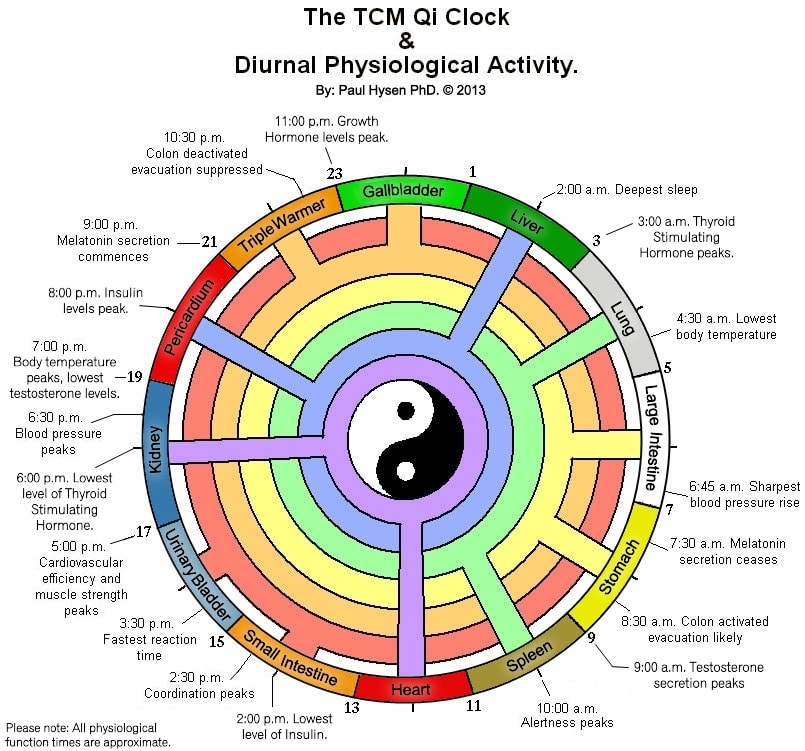 For other uses, see meridian (disambiguation). 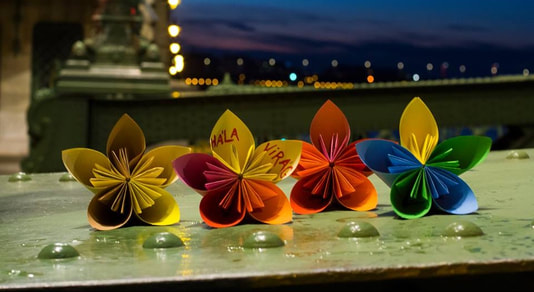