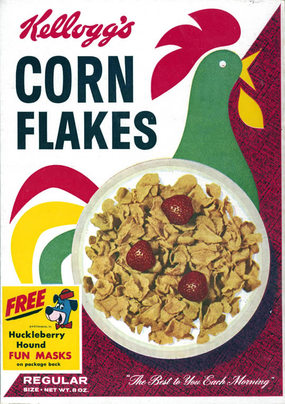 http://www.organicconsumers.org/kelloggs.cfm
Consumers Across the Nation are Boycotting Kellogg’s Foods:

Here’s Why Kellogg’s corn flakes and other food-like products that the company makes are full of Bt Corn. The EPA has registered Bt corn as a pesticide since the crop makes its own insecticide. (Reg. #524-581 and 68467-7) Bt corn has been shown to cause serious health problems.

The makers of Bt corn, primarily Monsanto and Syngenta, are responsible for selling this food-stuff to companies like Kellogg’s, but they have the choice to source their corn from organic farmers, and simply don’t.Syngenta’s website says that Bt corn can ‘make a farmer’s life easier,’ but this has also been proven to be grossly false. Farmers in the Philippines who sowed Bt seeds went bankrupt.

“An estimated 270,000 small-hold farmers in the Philippines are being forced to grow GM corn and ending up in debt as a result.

These are the findings of a recent study by CI member IBON and MASIPAG, a farmer-led network of people’s organisations, non-government organisations and scientists.”

Indian farmers are committing suicide, too, specifically due to Bt seed.

“Globalization and monopoly have forced farmers to buy GM seeds and since GM crops have become pests’ resistance, the farmers have no choice but to purchase Monsanto’s pesticide. Sometimes GM crops fail over and over again; GM crops also do not grow back again next year and every year farmers have to buy new seeds. The Daily Mail  has called the continuous suicide of Indian farmers a “genocide” in human history. What’s really disturbing is that often time farmers commit suicide by drinking the insecticide shipped to them by Monsanto.”

The Dangers of GE Sugar Beets

Why a boycott? Why Kellogg's?

Kellogg's responded, claiming that, even though they don't use genetically engineered ingredients in Europe, in the U.S., "consumer concerns about the usage of biotech ingredients in food production are low."

Now, Kellogg's is telling consumers that they might as well eat their GMO-laced products because, "Even organic ingredients can contain biotech ingredients due to cross-pollination."

This is an outrageous lie!

Tell Kellogg's you'll be boycotting their products until they stop lying about GMO contamination of organic, start labeling their genetically engineered foods, and quit using GMOs in the products they sell in the U.S. Make sure you tell them that this includes a boycott of their so-called "natural" brands, Morningstar Farms, Kashi, Bear Naked, and Gardenburger! You can be sure that any products under these brands which aren't certified organic do contain GMOs.

Tell Kellogg's You're Joining the Boycott!

The Dangers of Genetically Engineered Sugar BeetsGenetically modified foods hit store shelves in the 1990's and now just about any food that isn't certified organic, and contains milk, soy, cotton, canola, corn, squash, papaya, sugar or alfalfa, contains genetically modified ingredients. Non-organic meat, fish and eggs are likely to be from animals raised on genetically engineered feed and could be the product of cloned animals.

Monsanto wouldn't be able to accomplish this lightning-fast market saturation without the monopolistic power it gained by buying up seed companies. While industrial producers say they like the way the herbicide-resistant crop saves labor, they are wary of the power Monsanto has to restrict their choices and raise prices.

While Monsanto clearly plans to make its GE sugar beets farmers' only option, experts said that the seed companies would have enough non-GMO seed if the court decided to follow up its ruling that GE sugar beets were approved illegally with a moratorium.

If Monsanto's GE sugar beets end up winning out, the other concern farmers will have is whether Monsanto's sugar beet seed will continue to be effective. Monsanto's supposedly Roundup-resistant sugar beets have been known to die in alarming numbers after having been sprayed with Roundup. Another danger is that the Roundup Ready sugar beets will transfer their resistance to wild relatives, spawning super weeds. In recent years, Europe's sugar production was devastated by the natural hybridization of the sea beet weed and the sugar beet.

GE sugar beets are dangerous for people, pollinators and the environment. The risks of GE sugar beets are enhanced by the fact that they contaminate non-GMO crops. Just to name one example, GE sugar beet specklings were inexplicably found in potting soil mix sold to gardeners at a landscape supply business.

Roundup, also known as glyphosate, is linked to cancer. Monsanto has successfully lobbied to increase human exposure to its carcinogen. When it first commercialized its Roundup Ready crops, Monsanto applied for and was granted an increase in the level of herbicide residue allowed to remain on the crop. 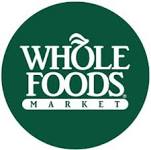 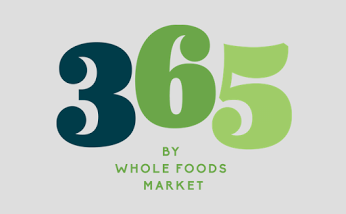