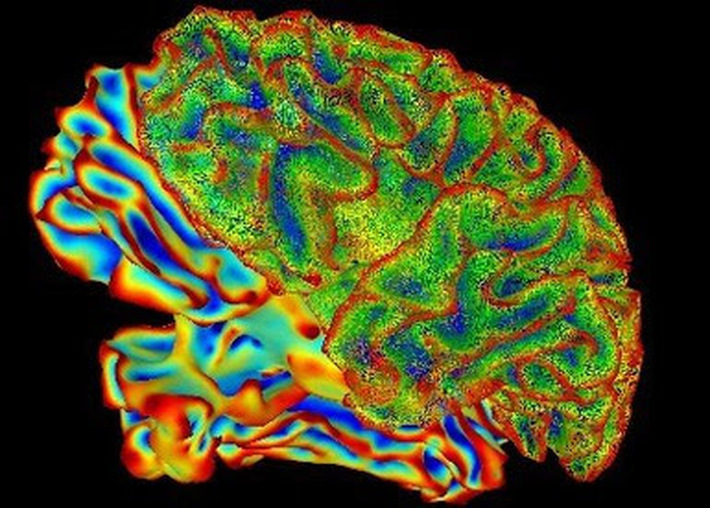 experts gathered from around the world.
At the conclusion of the conference the organizer summed up the findings for the day.
He stated unequivocally that Alzheimer's,  Parkinson's and Amyotrophic lateral Sclerosis and seven other neurodegenerative diseases are all caused by Prions.

He said they have irrefutable proof.  That would make Alzhiemers an infectious disease among others.  Where do prions come from?  Feces from infected people and animals who have the disease.  That's why care givers of Alzhiemers patients are twice as likely to get the disease as non caregivers.  People who care for sheep are much more likely to get Parkinson's disease.

Approximately 44 million people around the world already have Alzheimer’s disease and other
forms of dementia. It’s the fastest-growing cause of death in the world.

Alzheimer’s disease is a member of an aggressive family of neurodegenerative diseases
known as Transmissible Spongiform Encephalopathy (TSE). The operative word is
“transmissible.”Related diseases are killing wildlife and livestock. The TSE epidemic represents
an environmental nightmare that threatens every mammal on Earth.

"JUNE 22, 2012   Nobel Laureate Stanley Prusiner, UCSF, and colleagues, confirm that
Alzheimer's is a transmissible prion disease like Bovine Spongiform Encephalopathy
(BSE) in cows and Creutzfeldt Jakob in humans, which are caused by misfolding
proteins."

A recent study on mice with prion disease suggests a new approach that might be effective in treating Alzheimer's, Parkinson's, and similar neurodegenerative diseases. The work has prompted somewhat hyperbolic headlines from some news outlets, such as Time Magazine's blog write-up "Scientists Hail Major Breakthrough in Treating Alzheimer’s in Mice" and BBC's News Health's "Alzheimer's breakthrough hailed as 'turning point.'"

Why all the excitement from a simple mice study of a drug?

Actually, the mice in the study do not have Alzheimer's, despite the Time Magazine headline. There are several mice models that have been modified to mimic certain physiological characteristics present in human Alzheimer's patients' brains. However, the mice in the recent study are different than any of these "Alzheimer's" mice.

The mice in this "breakthrough" study actually develop a type of prion disease, which is something like Mad Cow disease. How do results showing a way to halt a Mad Cow-like mouse disease suggest a new cure for Alzheimer's?

The Discovery of Prions

In the early 1980s, Stanley Prusiner won a Nobel Prize for work showing that a certain protein was the infectious agent that caused neurodegerative diseases such as Mad Cow and Cruetzfeldt-Jakob. He dubbed this pathogen a prion, a contraction of proteinaceous infectious particle. The idea was kind of heretical though, so not widely accepted. How can an infectious agent reproduce and spread itself without DNA or RNA?

Cut down a bit of stomach fat every day by never eating these 4 foods.
DNA provides the code to make proteins. Proteins can't replicate themselves.

However, despite being contrary to the understanding of how biological systems work, it turns out Prusiner was right. His hypothesis held up for 30 years and now many of the details of how a prion "infection" works are better understood. Just the prion protein alone is enough to trigger the disease.

To understand how prions work it is important to remember that proteins, which maintain the structure of and run most of the biological reactions in all living organisms, are long chains of amino acids linked together and then folded into three dimensional structures. The way a protein folds up defines its final shape which enables it to carry out its function. If it folds wrong, it won't work. Sometimes, actually, small changes in how a protein folds up can be used to regulate the protein—to turn it on and off, for example.

The prion protein (PrP) turns out to be just a misfolded version of a normal protein found in nerve cells. The normal PrP helps insulate nerve cells from each other. When the misfolded prion PrP gets into the brain, though, and mixes with the normal versions, the badly folded prion proteins trigger the misfolding of the regular version. As the trend in misfolding propagates increasing amounts of PrP with the wrong structure form.

So Where's the Connection to Alzheimer's?

So far the article has been all about prions. What's the connection to Alzheimer's?

Well, since Alois Alzheimer first described the brains of deceased individuals having dementia 100 years ago, it has been known that Alzheimer's patients develop amyloid plaques—sticky deposits made of part of a protein called amyloid. For some reason, a fragment of the normal amyloid protein that is present in nerve tissue starts folding differently and then the pieces clump together.

The plaques themselves are really a late development in the process. It is the change in the structure of the fragment of the amyloid protein that actually appears to disrupt the brain cells leading to dementia. The process sounds familiar, no? It is very similar to the sort of change that occurs with PrP in prion disease. Similar types of plaques are characteristic of other neurodegenerative diseases too, such as Parkinson's, and even non-neural diseases like diabetes.

However, Alzheimer's appears to happen spontaneously in many elderly patients. Prion disease, on the other hand, is pretty rare and caused by a specific pathogen. It not really obvious they are related. As a result, until recently, they were considered distinct.

Back to the Prion Model and the Latest Discovery

As described above, prions kill the brain cells by triggering a response to misfolded proteins that shuts down all protein production until the cell can get itself back in order. A cell can never catch up with the increasing numbers of misfolded proteins so eventually the whole system fails.

In 2012, the same team led by Giovanna Mallucci at the University of Leicester that brought about the recent study mentioned at the start of this article, showed that they could protect mouse brain cells from prion proteins by stopping the part of the unfolded protein response that shut down protein synthesis. They prevented the cells from making the factor that turned off protein production. By getting cells to back off a bit on their response to the misfolded prion proteins, the cells survived and brain degeneration was halted.

The gene which the researchers targeted to enable the brain cells to produce enough protein to survive was a factor called eIF2alpha that starts the process of turning RNA into protein. During the unfolded protein response, cells turn off eIF2alpha to stop protein production. Keeping this factor active keeps the cells alive.

Earlier this year, researchers in the US and France showed that they could also prevent neurodegeneration in mice engineered with an Alzheimer's-like disease by targeting exactly the same factor. Blocking inactivation of eIF2alpha, then, protects mice from both prion-induced and Alzheimer's-related brain degeneration. It seems that prion disease and Alzheimer's are really not that different. Both develop due to the same response.

While the group led by Dr. Mallucci at the University of Leicester already showed in 2012 that keeping eIF2alpha active protected against neurodegeneration, the way they did this relied on genetic techniques that wouldn't really work as a medical treatment. Just last week, though, they published a new study where they fed the prion-disease mice a chemical that kept eIF2alpha active. It also protected them from the neurodegeneration. In other words, they found an oral drug that stops the brain degeneration disease in mice. This is pretty exciting and unprecedented.

The drug that provided protection against neurodegeneration was actually developed by GSK for something else and it has some serious side effects, such as diabetes. However, it shows that a chemical could probably be used to block the neurodegeneration process that occurs due to prions, Alzheimer's, and other related diseases such as Parkinson's.

The idea that a similar type of treatment may work across the board in humans for a range of neurodegenerative diseases offers real hope to millions. Imagine an single treatment that can stave off the effects of most of these debilitating brain disorders. Alzheimer's, in particular, has proven remarkably difficult to treat so far.

In contrast to the many recent failures of Alzheimer's drugs targeting the amyloid protein fragment itself from companies like Pfizer, Johnson & Johnson, and Eli Lilly, the recent results provide a whole new perspective on the way neurodegenerative diseases develop and suggest looking for very different types of drugs to treat the disorder. This new advance in understanding about how these diseases eat away at the brain may also offer a way to stop them from doing it too.