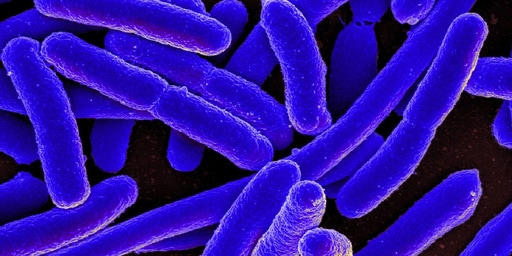 The meat industry is developing something more

A new documentary shows the biggest impending threat to humanity.

We depend on antibiotics to fight infections and numerous diseases but, unfortunately, we may not be able to rely on their lifesaving capacities for long. When they were first discovered in 1944, antibiotics were considered a miracle cure, used to treat everything from salmonella and pneumonia to infected wounds.

To ensure their lasting effectiveness, they were intended to be used sparingly. However, the meat industry has been overusing and abusing antibiotics for decades.

The widespread misuse of these drugs has led to new antibiotic-resistant bacteria emerging, commonly referred to in the media as “superbugs.” Scientists have been warning about the severity of health risks posed by these superbugs for years, but with these warnings ignored the situation has progressively gotten worse.

Skip straight to the video!

Antibiotics are a miracle class of drugs that are cheap, highly effective and easy to produce. However their easy access and effectiveness has led to overuse, especially in farmed animals.
Because factory farmed animals are grown in cramped, dirty conditions, bacterial infections are very common - to combat this the animals are given antibiotics constantly in their food - even when they aren’t sick.

Bacteria cells reproduce very quickly - allowing them to adapt and evolve with new protections against our antibiotics. Every time bacteria reproduces there are various mutations (changes) within every newly created cell. Due to the constantly low-level exposure to antibiotics sometimes those mutations cause the cells to acquire a resistance to antibiotics - meaning the antibiotics will be useless against them.

Antibiotics kill all the bacterial cells apart from the cells that have gained a resistance - leaving the resistant cells to multiply and spread. This is how bacteria gets stronger and develops immunity against our antibiotics. When this happens we have to use a different antibiotic that the bacteria doesn’t yet have immunity to.

The last antibiotic was discovered in 1987 - almost 30 years ago. Meanwhile various strains of bacteria have been rapidly acquiring immunity to every antibiotic we have discovered, leaving us with a looming health crisis.

The constant overuse and abuse of antibiotics within farmed animals has caused several strains of bacteria to become resistant and a British study[1] shows that by 2050, antibiotic resistance could become even more deadly than cancer – with more than 10 million victims a year.

If we fail to act, we are looking at an almost unthinkable scenario where antibiotics no longer work and we are cast back into the dark ages of medicine"
​
— David Cameron, Former UK Prime Minister

The World Health Organization has classified antimicrobial resistance as a "serious threat that is no longer a prediction for the future, but is happening right now in every region of the world and has the potential to affect anyone, of any age, in any country".

This is a problem that’s facing us now. Drug resistant infections are already on the rise with numbers suggesting that up to 50,000 lives are lost each year to antibiotic-resistant infections in Europe and the US alone. Globally, at least 700,000 die each year[2] of drug resistance in illnesses such as bacterial infections, malaria, HIV/Aids or tuberculosis.

Although this problem is common across all sectors of the animal agriculture, the UK pig industry is especially responsible for this impending crisis - 60% of all antibiotics given to animals in the UK are given to pigs with their feed - necessary due to the filthy enclosed conditions they are confined in their entire lives.

Although Colistin is regarded as an "emergency" last-line-of-defence drug China uses 12,000 tons of colistin in animal farming each year,  the U.S. uses 800 tons and 400 tons are used in factory farms in Europe. This has caused the rise of a new antibiotic resistant gene “MCR-1” within the worldwide pig population. It is completely resistant to colistin and it has been found in pigs across Europe including the UK.

Even more worryingly, this gene can easily transfer between common bacteria such as E. coli, salmonella and bacteria associated with pneumonia, causing these infections to become completely untreatable.

A short thriller/documentary was recently released starring two-time world champion free-running athlete Tim Shieff in order to wake people up to the grim reality that the meat industry is creating for us. The documentary, named Swine, can be watched here:

The creators of the documentary, Damien Clarkson and Robbie Lockie note: “We hope this film shines a light on the secretive world of factory farms. Antibiotics have saved thousands of lives every day and the actions of factory farms are making the spectre of an antibiotic resistant future a real possibility”.

This isn’t a new problem - antibiotic resistance developing in the pig population was discussed in the UK parliament as far back as 1953.

However the meat industry is simply ignoring this impending crisis - they can’t afford to improve the conditions on their farms. Any farm investing on improving conditions and making them more sanitary means they’ll have to sell the meat at a much higher, and thus uncompetitive price  - so it’s a constant race to the bottom. Pigs are widely accepted to have the same intelligence as dogs, which makes this even more barbaric.

The meat industry has brought about an impending health crisis of epidemic proportions merely to turn a quick profit. Life-saving drugs are being rendered completely useless, putting billions of people at risk, just so farmers can profit by reducing losses in the animals prior to slaughter.

Instead the meat industry in the UK comes up with it’s own meaningless certification - “Red Tractor” to try and prop up waning consumer confidence. An undercover investigation found absolutely horrific conditions in Red Tractor farms.

What they found certainly isn’t for the faint of heart, but if you eat pig flesh then it’s what your money is directly supporting - as well as contributing to the inevitable problem of antibacterial resistance.