The World is Waking Up

uncovering the global consolidation of power in nearly every aspect of our lives.

THRIVE is an unconventional documentary that lifts the veil on what's REALLY going on in our world by following the money upstream -- uncovering the global consolidation of power in nearly every aspect of our lives.

At age 14, Foster Gamble had a vision where he glimpsed what he perceived to be the Universe’s fundamental energy pattern. He spent the next 35 years trying to figure out the details and implications of what he had seen. That quest took two paths: a scientific journey and an exploration of the human potential to navigate successfully through the challenges threatening our survival. THRIVE represents the convergence of these two paths.

While at Princeton University, Foster helped to create their first film-making department. At the time, the emergence of a global media delivery system seemed likely, and Foster’s love of film combined with his concern for the planet inspired him to focus on what would be the most critical content to one day deliver through that system.

In his search for a way out of our violence and demise, Foster discovered Aikido – the non-violent martial art – which proved for him the possibility of being simultaneously powerful and gentle. He earned a third degree black belt and trained in and taught Aikido for 15 years.

Applying Aikido principles to daily life informed Foster’s professional career: He created a training and technology company, MindCenter, that employed brainwave biofeedback to help people learn how to manage stress and to tune their consciousness. He also created Interaction Dynamics, a training program for mastering skills in communication, team-building and conflict resolution for couples, business teams, schools and families across the United States. He combined Aikido energy principles and mind fitness techniques in Zonesport Training, which tapped his passion for sports in helping high level athletes to enhance their performance. Addressing the demands of balancing his own personal, family and professional lives led Foster to create a program called LifeBalance.

Furthering his exploration of what was keeping humanity from thriving, Foster spent nearly a decade “following the money” in every sector of human endeavor. The process revealed an understanding of our predicament that led him to create the strategic solutions offered in THRIVE. Foster’s exploration of “living geometry” – how nature builds the “material” world, came to fruition in 1997 when he co-convened the Sequoia Symposium, a multi-disciplinary scientific think tank exploring perspectives on “Unification Theory.”

There, the primary patterning that the universe uses to sustain healthy systems was clarified and cohered, as was its use as a blueprint for us to design sustainable, all-inclusive technologies and social systems. This discovery represents the convergence of science and the evolution of consciousness that Foster set out to explore after his initial vision, and is the “code” that is featured in the documentary film, THRIVE. 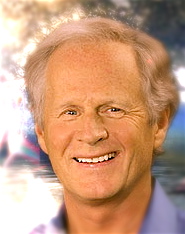 THE WAYSEER MANIFESTO / WELCOME HOME
The written text of the above Video.
All you rule-breakers, you misfits and troublemakers - all you free spirits and pioneers - all you visionaries and non-conformists ...Everything that the establishment has told you is wrong with you - is actually what's right with you.

You see things others don't. You are hardwired to change the world. Unlike 9 out of 10 people - your mind is irrepressible - and this threatens authority. You were born to be a revolutionary.

You can't stand rules because in your heart you know there's a better way.

You have strengths dangerous to the establishment - and it wants them eliminated, So your whole life you've been told your strengths were weaknesses - Now I'm telling you otherwise.

Your impulsivity is a gift - impulses are your key to the miraculous,

Your distractibility - is an artifact of your inspired creativity,

Your mood swings - reflect the natural pulse of life, they give you unstoppable energy when you're high and deep soulful insight when you're low,

Been diagnosed with a "disorder"? That's society's latest way to deny it's own illness by pointing the finger at you. Your addictive personality is just a symptom of your vast underused capacity for heroic, creative expression and spiritual connection. your utter lack of repression, your wide eyed idealism, your unmitigated open mind - didn't anyone ever tell you?! these are the traits shared by the greatest pioneers and visionaries and innovators, revolutionaries, procrastinators and drama queens, activists on the social scene, space cadets and mavericks, philosophers and derelicts, business suits flying fighter jets, football stars and sex addicts, celebrities with ADD, alcoholics who seek novelty, first responders - prophets and saints, mystics and change agents.

You know in your heart that there's a natural order to life,
something more sovereign than any man-made rules or laws could ever express.

This natural order is called "the Way."

The Way is the eternal substrate of the cosmos. It guides the very current of time and space. The Way is known by some as the Will of God, Divine Providence, the Holy Spirit, the implicate order, the Tao, reverse-entropy, life-force, but for now we'll simply call it "the Way." The Way is reflected in you as the source of your inspiration, the source of your passions, your wisdom, your enthusiasm, your intuition, your spiritual fire - love. The Way takes the chaos out of the Universe and breathes life into it by reflecting divine order. The Way, when experienced by the mind, is genius, when perceived through the eyes is beauty, when felt with the senses is grace, when allowed into the heart ... is love.

Most people cannot sense the Way directly. ... But then there are the Wayseers. The keepers of the flame. Wayseers have an unexplainable knack for just knowing the Way. They sense it in their very being. They can't tell you why or how they arrived at the right answer. They just know it in their core. They can't show their work. So don't ask. Their minds simply resonate with the Way. When the Way is present, so are they.

While others are blind to it, and society begs you to ignore it, "the Way" stirs you inside. Neurological repression blocks most people's awareness of the Way - censoring all thoughts and impulses from the unconscious is their prefrontal cortex - the gestapo of the brain -  nothing which violates its socialized programming even gets through; but your mind is different. your mind has been cracked wide open to the Way - by some miraculous genetic trait, some psychotropic chemical or maybe even by the will of your very soul, your brain's reward pathways have been hijacked - dopamine employed to overthrow the fascist dictatorship of your prefrontal cortex - now your brain is free of repression, your mind free of censorship, your awareness exposed to the turbulent seas of the unconscious - through this open doorway divine light shines into your consciousness showing you the Way. This is what makes you a Wayseer.

90% of human civilization is populated with those who's brains are blocked to the Way.  Their brains are hardwired to enforce the social programming indoctrinated since birth. Unlike you they cannot break out of this programming, because they have not yet experienced the necessary revolution of mind. These programmed people take social institutions and rules very seriously. Society is full of games programmed to keep peoples' minds occupied so they will not revolt. These games often cause sick fixations on peculiar protocols, power structures, taboos and domination - all subtle forms of human bondage - This distinct form of madness is not only tolerated by the masses but insisted upon. The programmed ones believe in rules so forcefully they become willing to destroy anyone who violates them.

Wayseers are the ones who call their bluff.  Since Wayseer minds are free to reject social programming, Wayseers readily see social institutions for what they are - imaginary games.  Wayseers comfort the disturbed and disturb the comfortable. Helping those who are lost in these games and refuse to help themselves is a calling of many Wayseers. Since Wayseers are the ones who keep contact with the original source of reality - they are able to disrupt societal conventions and even governments to realign humanity with the Way.

The Wayseers are an ancient lineage. A kind of priesthood - carriers of the flame - ones "in the know."  There must always be Wayseers to reform the dizzying psychotic spinning gears of society - giant mindless hamster wheels obscuring the pure blue sky, keeping humanity shackled in a darkened cage - so Wayseers are called - to shed light on the madness of society - to continually resurrect the timeless transcendent Spirit of Truth -

Wayseers reveal this divine truth by devoting themselves to the birth of some creative or disruptive act expressed through art or philosophy, innovations to shake up industry, revolutions for democracy, coups that topple hypocrisy, movements of solidarity, changes that leave a legacy, rebellions against policy, spirit infused technology, moments of clarity, things that challenge barbarity, watersheds of sincerity, momentous drives for charity

This is your calling, Wayseer.
You've found your tribe.
Welcome home.