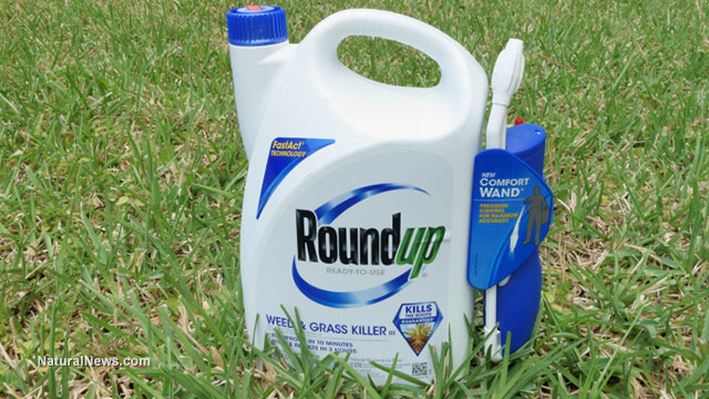 by: Ethan A. Huff, staff writer

(NaturalNews) One of the lead scientists who helped conduct the World Health Organization (WHO) study on Monsanto's Roundup herbicide that determined the chemical to be "probably carcinogenic" has now gone on record saying that glyphosate is "definitely genotoxic."

Professor Christopher Portier, speaking at a recent scientific briefing on glyphosate in Westminster, London, told listeners that there's "no doubt" in his mind that glyphosate, the primary active ingredient in Roundup, causes genetic damage that can lead to cellular malfunction and cancer.

The event was put on by the U.K.-based Soil Association, which is pushing British authorities to implement a full ban on the use of glyphosate, which is commonly sprayed on genetically-modified (GM) crops and used as a pre-harvest ripening agent to help control weeds.

Recent data published by the Soil Association reveals that glyphosate use has increased by 400 percent in the U.K. over the last 20 years, and the chemical routinely shows up in bread samples. Data released by the Defra committee on Pesticide Residues in Food (PRiF) shows the presence of glyphosate in up to 30 percent of U.K. bread samples, along with two other pesticide chemicals.

Pointing out that glyphosate has never been proven safe or effective - unsubstantiated claims to the contrary almost always come directly from the chemical industry - Prof. Portier and others warned listeners that something needs to be done to mitigate this widespread threat to public health.

"Glyphosate is everywhere throughout our food chain - in our food and water," stated Dr. Robin Mesnage from the Department of Medical and Molecular Genetics at Kings College in London.
"The lack of data on toxicity of glyphosate is not proof of safety and these herbicides cannot be considered safe without proper testing."

Dr. Mesnage presented shocking data showing that, despite the clear and present dangers of glyphosate, the complete Roundup formula is even worse. Based on the results of independent tests, Roundup was shown to be orders of magnitude more deadly than glyphosate alone.

"We know Roundup, the commercial name of glyphosate based herbicides, contains many other chemicals which, when mixed together, are 1,000 times more toxic than glyphosate on its own," he stated at the meeting.

Unlike other European countries that have taken WHO's International Agency for Research on Cancer (IARC) report more seriously by implementing restrictions or bans on the use of glyphosate, the U.K. has dragged its feet. This, says GMWatch editor Claire Robinson, is simply unacceptable.

"Outside the United Kingdom, the reaction to the WHO IARC report has been dramatic," she stated. "Some retailers in Switzerland and Germany have removed glyphosate products and France has committed to do so by 2018 and German states are calling for an EU wide ban."

"The Danish Working Environment Authority has declared it as a carcinogen and El Salvador and Sri Lanka have banned it and the Colombia government has banned aerial spraying on coca crops."

U.S. worst of all: No restrictions on glyphosate use whatsoeverThe rapid response of many other nations in addressing toxic glyphosate following the release of the IARC report only further highlights the endemic corruption of the U.S. government, which has done absolutely nothing to limit human exposure to this deadly chemical poison.

Natural News is attempting to do its part with the launch of two petitions calling on Lowe's and Home Depot to voluntarily remove Roundup from their stores.

Healthy food vendor Tropical Traditions has also developed an advanced labeling and product-testing system known as "Healthy Traditions" that the company has used to introduce a completely glyphosate-free product lineup.

Explore more on Glyphosate dangers by searching on GoodGopher.com,
the search engine for truth seekers.

Join over four million monthly readers. Your privacy is protected. Unsubscribe at any time.

Monsanto: The world's poster child for corporate manipulation and deceit

Vicious vaccine culture war now being waged against informed, intelligent Americans who seek to protect their children from deadly side effects

131 Ways for an Infant to Die: Vaccines and Sudden Death