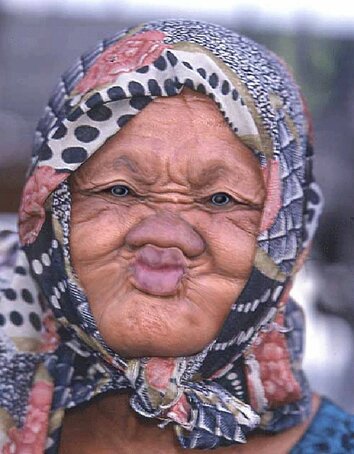 This is why we get older

It is the damage to our DNA - Stem Cells that causes problems ...

make it the anti-aging algae. 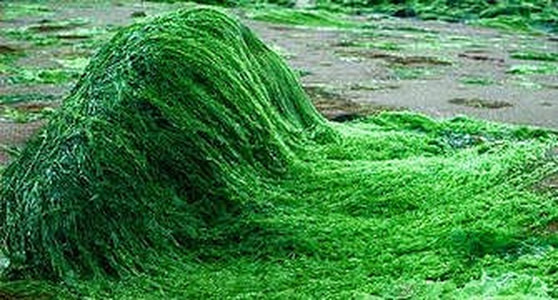 (NaturalNews) Studies have revealed that the consumption of Aphanizomenon flos-aquae (AFA) has beneficial effects on adult stem cells. That's great news for those concerned about the effects of aging, because stem cells are incredibly important to our health, playing a major role in the ability of the body to age well.

Aphanizomenon flos-aquae - otherwise known as AFA - is a microalgae. It is similar to its better known cousins spirulina and chlorella, but has different growth habits and produces different effects in the human body.

While AFA, spirulina and chlorella are valued by health-conscious people for the amazing nutrition they provide and their associated health benefits, all microalgae are important to the survival of our planet. At least 40 thousand species have been identified.

They form the basis of the food chain and are estimated to provide 80-90% of the world's food and oxygen, but only a handful of these species are consumed by humans. AFA is one of those.

What are stem cells and what do they do?

For example, if the liver is damaged, stem cells will be released and become liver cells,
repairing the damaged liver and restoring health.

If the skin is damaged, stem cels will again be released. They are transported to the damaged area where they morph into skin cells, repairing the skin and returning it to a healthy condition.

Stem cells are how the body heals itself.

The human body is constantly breaking itself down and rebuilding throughout our lifetime. Cells are damaged or die off and are then replaced. However, adult stem cells are more susceptible to oxidative stress and may have a reduced restorative capacity as we age.

Problems occur when stem cells are unable to be released fast enough to repair damage as it occurs. This is when ill health and aging become apparent.

AFA helps to support stem cells as we age.

AFA contains more chlorophyll than any other food. Chlorophyll itself is incredibly beneficial to health and is only one atom away from hemoglobin (our oxygen-carrying red blood cells).

Perhaps this is part of the reason why AFA has been shown in studies to promote proliferation of human stem cell numbers, increasing their ability to reverse the breaking down of the body and potentially slowing or halting the aging process.

How do I take AFA?

Aphanizomenon flos-aquae is best taken in a powdered form to avoid the fillers and binders often found in tablets. It can be mixed in water or juice, or added to a smoothie and taken once or twice a day. It's also a great idea to take it in a blend combined with spirulina and chlorella, as all three have different beneficial effects in the body.

Combined, these three microalgae truly provide the body with superb nutrition and have numerous positive effects on health; however, always ensure that you buy an organic brand from a reputable source to ensure no contamination with pesticide residues or heavy metals.

About the author:
​
Sue Woledge is a natural therapist, writer and the owner of www.ahealthymeal.com and here. 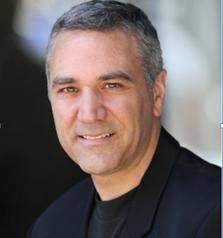 ​Diseased or Damaged Cells in our Body 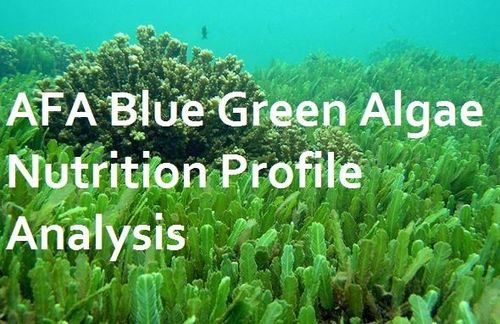 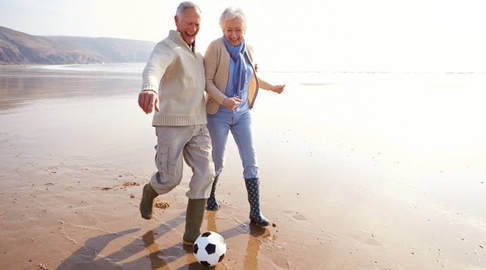 Recent scientific findings indicate that aging is closely associated with a loss of the number and function of adult stem cells throughout the body.1-5

Researchers have concluded that protecting those essential stem cells could play an important role in slowing and partially reversing aging.

These studies revealed that extracts from berries and green tea, the dipeptide carnosine, and vitamin D—have the ability to favorably alter gene expression, and are capable of exerting powerful regulatory effects on stem cells and their environment.

These findings should help to crystalize the importance of utilizing natural molecules as a means of slowing aging.

It has been shown that connecting the circulation of an older animal with that of a younger one reduces the function of the younger animal’s muscle and brain stem cells and appears to accelerate aging.4,7 Components in the blood of the older animal interact with stem cells in the younger one, impairing their function.

Scientists at the James A. Haly Veterans Affair Hospital in Tampa tried to reverse that effect by treating older rats with a specific nutrient formulation, then observing the effects of the rats’ nutrient-rich blood on stem cells from other animals, both young and old.7

They fed young and aged rats either a standard diet or a nutrient-rich diet composed of a mixture of blueberry, green tea, vitamin D, and carnosine—all nutrients with known cell-protective effects—for 28 days. At the end of that period, the researchers collected blood serum from the older, supplemented rats and applied it to cultures of adult rat stem cells. One group of stem cells came from the memory-intensive brain area called the hippocampus, and the other from bone marrow, where blood cells and platelets are formed.

Serum from aged rats that were on the control diet had the expected effect on the cultured stem cells: their division rates slowed dramatically, producing fewer new stem cells. But serum from the supplemented aged rats did not cause those changes, and in fact produced results not different from those of serum obtained from young rats. This study demonstrated that targeted nutrient supplementation alone could rescue aging stem cells involved in both brain and blood system functions.

Stem cells, unlike any other cells in the body, can self-renew and differentiate into many different kinds of cells.5

When tissue is damaged, tissue-specific stem cells leap into action, quickly forming into functional replacements for the damaged cells.4,5 In short, adult stem cells account for the healthy adult body’s ability to self-heal, and to retain its youthful vigor.

Recent studies now show that stem cell function declines with advancing age—falling victim to such threats as oxidative stress, inflammation, and DNA damage—and results in impaired ability of tissues and organs to repair themselves.1 In this way, aging itself is closely related to the accumulation of dysfunctional stem cells.1-5

Fortunately, one of the very causes of stem cell dysfunction can now be leveraged to prevent or reverse such dysfunction. Regulation through favorable alterations in gene expression is considered a major means of establishing and maintaining normal stem cell activities.2,4 We can now provide to living stem cells substances that exert favorable changes.

A growing number of studies demonstrate that application of a number of molecules that support metabolic function, protect against oxidative stress, prevent inflammation, and protect DNA repair can enhance the numbers – and function – of aging stem cells.9,11,12

The studies discussed in this article demonstrate that many commonly-used nutraceuticals may in fact produce their age-decelerating, organ-protecting, and life-extending effects at least in part by protecting adult stem cells.

The second important study recently published demonstrated the impact of vitamin D on brain stem cells in a mouse model of multiple sclerosis (MS). MS is an autoimmune disease that damages nerve cells by impairing their ability to conduct signals. While treatments can slow the disease, it is considered incurable.8

Researchers used a mouse model of MS to determine whether vitamin D treatment could improve nerve function by protecting neuronal stem cells and by promoting their functions. Amazingly, they found that vitamin D supplementation reversed the nerve cell damage created by MS.8

Furthermore, they found that the supplement promoted the proliferation of neuronal stem cells, which contributed directly to improved brain function, and to their apparent recovery from MS. This study offered additional insights into how vitamin D could directly contribute to alleviating a condition in which adult stem cell function is compromised.

The third important study also focused on stem cells in the brain and the impact of specific nutrients on brain function. Here, the researchers based their work on the observation that the decline in aging brain stem cells appears to be closely associated with increased levels of inflammatory signaling molecules, or cytokines.6

They supplemented rats with carnosine, blueberry, green tea, and vitamin D, the same group of nutrients previously proven to rescue aging stem cells. They found that supplemented animals had a large number of changes in the expression of genes concerned with a range of cellular functions.6

But the researchers dug deeper and made a remarkable discovery—the nutrient combination increased the production of genes that prompt progenitor cells (stem-like cells living in brain tissue) into becoming functioning adult neurons. In other words, it helped create healthy new brain cells.

This study powerfully demonstrates how targeted nutrients can favorably alter the environment faced by tissue stem cells in the brain, reducing the risk that they will develop into impaired, aged stem cells, and promoting their development instead into functioning adult brain cells. This is especially important for those at risk for neurodegenerative diseases like Alzheimer’s and Parkinson’s. These diseases are known to be associated with declining rates of brain cell renewal, which we now recognize requires healthy stem cells.6,10

Together, these three recent studies strongly indicate that specific nutrients can produce tremendous effects on adult tissue stem cells, helping protect them against the destructive impact of environmental factors, and preserving their ability to naturally heal tissues and restore their youthful function.

Let’s now turn to a brief review of the stem cell-protecting properties of some other familiar nutrients.

One large group of researchers has published extensively on their studies with a nutrient combination containing polyphenols from blueberry and green tea, as well as carnosine and vitamin D. Their work has shown that these nutrients promote the proliferation of healthy human adult stem cells, protect those cells from the destructive effects of oxidative stress, and produce improved cognitive and memory function in animals as a result of enhanced brain stem cell proliferation.9,11,12

Numerous other studies show that other common, readily-available nutritional supplements can also boost stem cell function in a meaningful way, to further slow stem cell-related aging. Let’s take a look at the highlights:

Recent research has revealed the crucial role of adult stem cells in promoting healing and regeneration following damage. Over time, their loss of function deprives our tissues of their youthful ability to recover from damage and regenerate themselves. This contributes to the loss of function that we see as aging.

The good news is that rejuvenating those adult stem cells can lead to a partial reversal of aging in our tissues. Even better, three landmark studies have shown us that rejuvenation of adult tissue stem cells is within our reach.

Supplementation with a variety of nutrients has been shown to restore the healing and regenerative capacities of aging adult stem cells, and results in the restoration of youthful function to the tissues where those stem cells reside.

The pace of scientific discovery in the nutrients realm continues to accelerate, opening the real possibility that many other nutraceuticals will be found to exert their health-promoting effects at least in part by stimulating stem cell recovery.

If you have any questions on the scientific content of this article, please call a Life Extension® Wellness Specialist at 1-866-864-3027. 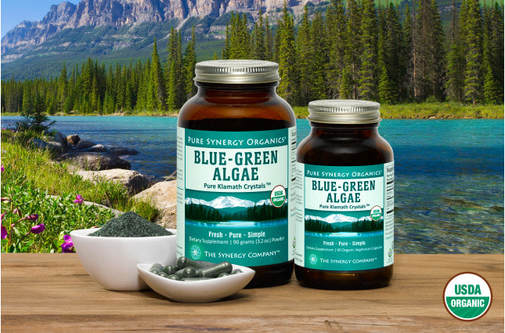