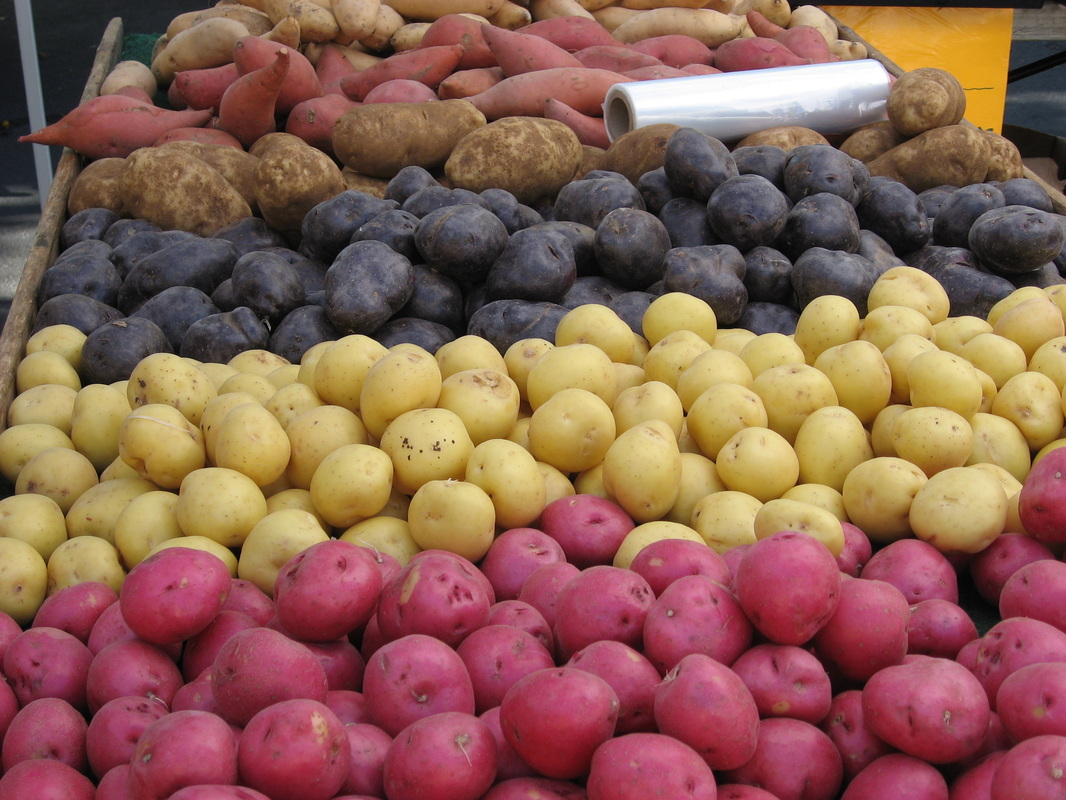 (BOISE)  A potato genetically engineered to resist the pathogen that caused the Irish potato famine is as safe as any other potato on the market, the Food and Drug Administration says.

In a letter Tuesday to Idaho-based J.R. Simplot Co., the FDA said the potato isn’t substantially different in composition or safety from other products already on the market, and it doesn’t raise any issues that would require the agency to do more stringent premarket vetting.

“We’re pleased and hope that consumers recognize the benefits once it’s introduced into the marketplace next year,” Doug Cole, the company’s director of marketing and communications, said Wednesday.

Before the potato is marketed to consumers, it must be cleared by the U.S. Environmental Protection Agency, Cole said. That’s expected to happen in December. The U.S. Department of Agriculture approved the potato in August.

There is no evidence that genetically modified organisms, known as GMOs, are unsafe to eat, but for some people, altering the genetic code of foods presents an ethical issue. The food industry has faced pressure from retailers as consumer awareness of genetically modified foods has increased. The retailer Whole Foods plans to label GMO products in all its U.S. and Canadian stores by 2018. And some companies have decided to remove the ingredients altogether.

The Russet Burbank Generation 2 is the second generation of Simplot’s “Innate” brand potatoes. It includes the first version’s reduced bruising, but less of a chemical produced at high temperatures that some studies have shown can cause cancer.

The second-generation potato also includes an additional trait that the company says will allow potatoes to be stored at colder temperatures longer to reduce food waste.

Haven Baker, vice-president of plant sciences at Simplot, said late blight—the cause of the Irish potato famine—remains the No. 1 pathogen for potatoes around the world.

“This will bring 24-hour protection to farmers’ fields and, in addition, has the potential to reduce pesticide spray by 25 to 45 per cent,” Baker said.

The late blight resistance comes from an Argentinian variety of potato that naturally produced a defence.

“There are 4,000 species of potatoes,” Baker said. “There is an immense library to help us improve this great food. By introducing these potato genes we can bring sustainability and consumer benefits.”

The company has already been selling its first generation of Innate potatoes to consumers, selling out its 2014 crop and currently selling the 2015 crop of about 2,000 acres.

Cole said those potatoes were mostly grown in Idaho and Wisconsin, and are being sold in supermarkets across the nation.

But one of the company’s oldest business partners—McDonald’s—has rejected using any of Simplot’s genetically engineered potatoes.
​
Cole said the company plans to introduce the potatoes to other restaurants and hotel convention centres as precut and pre-peeled potatoes, where he said the resistance to bruising makes them a good product. 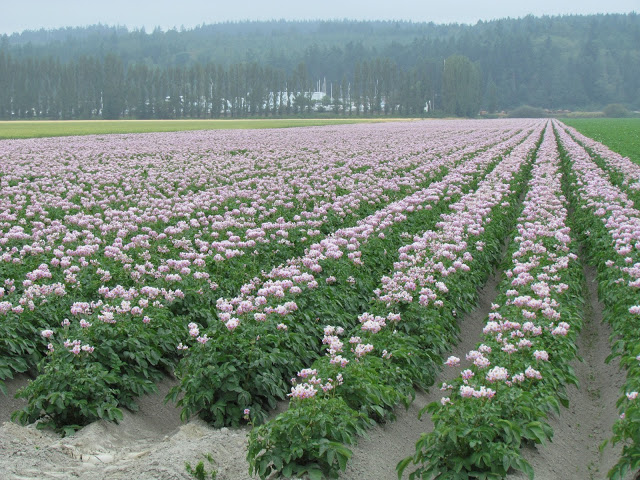 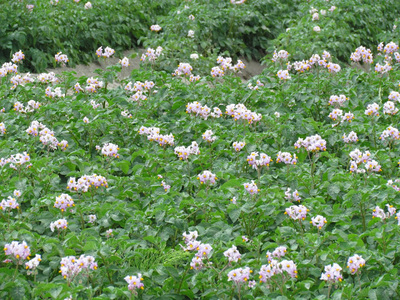 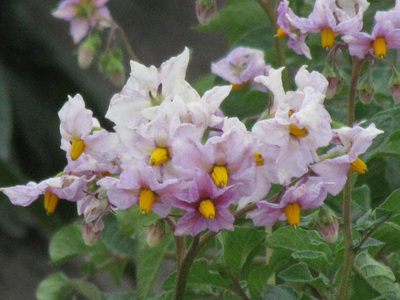 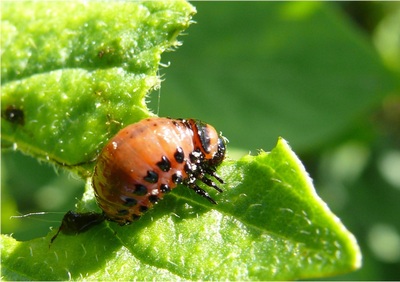 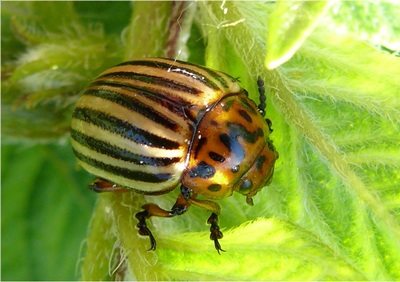 A Nutritional History of the Potato

by The Gerson Institute

Many people are surprised to learn that potatoes play such an important role in the Gerson diet. Through no fault of their own, potatoes have gotten a bad reputation nutritionally. If the most popular way to eat kale involved being deep-fried, covered in salt and doused with preservatives – well, even kale’s reputation might suffer a little.

Potatoes are actually incredibly nutritious. In fact, during the Klondike gold rush of 1897 in Alaska, potatoes were literally worth their weight in gold. Gold was far easier to find in Alaska than was vitamin-rich, nutritious food.

The nutritional value of potatoes became apparent to European sailors soon after they were introduced to the crop, which is indigenous to the Andean region of South America. Thanks to their high vitamin C content – and being less perishable than many other fruits and vegetables – potatoes helped protect sailors against scurvy, a vitamin C deficiency that causes sores, pale skin and depression.

In addition to vitamin C, potatoes are a good source of vitamin B6 and niacin (vitamin B3 and nicotinic acid). Potatoes are also rich in minerals, including iron, copper, manganese and tryptophan. In fact, potatoes contain all twenty-one amino acids, which are the building blocks of protein, thus forming complete proteins upon digestion.

“Most of the negative health effects we associate with potatoes have nothing to do with the potato itself.”Part of what makes the potato such an excellent component of the Gerson diet is the fact that potatoes are naturally high in potassium and low in sodium – so long as we don’t bring out the salt shaker! Potatoes are actually a better source of potassium than are bananas. This is pivotal for patients with cancer, as Dr. Gerson found that restoring the body’s sodium-potassium balance was critical in restoring the body to health.

Most of the negative health effects we associate with potatoes have nothing to do with the potato itself. It’s our penchant for frying this poor veggie, slathering it in oil and butter, and dousing it with salt!

However, it is true that potatoes (like tomatoes, eggplant, bell peppers and the goji berry) are part of the nightshade family. Plants in the nightshade family produce toxic chemicals within the plant called alkaloids. Wild potatoes produce solanine and tomatine, toxic compounds meant to defend the plant from fungi, bacteria – and us! Following the example of the vicuña (wild relatives of the llama) the indigenous people of the Andes learned to eat clay when eating the potato. The fine clay particles surround the toxins in the stomach, allowing the alkaloids to pass through the digestive system without affecting it. Over the centuries, the Andean peoples cultivated less toxic varieties of potato – but some of the more toxic varieties are still sold, along with clay, in Peruvian markets.

Luckily, no clay is needed to digest modern potatoes, which have developed over the centuries to be better suited to human consumption. However, you should be careful never to add any potato greens to your salad, as this part of the plant is highly toxic. Exposure to light causes potatoes to increase the production of solanine, giving them a green tinge, so don’t store your potatoes in a sunny spot in the kitchen. Keep them in a cool, dark place. Be sure to avoid any green potatoes, and if your potatoes begin to sprout, make sure to remove the sprout, which also has a higher level of solanine.

Most people have absolutely no trouble eating plants in the nightshade family. However, there is some research that suggests people with chronic musculoskeletal pain experience relief after eliminating nightshade vegetables from their diet.

​As always, it is important to pay attention to the messages your body is sending you – and talk to your naturopath or doctor about any symptoms you are experiencing. It has not been our experience though, that people following the full Gerson Therapy – including the strict diet, enemas, juices and supplements – experience negative reactions to nightshades.

The potato is also a strong example of how, in our quest for large-scale efficiency of production, modern agriculture fails to appreciate the value of genetic diversity.”Interestingly, potato farming has also played a large role in the creation of the agro-industrial complex. Farmers used the world’s first intensive fertilizer (guano) to encourage potato production and the first artificial pesticide, Paris Green, a form of arsenic, was used to combat the Colorado potato beetle.

The potato is also a strong example of how, in our quest for large-scale efficiency of production, modern agriculture fails to appreciate the value of genetic diversity. Although there are over 5,000 different varieties of potatoes, few grow outside the Andean highlands. Environmental scientist, Karl Zimmerer, observes that the range of potatoes in a single Andean field “exceeds the diversity of nine-tenths of the potato crop of the entire United States.”

More and more people are beginning to realize that our health as individuals and as a species is inextricably linked to the quality of the food we eat and the health of soil on which we all depend.

Unfortunately, modern agriculture still clings to the toxic treadmill of insecticides and simple fertilizers. As more and more people wake up to new ways of eating and living, this too will change. Until then, buy organic potatoes. If possible, buy local potatoes. Better yet, grow your own potatoes!

This article originally appeared in the new Summer 2014 issue of the Gerson Institute’s quarterly newsletter, Healing News. This month, we unveiled a brand-new look for theHealing News, and are making it available to more people than ever before!

To be put on the Healing News mailing list, simply make a donation–of any size!–to the Gerson Institute. You can choose to have the newsletter mailed to you in hard copy, or to save a tree and receive a digital copy by email. 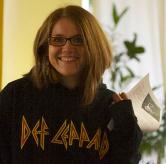 Mikhaela Payden-Travers is the Gerson Institute’s Development Coordinator, managing the Institute’s various fundraising programs. A grassroots fundraiser with experience working for small organizations in the United States, Guatemala and Mexico, Mikhaela joined the Institute in the summer of 2009.

She is currently finishing her master’s degree in Nonprofit Management at the University of San Diego, but when she’s not at school or at the Institute, she enjoys running, reading Umberto Eco and rescuing Tijuana street dogs.