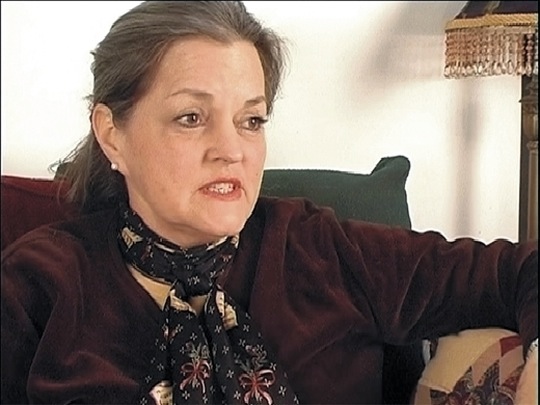 Leuren Moret, an internationally recognized Geoscientist and specialist on the environmental and biological effects of ionizing radiation.

In 1968, she was first women to graduate from UC Davis with a B.S. in Geology.  At that time she made aware of secret mind control experiments at the "monkey colony", by students working there.  Hidden away from the campus in a peach orchard on university property, horrific experiments were conducted on monkeys with the tops of their heads cut off and wires coming out of their brains, which were later described and photos published in the media by opponents of animal experimentation.

Many years later while doing research on the resulting mind control applications for HAARP, she discovered a photograph in a 1964 UC Davis newsletter, of Edward Teller (known as Dr. Strangelove) with New York Governor Nelson Rockefeller by his side, at the dedication ceremony for the new Applied Science Facility where the animal experiments were adapted for human applications and global HAARP transmissions.  The human experiments were conducted in a "safe house" under the MKULTRA program, in Livermore, California...

FUKUSHIMA: Impact of Fallout on the Ocean

by Leuren Moret, MA, PhD ABT

This is where you'll find Leuren's Current Writings, Videos, Articles

Leuren's analysis of which past events are most impacting our present society, environment and future.