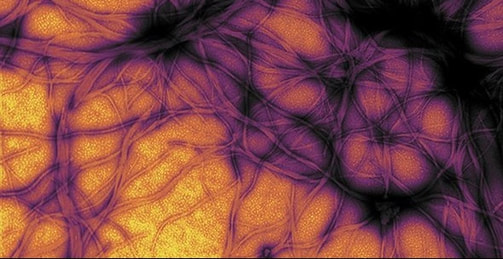 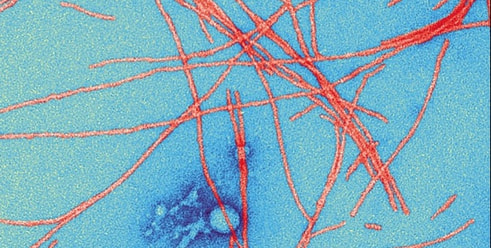 neurodegenerative diseases found in humans and in mammals.

Prions can be transmitted,

and certainly by inoculation either directly into the brain or into skin and muscle tissue.

Is Alzheimer's Disease Caused by a Prion?
​
Now, a study in Nature reveals the first evidence for human-to-human transmission of the misfolded proteins that underlie the pathology of Alzheimer's disease. ...

​Some of these samples were contaminated with prions that caused certain patients
​to develop Creutzfeldt-Jakob disease (CJD), a rare and fatal brain disorder.

In the 25 years that John Collinge has studied neurology, he has seen hundreds of human brains.
But the ones he was looking at under the microscope in January 2015
were like nothing he had seen before ...

... for Collinge, this led to a worrying conclusion: that the plaques might have been transmitted, alongside the prions, in the injections of growth hormone—the first evidence that Alzheimer's could be transmitted from one person to another.

Do Vegans Get Alzheimer's?

Recent research suggests that Alzheimer's disease, like heart disease and strokes, is linked to the saturated fat, cholesterol, and toxins found in meat and dairy products.

​Studies have shown that people who eat meat and dairy products have a greater risk of developing Alzheimer's disease than do vegetarians.

by Discovery That Key Protein Behaves

This article was first written by Newsweek

Alzheimer’s disease may spread though the brain like an infection, a new study has found. Most scientists agree that tau proteins are one of the main causes of Alzheimer's and now, for first time, researchers observed the protein in real-time as it spread throughout neurons in the brain. The finding may fundamentally change how we think about Alzheimer’s disease, and in turn affect how we treat the disorder as well.

The findings published online in the journal, Brain appear to support the theory of transneuronal spread, IFL Science reported. Tau proteins normally aid in brain function, but can become defective or collapse and then form tangles, which may lead to the onset of Alzheimer's. The transneuronal spread theory suggests that the proteins spread just like an infection and areas with the largest build-up of proteins will then pass these on to the surrounding connections. While this idea has been shown in mice, this is the first time researchers have seen it happening in human brains.

Related: Brains Age Suddenly At Around 40, But This Gene May Stop It And Even Prevent

Alzheimer's Along The Way

​The researchers were able to study the brains of AD patients in real time.

Trending: What Are Fast Radio Bursts and Why Do They Look Like Aliens?

"This is an important step on the journey towards effective treatments for Alzheimer's disease," lead author, Dr. Thomas Cope from the Department of Clinical Neurosciences at the University of Cambridge, told Newsweek. "It implies that treatments to prevent the spread of abnormal tau between neurons might be effective in humans."

Most of what we know about Alzheimer's is derived from looking at the brains of dead patients, but in this new study, the research took a novel approach by peering into the brains of still-living patients using a technique called positron emission tomography.

This involves injecting the patients with a radioactive substance that specifically binds to tau proteins and then using a scanner to see these proteins' movements. The researchers monitored the brains of 17 Alzheimer's patients and results gave them a rudimentary idea of how tau proteins moved and behaved.

Understanding how Alzheimer's develops is critical to treating it. If doctors know how the disease spreads throughout the brain then they may be able to develop ways to slow down this spread or even stop it completely.

For now, more research is needed before this finding can have clinical applications and potentially help treat an illness that affects 5.5 million Americans and counting.

"The ultimate goal of us all is to prevent this devastating illness from causing the widespread brain damage that leads to dementia and loss of independence," added Cope.

This article was first written by Newsweek 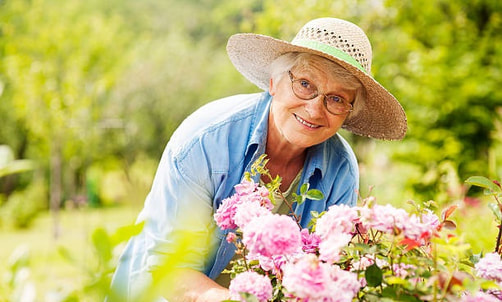 What Disease is Caused by a Prion? 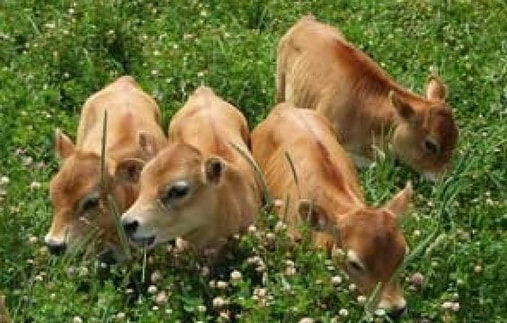 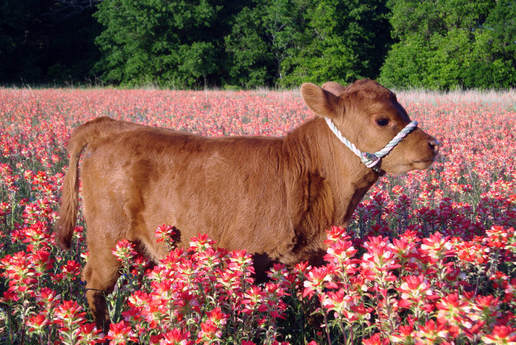 Prion Disease and the Safety of our Food Supply - Examining

Brain Diseases May Spread from Animals to Humans More Easily than.

A case of prion disease acquired from contaminated beef - Virology 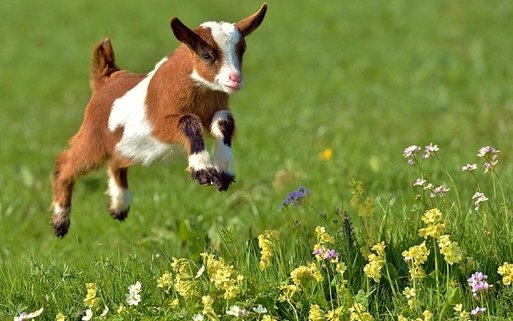 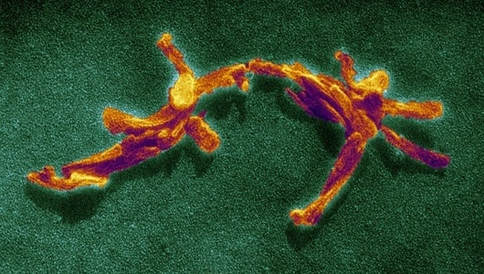 Prionoses are a group of human and animal neurodegenerative diseases caused by prions, infectious pathogens that differ from bacteria, fungi, parasites, viroids, and viruses. Despite intensive searches over the past three decades, no nucleic acid has been found within prions and considerable experimental data argue that prions are composed exclusively of proteins (glycoproteins).

Normal prion protein (PrPC) is encoded by a gene present in all nuclear cells of humans and other mammals but is constitutively expressed mainly in neurons. PrPC is protease sensitive and nonpathogenic but it can be modified to the pathological and protease resistant form designated PrPSC which is essential for infectivity.

Prion diseases are manifested as infectious, genetic, or sporadic disorders and are also named as transmissible spongiform encephalopathies (TSE). TSE culminate with a progressive and fatal degeneration of the CNS. The human prionoses include Creutzfeldt-Jakob disease (CJD), kuru, Gerstman-Sträussler-Scheinker syndrome (GSS), and fatal familial insomnia (FFI). In mammals, more than 15 different species have been described to suffer from prion disorders till now.

Scrapie of sheep and goats is the oldest and the most studied of the prion diseases. Bovine spongiform encephalopathy (BSE) and transmissible mink encephalopathy are thought to result from the feeding of scrapie-infected animal products, whereas BSE has been identified in transmission to mice, domestic cats, two exotic species of ruminant, and monkey.

More than 20 cases of clinically and pathologically atypical form of CJD, referred to as "new variant" CJD (vCJD) have been recognized in unusually young people in the United Kingdom. There is a strong evidence that the same prion strain is involved in both BSE and vCJD.

It suggest the breaking of species barrier which results by spreading of BSE to humans, putatively by dietary exposure. Understanding the function of prion proteins and their modification to the pathological form may give new insight into the etiologic and pathogenic mechanisms also other diseases caused by aberrant proteins, including Alzheimer' disease, amyotrophic lateral sclerosis, and Parkinson's disease. (Tab. 4, Fig. 3, Ref. 76.). 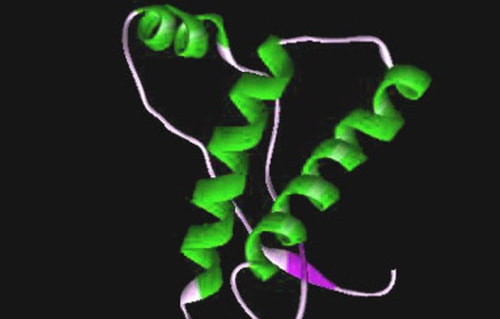 The word prion comes from an amalgam 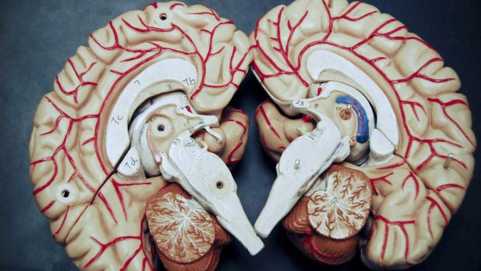 About Whether Alzheimer’s And Parkinson’s

​Could Be Infectious
HEALTH AND MEDICINE

PRION DISEASES ARE A RARE CLASS OF BRAIN DISORDERS

THAT ARE TRANSMISSIBLE BETWEEN ANIMALS OF ANY SPECIES, INCLUDING HUMANS.

Research published last week has identified the first new human prion disease in 50 years. The paper’s lead author, Stanley Prusiner, who won the Nobel prize in 1997 for his discovery that Creutzfeldt-Jakob disease (CJD) could be transmitted by a “misfolded” protein, says this new disease is also potentially infectious.

Prion diseases are a rare class of brain disorders that are transmissible between animals of any species, including humans. The archetypal such disease is kuru, which spread through cannibalistic rituals in the Eastern Highlands of Papua New Guinea.

Kuru affected mostly women and children of the Fore tribe, who ate brains and spinal cords of deceased relatives, and subsequently developed body tremors, balance problems and slurred speech. There’s no cure for kuru and sufferers always died. But it no longer strikes as cannibalism in the region has been eliminated.

Other prion diseases include scrapie in sheep and goats and bovine spongiform encephalopathy (BSE) in cows. When transmitted to humans during the “mad cow disease” outbreak in Europe, BSE resulted in variant CJD (vCJD).

The newly described addition to the prion disease canon, Shy-Drager syndrome (SDS) or multiple system atrophy (MSA), was first recognised in the early 1960s and has many features in common with Parkinson’s disease.

The most important of these is that a protein known as α-synuclein (α-syn) accumulates in the brain, in both Parkinson’s and SDS/MSA. This accumulation is very similar to what happens in CJD, where the prion protein (PrP) accumulates, and also in Alzheimer’s disease and other dementias, where two types of proteins, known as amyloid beta (Aβ-amyloid) and tau, build up in the brain.

The clumps and tangles of these various aggregated proteins cause neurons to degenerate and die. This is a cumulative process which takes between months and decades to manifest as overt disease.
In fact, many of the neurodegenerative diseases of the ageing brain are associated with the accumulation and deposition of specific proteins.

It has long been suspected that neurodegenerative diseases in general may all ultimately be caused by this process of proteins getting caught in the wrong process, and misfolding.

This misfolding sets off a cascade of events: the proteins oligomerise (a number of identical molecules join together); accumulate; nucleate (form a nucleus or centre); polymerise (combine to build a structure with its components); self-replicate; and eventually, propagate and spread throughout the brain. Many of these protein changes also occur in the usual food cooking process (aggregation of proteins caused by heating) or food preparation (the solidification of proteins in the refrigerator).

Finally, some but not all of these misfolded proteins gain the ability to be transmitted between people and animals. In fact, the word “prion” was coined by Prusiner in 1982 to describe this property of a pro_teinaceous in_fectious particle. And we don’t yet know of ways to easily “dis-infect” or kill these proteins. All kinds of chemicals that kill bacteria and viruses do not harm prions.

Scientists have always kept – and still do – an open mind about whether Alzheimer’s disease and other neurodegenerative conditions are transmissible. We’ve known since the early 1960s that amyloid fibrils – the accumulations of Aβ-amyloid in the brain - are self-propagating entities.
In diseases involving amyloid protein, the “amyloid enhancing factor”, which causes the disease to progress, is thought to be amyloid itself. In other words, the amyloid is self-replicating and makes copies of itself exponentially.

about whether Alzheimer’s disease

and other neurodegenerative conditions are transmissible.

We know that the Alzheimer’s disease-causing human Aβ-amyloid can cross-seed Aβ-amyloid accumulation in genetically susceptible rodents. Mice carrying an unstable and genetically modified human protein can then be “infected” by giving them a dose of the human abnormal protein.
​But there’s still no direct evidence that Alzheimer’s disease is transmissible between people.

As a precautionary measure, the authors of the paper warn we should now take additional safety precautions in the neurosurgical clinics where deep brain stimulation is used to control the tremors caused by Parkinson’s disease. Because of the overlap in symptoms and signs of Parkinson’s with SDS/MSA, it’s likely that some people with the newly described disease have been treated by deep brain stimulation.

It’s important to ensure that cross-contamination of neurosurgical equipment doesn’t occur because we don’t want to inadvertently transmit a disease between humans. Using disposable stimulation electrodes, for instance, will be mandatory in the future. Similar concerns have already been raised about other neurodegenerative illnesses, such as diseases involving misfolded tau protein, which cause frontotemporal dementia.

With the publication of this paper, the spectrum of prion diseases has been enlarged, perhaps considerably. But until it becomes possible to evaluate the role of intra-species transmission, SDS/MSA will have to remain in the category of “hypothetically transmissible to a genetically susceptible recipient”.

It’s premature to classify it as being the same as CJD, which is clearly transmissible within and between species. That has been made apparent by the mad cow saga, which still has years to run due to the long latency from prion infection to overt disease.

Colin Masters, Distinguished Florey Fellow, The Florey Institute of Neuroscience and Mental Health
This article was originally published on The Conversation. Read the original article. 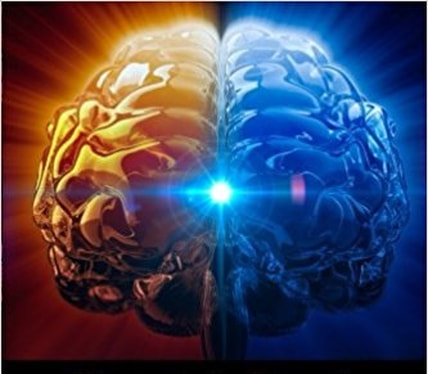