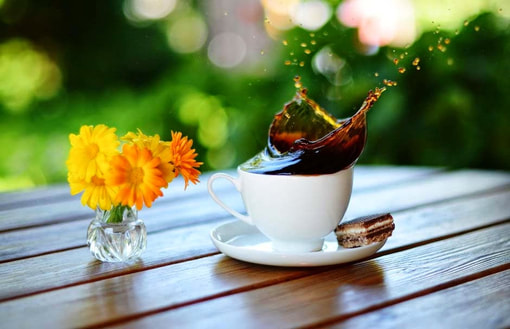 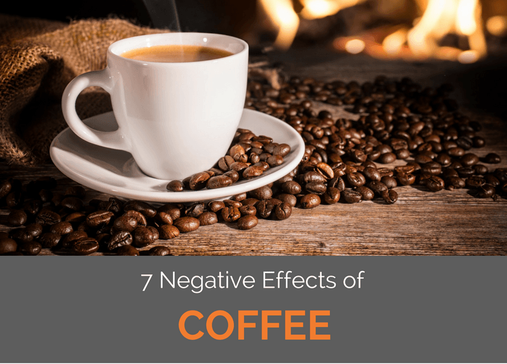 Coffee is America's favorite drug with around 180 million of us starting most days with a caffeine jolt to get going. Some people enjoy their coffee and apparently have no health issues with drinking it.

​There are however some potential negative effects of coffee, particularly at certain times and when it becomes so addictive that you find it difficult to go a day without it.

If you are really concerned about these negative effects, be sure to check out these 3 tips to make coffee super healthy.

In small, occasional cups there is possibly a case to be made for some benefits to coffee. If it’s fresh, high-quality and ideally organic (regular coffee is one of the most pesticide-intensive crops in the world) then a raft of studies have shown that it can improve alertness and long term it may reduce the risk of developing Parkinson’s disease, gallstones, kidney stones and liver cirrhosis for heavy drinkers.

Conversely, in the longer term it has been associated with an increased risk of high cholesterol, heart disease, and osteoporosis.

Good-quality ground coffee is a source of antioxidants like chlorogenic acid that may help with weight loss and Green Coffee Bean Extract, particularly high in this antioxidant, are the latest popular supplement for body fat reduction.

Many of us though are having far beyond small or occasional cups, and instant coffee, or even worse, that murky stuff that comes out of the office coffee machine, is far from good-quality.
The following video answers the question: Is Coffee Bad For you?

In fact, despite some potential longer term benefits, for many of us excessive coffee consumption may be having some very negative effects on our health in the here and now, particularly on our digestive system and stress levels.

7 Side Effects of Drinking Coffee

Drinking coffee on an empty stomach, such as first thing in the morning, stimulates hydrochloric acid production. This can be a problem because HCl should only be produced to digest meals. If your body has to make HCl more often in response to regular cups of coffee, it may have difficulty producing enough to deal with a large meal.

Protein digestion in particular is affected by a lack of hydrochloric acid in the stomach and protein based foods can pass into the small intestine before being properly broken down. Undigested protein is associated in a variety of health problems, from bloating and gas to IBS, diverticulitis and even colon cancer.

In fact, the knock on effect of not digesting your food properly due to low hydrochloric acid in the stomach could be implicated in dozens of other health issues. Some experts go so far as to say almost all disease begins in the gut. Given this, you can see why it's important to limit anything that interferes with its proper functioning.

Many of the compounds in coffee like caffeine and the various acids found in coffee beans can irritate your stomach and the lining of your small intestine. It’s known to be a problem for those suffering from ulcers, gastritis, IBS and Crohn's disease and doctors generally advise patients with these conditions to avoid coffee completely.

The question is, could excessive coffee consumption contribute to these health issues in the first place?

Ulcers are believed to be caused by the Helicobacter pylori bacteria. However, the acidic effect coffee has on the stomach may contribute to providing the weakened stomach lining necessary for H. pylori to take hold initially.

Drinking coffee can also irritate the lining of the small intestine, potentially leading to abdominal spasms, cramps and elimination problems, often alternating between constipation and diarrhea. This condition is known as irritable bowel syndrome and more and more people are being diagnosed with it in recent years.

If you are suffering from IBS, here is a plan for coffee replacement that deals with caffeine withdrawal.

Read also: 4 Paleo Foods Y﻿ou Must Avoid If You Have Digestive Issues

Check here what are the best probiotics for diarrhea.

Acid reflux and heartburn can be caused by coffee due to the way it relaxes the lower esophageal sphincter. This small muscle should remain tightly closed once you've eaten to prevent the contents of your stomach from coming back into the esophagus and burning its delicate lining with hydrochloric acid.

Caffeine is known to relax the esophageal sphincter so Coke and high caffeine 'energy drinks' can also contribute to heartburn, but coffee is particularly problematic for this.

Even decaf regularly causes heartburn problems for some people and researchers think other compounds in coffee can also contribute to acid reflux problems.

4. Coffee as a Laxative

Drinking coffee can stimulate peristalsis, the process in the digestive tract that makes us head for the bathroom. Some people use it deliberately as a laxative, but there’s a problem with this.

By stimulating peristalsis, coffee also appears to promote increased gastric emptying, whereby the stomach's contents are quickly passed into the small intestines, often before the digesting food has been properly broken down.

In this partially digested state, it makes it much more difficult for nutrients to be absorbed from your food. It also increases the chances of irritation and inflammation within the gastrointestinal tract.
Once again, decaffeinated coffee has also been shown to have laxative and gastric emptying properties so it seems caffeine alone is not to blame.

5. Mineral Absorption, Your Kidneys and Coffee

Heavy coffee drinkers may have difficulty getting enough minerals in their diet, even if they eat mineral rich foods or take supplements. This is due to the way coffee affects iron absorption in your stomach and particularly your kidneys ability to retain calcium, zinc, magnesium and other important minerals.

While all of these minerals are vital for good health, from a digestive standpoint, any interference with magnesium absorption is particularly worrying as it is necessary to maintain bowel regularity and so many of us are already deficient in it.

If you are concerned that you might not be getting enough magnesium (and apparently around 70% of other people in the USA are in a similar position, whether they know it or not) then transdermal magnesium﻿﻿ oil﻿﻿﻿ can be more effective than oral supplements, which usually have poor absorption rates.

Acrylamide is a potentially carcinogenic (cancer-causing) substance that forms when coffee beans are roasted at high temperatures. The darker the roast, the higher the levels of acrylamide are likely to be. In fact, coffee has been shown to be one of the major sources of this dangerous chemical in American diets.

If you would like to know more about acrylamide, the other main sources and ways to avoid it, see the page on the dangers of acrylamide.

Drinking lots of coffee will promote the release of the stress hormones cortisol, epinephrine and norepinephrine. These chemicals increase your body’s heart rate, blood pressure and tension levels – the old ‘fight or flight’ response.

We often say we need to drink coffee to give us energy. But for many of us, has it gone further than just energy and turned into a kind of jittery tension that is always on and makes it difficult to relax? Maybe it pushes you to get through the paperwork, but longer-term the health implications of this kind of ongoing stress are significant.

Turning on the stress hormones with a cup of coffee when you're eating also interferes with the digestive process. When you're in ‘fight or flight’ mode, your body will divert its resources to being ready for a potential threat and digestion suffers as a result.

Finally, the caffeine in coffee is known to interfere with GABA metabolism. Gamma-aminobutyric acid is a neurotransmitter involved in regulating mood and stress levels. It should also have a calming effect on the gastrointestinal tract.

Your mood and your digestive system are surprisingly interrelated. Unfortunately, when you drink a lot of coffee the high levels of caffeine in it can negatively affect both of them.

Although green tea has caffeine, does it help with nausea? Find out here.

Many people are very protective of their coffee and probably won’t like to hear all of these health problems associated with it. But if you've made it reading this far, perhaps you have a feeling that there could be some value in cutting down a bit or even replacing it altogether.

If you are experiencing any of the digestive problems above, or just feel coffee has you too on edge but don't know how to quit it, coming up next is a plan to replace the negative side effects of coffee with a new kind of drink that tastes similar but is actually healthy, as well as a simple way to reduce caffeine withdrawal problems when you make the switch.

If you still plan to continue drinking coffee, try some of these tips to make it healthier.

Do you think you might drink a bit too much coffee, but that it's become such a habit you find it hard to stop? Have you tried giving up coffee before, whether successfully or not? I'd be really interested to hear your thoughts on how coffee affects you personally and your experiences with trying to give it up.

Here is a little infographic describing the effects of coffee:
​
Related Posts

The Top 10 Health Benefits of Green Tea (#2 Will Surprise You)
How Many Calories Should I Eat Daily To Lose Weight?
How Meditation Can Make You More Manly
6 Easy, Natural (and Free!) Ways to Reduce Stress
Health Benefits of Turmeric and Curcumin
All About Salt: How Much Sodium Per Day is Good For You?
How To Lose Weight Fast: 5 Evidence Based Steps Anyone Can Follow

Jim Dillan is health and wellness researcher, writing about natural nutrition, improving your physical and mental well-being and moving to a healthier lifestyle. His website Superfood Profiles has detailed articles on superfood health benefits, hair and skin treatments and healthy recipes. 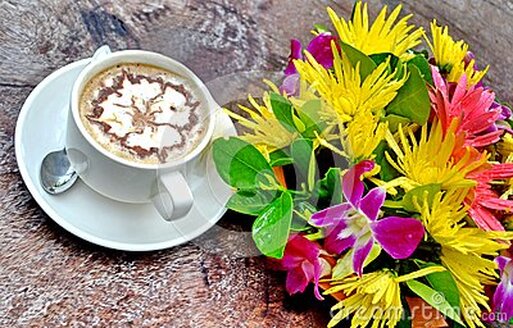