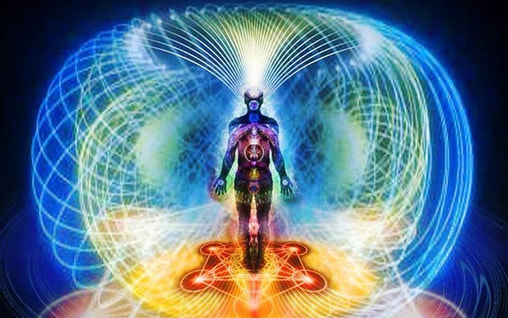 ​A History of Electricity and Life

Radiation Sickness Explains All Past and Present Flu Outbreaks

Arthur Firstenberg: The Invisible Rainbow - A History of and Life

is a scientist and journalist who is at the forefront of a global movement
​to tear down the taboo surrounding this subject.

After graduating Phi Beta Kappa from Cornell University with a degree in mathematics,

​he attended the University of California, Irvine School of Medicine from 1978 to 1982. 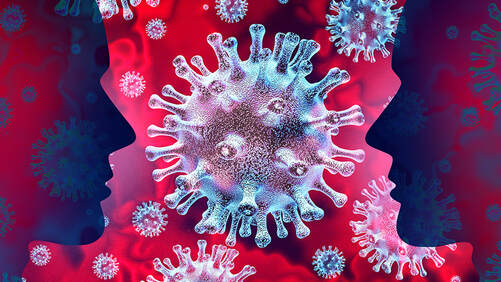 "The problem isn't too much carbon dioxide. It's too little oxygen."

Let's recap the other Red Hot Highlights that all thinking people need to know: Remember that carbon dioxide makes up about 1/300th of 1 percent of the atmosphere.

Remember that the carbon-calcium cycle and photosynthesis both immediately remove carbon dioxide from circulation. That's why carbon dioxide makes up such a tiny part of the atmosphere. The plants, algae, and corals gobble it up.

Read that: we do not have and cannot develop an over-abundance of carbon dioxide in the atmosphere.

Remember that The Greenhouse Gas Theory was proposed in 1824 and discarded for the simple reason that it violates The Second Law of Thermodynamics.

Read that - The Greenhouse Gas Theory is pure bunk, and scientists have known that for two hundred years.

Remember that in my lifetime the amount of atmospheric oxygen has dropped from around 21% to 16%.

Remember that atmospheric oxygen has dropped from 28% over the course of the last 20,000 years.

The problem isn't too much carbon dioxide. It's too little oxygen.

We are being lied to for power and profit, so until we wake up ourselves and face facts, we have no chance to address the actual problem.

What should we do to the Mindless Ones blathering day and night about the dangers of carbon dioxide and "emissions" on CNN and BBC and in corporate board rooms from here to Paris?

Maybe we should observe the facts and give them the 200 year-old news?

And now, the World Health Organization is mad at Robert David Steele, but I checked out what he brought forward and so should you.

Most of this is from a book called "The Invisible Rainbow" by Arthur Firstenberg - here's a quote to get you started:

"In 1889, full-scale electrification was carried out in the USA and, shortly thereafter, in Europe. That same year, as if by chance, doctors were inundated with cases of flu, which had until then appeared only infrequently. The victims’ symptoms were far more neurological in nature, resembling neurasthenia, and did not include respiratory disorders. The pandemic lasted for four years and killed at least a million people.

In 2001, Canadian astronomer Ken Tapping showed that the influenza pandemics over the previous three centuries correlated with peaks in solar magnetic activity, on an 11-year cycle. It has also been found that some outbreaks of influenza spread over enormous areas in just a few days – a fact that is difficult to explain by contagion from one person to another. Also, numerous experiments seeking to prove direct contagion through close contact, droplets of mucus or other processes have proved fruitless.

From 1933 to the present day, virologists have been unable to present any experimental study proving that influenza spreads through normal contact between people. All attempts to do so have met with failure."

Read that: it's time for a new theory.

It comes down to this: there is no way that a physical germ vector could spread fast enough to account for the observed facts presented by any of the major contagions we know about, but there is an explanation that could account for all of it, along with solving a great many other modern medical and scientific mysteries.

People suffering from inherited Porphyria were long ago observed to worsen when exposed to artificial electromagnetic fields.

Porphyria is caused by a genetic mutation that interferes with the enzymes that build "heme" --- part of the hemoglobin molecule and this results in light sensitivity, skin ailments, nerve problems, anxiety, depression, hemolysis (spontaneous bruising and bleeding) and can cause mental problems --- hallucinations --- as well.

Porphyria is a serious and unpleasant condition and exposure to artificial electromagnetic fields makes it worse. Why?

Hemoglobin carries oxygen in our blood, and Porphria reduces the amount of viable hemoglobin, therefore, also the oxygen-carrying capacity of the blood.

Combine that with decreasing atmospheric oxygen and what is today called "Electrical Sensitivity" and you get: headaches, dizziness, nausea, confusion, fatigue, nervous exhaustion, depression,muscle weakness, various kinds of blood disorders, internal bleeding and bruising, heart
irregularities --- symptoms akin to a hemorrhagic fever, independent of any biological vector at all.

The overall loss of oxygen in the atmosphere, the additional air pollution in China, and the deployment of 5G exposing people to much higher levels of EM radiation can very neatly account for the widespread symptoms of hemorrhagic fever.

It also explains the fact that people thought to be suffering from the corona virus are recovering with simple oxygen therapy in South Korea: https://www.naturalnews.com/2020-02-18-south-korea- successfully-treating-coronavirus-oxygen-therapy.html

There's more. When radio transmitters were established on the Isle of Wight back in 1904, the native bees began to die off.

And where else have we had a major league problem with bees conking over for no known reason? America's farm belt, right where and when microwave transmitters were being installed and wi-fi was being jammed into every kitchen cabinet.

"[The Spanish Flu Epidemic] which actually began in the United States, at the Naval Radio School of Cambridge, Massachusetts, with 400 initial cases. This epidemic rapidly spread to 1,127 soldiers at Funston Camp (Kansas), where wireless connections had been installed.

What intrigued the doctors was that while 15% of the civilian population were suffering from nosebleeds, 40% of the Navy suffered from them. Other bleeding also occurred, and a third of those who died did so due to internal hemorrhaging of the lungs or brain.

In fact, it was the composition of the blood that had been altered, as the measured coagulation time was more than twice as long as normal.

These symptoms are incompatible with the effects of the influenza respiratory viruses, but totally consistent with the devastating effects of electricity. Another incongruity was that two-thirds of the victims were healthy young people. A further atypical flu symptom was that the pulse slowed to rates of between 36 and 48, whereas this is a common result of exposure to electromagnetic fields."

There's more. You may have heard that heart disease and cancer were comparatively unknown a century ago and that diabetes was rare, too---- all these new disease statistics have been blamed on diet and environmental pollution, but they in fact appeared and escalated at the same time as the electrical grid and high-power radio transmitters. So --- ?

Here's another quote from The Invisible Rainbow:

"Graphs showing the statistics for death rates from heart disease broken down by the degree of electrification of the American states in 1931 and 1940 are also very explicit and leave no doubt as to the toxicity of electromagnetic fields for the heart, thus exonerating cholesterol and diets deemed too high in fat."

And another Fun Fact --- both Thomas Edison and Alexander Graham Bell developed diabetes, which was very rare at the time.

There's a lot more, but it culminates in this gem:

"In 1997, there was a 31% increase in the number of cases of diabetes in the United States in a single year, which precisely correlated with the mass introduction of cell phones in the country."
Firstenberg builds a convincing historical development that is consistent with observed facts and explains things that are otherwise inexplicable.

Spanish Influenza, dead bees, wild increases in heart disease, diabetes, and cancer, and the reason that oxygen therapy is needed and why it helps people recover from the symptoms of the "corona virus". All in one swoop.

What remains to be seen is what we can do about it. Here's a start:

See this article and over 2300 others on Anna's website here: www.annavonreitz.com

Do you realise that Radiation from Phones,
​
Laptops & WiFi Routers is causing stress in your body? 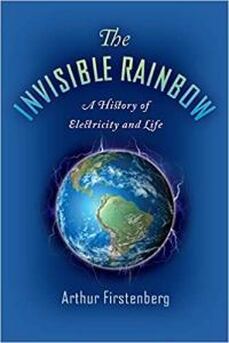 A History of Electricity and Life
https://www.researchgate.net/publication/330287405_
​
A 'read' is counted each time someone views a publication summary (such as the title,
​abstract, and list of authors), clicks on a figure, or views or downloads the full-text.

discussed the history, science, and description of 5G,
​including 5G from satellites in space, and its expected effects on all living things.

The audio track of his lecture can be found on his website.

I made a video with the audio track and illuminated it with photos and videos.
I divided the lecture in 13 parts. 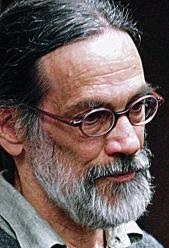 Arthur Robert Firstenberg is an American author and activist on the subject of electromagnetic radiation and health.

He is the founder of the independent campaign group the Cellular Phone Task Force.
His 1997 book Microwaving Our Planet: The Environmental Impact of the Wireless Revolution was published by the group.

Arthur Robert Firstenberg (born May 28, 1950) is an American author and activist on the subject of electromagnetic radiation and health. He is the founder of the independent campaign group the Cellular Phone Task Force. His 1997 book Microwaving Our Planet: The Environmental Impact of the Wireless Revolution was published by the group. 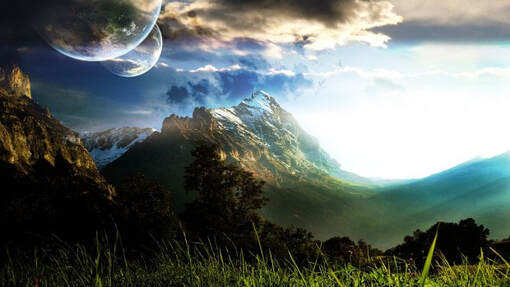