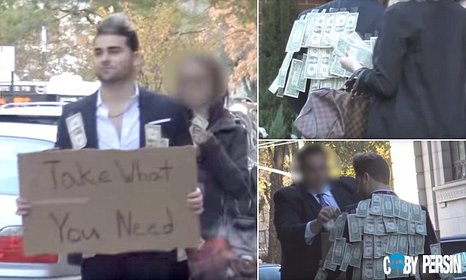 See the Video Below!

This Guy Tapes Money on His Suit with a Sign Reading

‘Take What you Need’.

How The People on the Street React is Surprising!

If you saw the man in this video walking around with dollar bills taped to his suit, would you take any of it? The man in the suit is Coby Persin and he donned the expensive outfit as part of a social experiment. In addition to covering himself in fifty $1 bills, he also held a sign that read

He hit the streets of New York City and walked around the Union Square area holding up his sign. The experiment was to see if people would actually take only what they needed, and to gauge how the city residents would react to such a sight. In a way, they didn’t disappoint, yet they did.

The first few individuals who helped themselves to the free money clearly did not need it. The first man to approach was a heavy set business-type man. He set down his briefcase before he started grabbing at least ten dollars off of Coby, and when questioned whether he really needed it he replied

That seemed to be the rationale of the next man, a jogger, who ran past before turning back to grab about $5 - 7 from the money suit. And the next, a man on his cell, who plucked a few ones off of Coby before telling his friend on the phone that he didn’t even need it. Soon after a blonde woman in a suit who was carrying a pricey designer handbag stopped to grab some money.

Coby pointed out her Louis Vuitton bag and asked “You really need this?” to which she replied

“Yeah, I have a nail appointment tomorrow.”

So far, everyone who had taken money clearly did not need it in any way whatsoever. They took it out of pure greed and for selfish reasons.

Finally, Coby walked by a young man who appeared to be homeless. He was quietly sitting on the sidewalk with his dog, a larger breed covered in a warm blanket/shirt, when he spotted Coby and got up to approach him.

“How are you doing man?”

and he didn’t just start plucking money off of his suit like he was entitled to it.

Instead, the one man who truly needed the money the most, took just $2.

“give whatever you gotta give to other people.”

Coby tells him to take a few more dollars for the next day or meal, but the man declines and tells him again to give it to whoever else needs it. That’s when Coby tells the guy that he’s amazing and that he wants to help him out, so he gives him $60 to put towards food for himself and his dog.

Of all the people who took money from him, only one person actually needed it. The others who took the dollars were seemingly well off in that they carried designer handbags and wore business suits. The reasons they provided for as to why they “needed” the money were either no reason at all or some sad excuse, like they needed it for a nail appointment the next day, or because it was free.

All those people took more than what they didn’t even need, while the one man who needed it took only $2 and did so because he was thinking about the others who might need it to eat as well.

The video was summed up best with a few simple words

“You have succeeded in life when all you really want is only what you really need.”

Check out the video to see all the reactions, and for this message to really hit home. 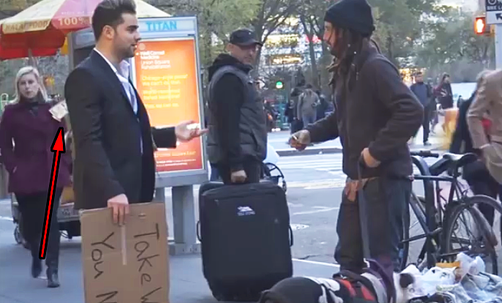 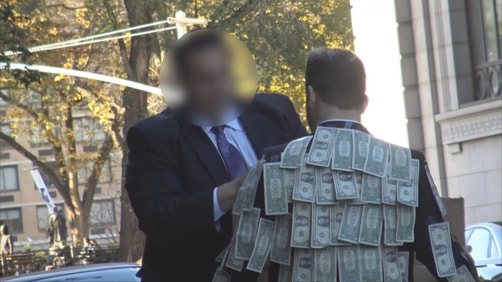 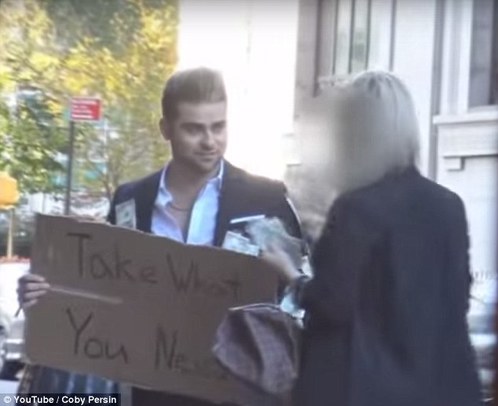