ritually poisons its own food

and trashes its ecosystems

(Natural News) Scientists have stumbled upon an astonishing discovery of an ancient tribe living on a remote Pacific island that ritually poisons its own food and trashes its food-producing ecosystems.

According to Dr. Eugene Navaroski from the Technical Institute of Ancient People, this nearly extinct tribe was discovered to engage in the most astonishing self-destructive behaviors:
​

YOU are part of this tribe, too!

Now, allow me to pull back the veil on this allegory

​and reveal the greater truth:

There is no such tribe on a remote Pacific island.

There is no “Technical Institute of Ancient People” and Dr. Eugene Navaroski is a fictional name.

In truth, the “tribe” is modern Western civilization

which routinely poisons its entire food supply with pesticides and herbicides

The “elders” are the pesticide corporations

who collect profits from the mass poisoning of the food,

thinking they are “rich” corporations

while their own children are dying from cancer

and their lands are being decimated for generations to come.

The suicide tribe is us! You are part of it.

Every time you buy non-organic products are the grocery store,

you are financially subsidizing this suicide cult

and contributing to the destruction of the ecosystem.

Earth is the "Island"

And we are destroying it with tens of millions of pounds of toxic chemicals
sprayed on our lands and food every year.

We are poisoning ourselves while poisoning the planet, and the global food supply is collapsing while our children are stricken with cancer, obesity, neurological disorders and diabetes.

Everyday Americans are eating deadly poison in their food
while thinking their 401K investment retirement funds are “growing wealth” because they are invested in shares of Monsanto or DuPont.

They think they’re getting rich while they’re actually poisoning their world
for generations to come.

Their piles of clam shells are growing larger and larger
while the food-producing soils of our world grow smaller and smaller.

Our people are dying, our soils are being poisoned,
aquatic ecosystems are collapsing and

​yet corporate executives think they are “wealthy.”

Welcome to the suicide cult

where people buy and eat poison every single day,

and destroying their world. 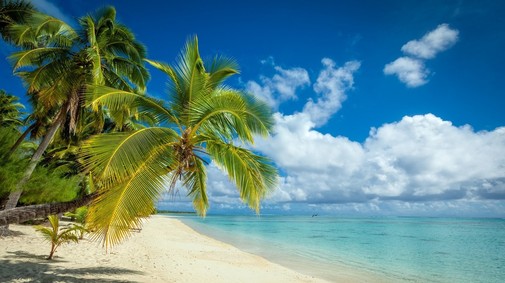 ​on a deserted island

Sitting in middle of southern Pacific Ocean around 5,000 km, (3,100 mi) from the nearest major population center, you might think that the uninhabited Henderson Island would appear relatively untouched. It is, after all, only visited by humans every five to ten years for research.

The latest scientists to set foot on the remote coral atoll found a nasty surprise, however, discovering the highest density of plastic waste reported anywhere on the planet.

The amount of plastic waste washing around in the ocean is a huge problem, one that the Ocean Cleanup Project hopes to help solve when it tackles the Great Pacific Garbage Patch next year.

The world produces more than 300 million tons of plastic each year, according to Jennifer Lavers, a research scientist at the University of Tasmania's Institute for Marine and Antarctic Studies, much of which is never recycled and ends up bobbing about in the ocean instead.

Lavers led a research team to Henderson Island to find its beaches awash with vast amounts of trash. Counting the rubbish, the team calculated a concentration of 671 items per square meter (10 sq ft), the highest density ever recorded, which equates to an estimated 37.7 million pieces spread over the whole island.

"Based on our sampling at five sites we estimated that more than 17 tons of plastic debris has been deposited on the island, with more than 3,570 new pieces of litter washing up each day on one beach alone,"

​Lavers says. "It's likely that our data actually underestimates the true amount of debris on Henderson Island as we were only able to sample pieces bigger than two millimeters down to a depth of 10 centimeters (0.08 and 4 in), and we were unable to sample along cliffs and rocky coastline."

The scientists say that the island's location close to the center of ocean current known as the South Pacific Gyre is what places it in harm's way, catching debris that floats over from South America or pieces of plastic trash left behind by fishing boats.

"What's happened on Henderson Island shows there's no escaping plastic pollution even in the most distant parts of our oceans," Lavers says. "Far from being the pristine 'deserted island' that people might imagine of such a remote place, Henderson Island is a shocking but typical example of how plastic debris is affecting the environment on a global scale."

The team's research was published in the journal Proceedings of the National Academy of
Sciences, while the video below provides a snapshot of the damage. 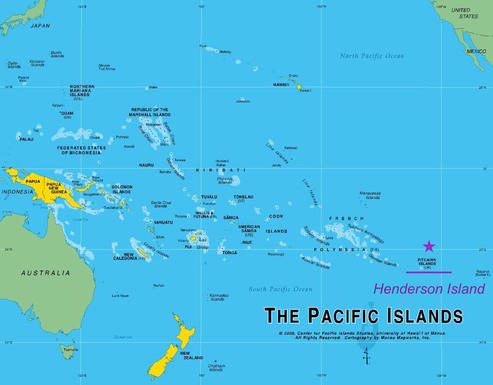 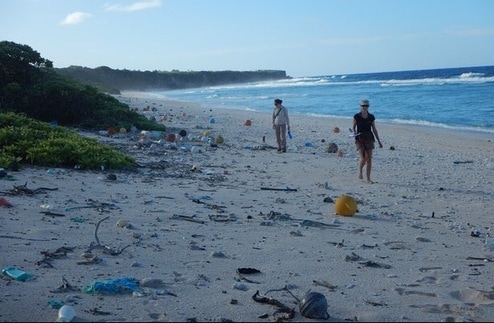 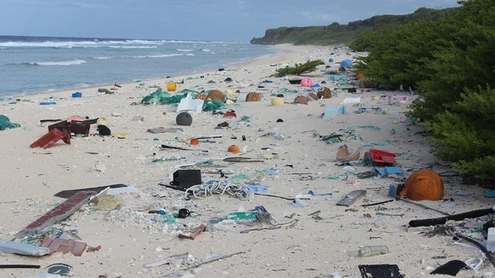 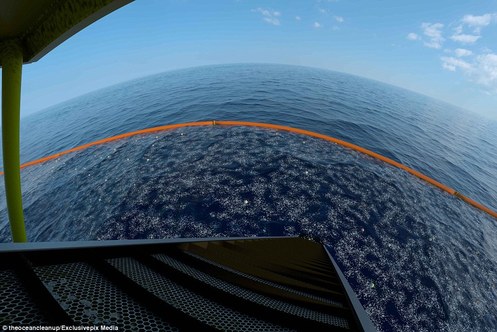 A Floating Island of Garbage

​Twice the Size of Texas? ​
Posted in Sustainable Storytelling

I had no idea that there is a 3.5 million ton island of plastic and garbage floating in the Pacific ocean between Hawaii and San Francisco.  I found this out last night when I was marveling at the ridiculous petroleum-based packaging that housed my Oscar Meyer Center Cut Bacon.

Not only was the plastic container over the top, but the shrink wrapped bacon inside was “freshness overkill.” I made the comment about just another example of our dependence on oil and petroleum products when my daughter asked me if I had heard about garbage island?

So I did some digging.  What I found is that “The Great Pacific Garbage Patch,” or the “Trash Vortex,” has been around since the 1950s. Circular wind and ocean currents in the North Pacific Gyre have collected trash that originates onshore and has made its way into the Pacific.  Greenpeace has a nice animation on how the gyre works.

The garbage island has been growing tenfold every decade and is now twice the size of Texas.

Plastic makes up 80% of the waste, the majority of which is non-recyclable and highly toxic Bisphenol A.  The world produces 7 billion pounds of Bisphenol A per year for hard, clear plastic called polycarbonate.

I’m pretty sure we can find better ways to save our collective bacon than continuing to use polycarbonates in our packaging, and to think twice about how we dispose of the non-recyclable plastics that are thrust into our lives. 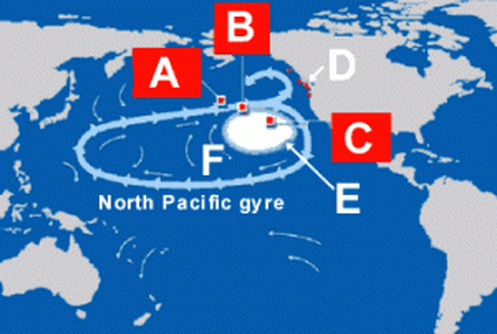