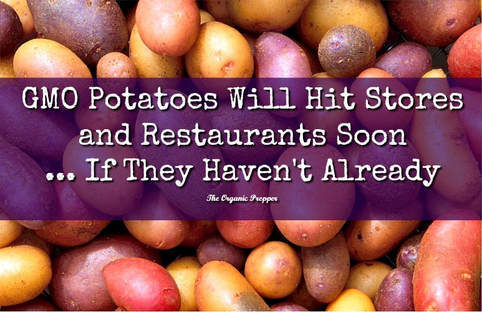 Will Hit Stores and Restaurants Soon ...

If They Haven't Already

If you prefer to avoid genetically modified foods, here’s another one to avoid. GMO potatoes will be joining  GMO apples at a store near you very soon – if they aren’t there already.

Last week, the FDA added their approval (again) to that of the EPA, giving the go-ahead for these potatoes to be planted this spring for harvest in the fall.

The rollout of the spuds has been cloaked in a fair bit of secrecy. Generally, one would expect something “new and improved” to be presented via a high-budget advertising campaign, press releases, and a giant hurrah. But, since marketers know that the public doesn’t really want anyone messing with the genetics of their favorite root vegetable, they’ve just sort of snuck them into the food supply.

Back in 2015 the FDA assessed and passed genetically modified potatoes as safe for human consumption. These potatoes are known by their trade name, Innate and so far three varieties have been assessed. They are Ranger Russet, Russet Burbank, and Atlantic, produced by J.R. Simplot Company. (source)The claims of the modified potatoes are that:
​
Althealthworks.com reported in July 2015 that GMO potatoes (which were, of course, not labeled as GMO potatoes) were already on store shelves.

Until just recently, little has been seen in the press since then regarding the sale of these spuds, the majority of which are produced in Idaho – the home of J.R. Simplot.

It all started with Monsanto

I’m sure that’s not a surprise to anyone. Back in 1998,  Monsanto was the company marketing the Frankenspuds, a variety called NewLeaf  Superior. The potatoes were Monsanto’s first GM crop and they were immediately rejected in the United States. The public just wasn’t ready for the most popular veggie in the country to be engineered in a lab.

In the same year that NewLeaf was launched, a group of 30 researchers with a grant of 2 million Euros halted the GMO potato program due to a variety of health concerns. Watch the video below from 46:55 to hear what declassified documents have to say about genetically modified vegetables.
So, according to the video above declassified documents show that there are most likely health issues associated with GMO produce.

Are the potatoes marketed by J.R. Simplot any different? Well, we have no idea because the FDA passed the NewLeaf Superior back in 1995 and it was the public backlash rather than health concerns that saw Monsanto themselves withdrawing the spuds from sale in 2001…three years after they were banned in Europe due to the research cited above.

Interestingly some of the varieties being produced by Simplot also appear on the  old Monsanto portfolio:

Monsanto New Leaf potato which incorporate a Bt gene conferring resistance to Colorado Potato Beetle was first approved by the US regulatory agencies in early 1995.

The GE Russet Burbank potato was first transformed and appeared in Canada food chain in 1996, Bt varieties of Atlantic and superior soon followed. In both cases, the potatoes were labeled as “NatureMark” and were accompanied by informational brochures detailing the new technology.

In late 1998, Monsanto acqired final approval for a second type of GE potatoes: a Russet Burbank marketed as “NewLeaf Plus” which combines the Bt trait with resistance to the Potato Leaf Roll Virus (PLRV). Shortly after that, in 1999, Monsanto added a third GE potato “NewLeaf Y” combining Bt with resistance to the Potato Virus Y (PVY). This GE trait was available in both Russet Burbank and Shepody varieties.(source) 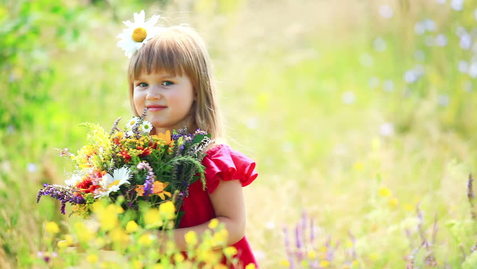 Which companies are using

It’s impossible to say which companies do use GMO potatoes in their products. It’s usually the companies that don’t use them that make a statement, like this one from McCain:

Since 1999 McCain has abided by a policy of not using genetically modified potatoes in any of our products globally. This policy holds true today, but we also recognize that science holds the potential to address many of the issues that continue to challenge the world with respect to the sustainable production of affordable and nutritious food to meet the demands of a growing population.

It is the positive potential of science that drives our continued interest in plant biotechnology, and as such, we actively monitor and may participate in research and development projects that seek to offer significant social benefits. Regulatory compliance and consumer acceptance for the use of any new technology will guide our actions. (source)

So not McCain isn’t using them yet – but they haven’t ruled out using them in the future if they figure it wouldn’t negatively affect sales.  Don’t expect an announcement if they do.

In 2015, ConAgra, who supplies fries through Lamb Weston to restaurant chains, also said they don’t plan to use the Frankenspuds:

“All Lamb Weston frozen potato products are made with non-GMO potatoes, in line with customer demand,” a company statement said. (source)

McDonald’s issued a similar statement in 2014. Which makes no difference at all if they are using GMO soy products and corn products, but I digress.

How can you avoid GMO Potatoes?

It should be remembered that Simplot is supplying the seeds for these GMO potatoes to farmers all over the country. It is those farmers who are getting the potatoes into the local food chain, especially if they sell at markets and to small stores where the potatoes are sold loose, without the plastic bags that are beloved by supermarkets. Most of what you purchase from the loose bins are completely unlabeled.

If you want to avoid genetically modified spuds, these tips can help.


For more information on avoiding GMOs, even if you’re on a budget, check out this article. (It was written a couple of years ago, so there’s no mention of the potatoes in it.)

Of course, with these potatoes and seeds coming to a store/farm near you this fall, the best way to ensure that you aren’t eating GMO spuds is to grow your own and then seed your own next crop from your last crop.

Growing potatoes is easy. You can even do it in a heavy duty garbage bag on a balcony. Why You Should Grow Potatoes gives a very simple growing guide as well as discussing the nutritional benefits of potatoes.

What do you think about GMO potatoes?

I’m sure my comments section will be filled with people proclaiming the wonders of GMO potatoes, just like they did when I wrote about GMO apples. Hey, knock yourself out. I’m not trying to keep you from consuming your precious genetically modified food-like substances.

​This information is for people who wish to avoid it – something they have every right to do, just like you seem to want to go out of your way to consume these foods. Who knows, maybe you’ll end up with superhuman, Spiderman or Incredible Hulk-like powers if you eat enough of them. Go for the gusto.

So what do you all think? Would you use genetically modified potatoes? Will this change your shopping habits?  Why or why not? Feel free to share in the comments below.

​According to Monsanto (Full Length)

There's nothing they are leaving untouched: the mustard, the okra, the bringe oil, the rice, the cauliflower. Once they have established the norm: that seed can be owned as their property, royalties can be collected. We will depend on them for every seed we grow of every crop we grow.

One example is Michael Taylor, who worked for Monsanto as an attorney before being appointed as deputy commissioner of the US Food and Drug Administration (FDA) in 1991. While at the FDA, the authority that deals with all US food approvals, Taylor made crucial decisions that led to the approval of GE foods and crops.

Then he returned to Monsanto, becoming the company's vice president for public policy. Thanks to these intimate links between Monsanto and government agencies, the US adopted GE foods and crops without proper testing, without consumer labeling and in spite of serious questions hanging over their safety. Not coincidentally,

Monsanto supplies 90 percent of the GE seeds used by the US market. Monsanto's long arm stretched so far that, in the early nineties, the US Food and Drugs Agency even ignored warnings of their own scientists, who were cautioning that GE crops could cause negative health effects.

Other tactics the company uses to stifle concerns about their products include misleading advertising, bribery and concealing scientific evidence.

​Short and Medium versions are available to download from: http://www.responsibletechnology.org/... 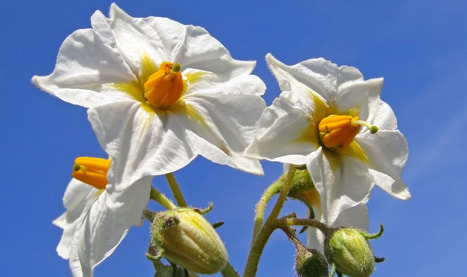 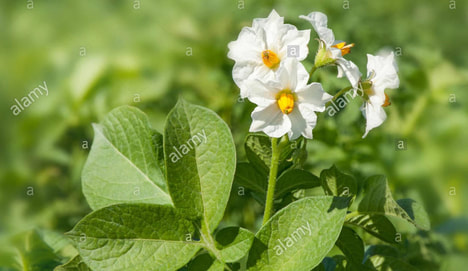 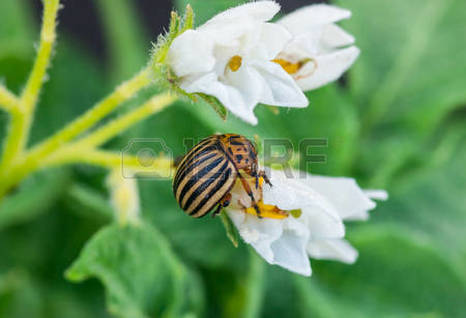 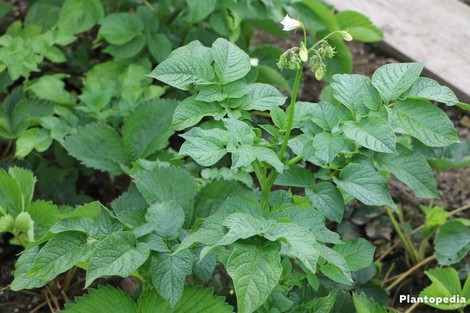 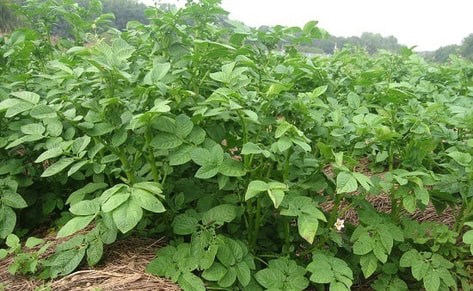 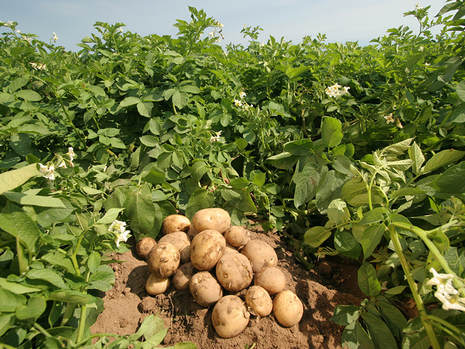