The natural sweetener erythritol does not appear to carry the adverse effects associated with other low and non-caloric natural and artificial sweeteners and may actually have antioxidant potential.

Too Good to be True?

The low-calorie sweetener Erythritol may seem too good to be true.

It’s natural, doesn’t cause side effects and tastes almost exactly like sugar without the calories.
Basically, all the good stuff in regular sugar, with none of the bad stuff.

Since I’ve gotten several e-mails asking me about this trendy sweetener, I decided to do some research on it.

Erythritol belongs to a class of compounds called sugar alcohols.

These molecules are like hybrids of a carbohydrate and an alcohol (it doesn’t contain any ethanol though… the stuff that gets you drunk).

There are many different sugar alcohols. They can be found in natural foods like fruits, but they’re also added to “sugar-free” products of all sorts.

The way these molecules are structured gives them the ability to stimulate the sweet taste receptors on our tongues.

Common sugar alcohols include xylitol, sorbitol, maltitol, to name a few. But erythritol appears to be quite a bit different than the others.

To begin with, it contains much fewer calories:


With only 6% of the calories of sugar, it still has 70% of the sweetness.

Due to its unique chemical structure, our bodies don’t break it down.

It goes pretty much unchanged through our system, without causing any of the harmful metabolic effects of excess sugar… or the digestive issues associated with other sugar alcohols.

In large scale production, erythritol is created when a type of yeast ferments glucose. The final product looks something like this (photo source):

Erythritol Does Not Spike Blood Sugar or InsulinHumans don’t have the enzymes to break down erythritol.

It gets absorbed into the bloodstream and is then excreted unchanged in the urine.

When healthy people are given erythritol, there is no change in blood sugar or insulin levels. There is also no effect on cholesterol, triglycerides or other biomarkers (1).

For people who are overweight, with diabetes or other issues related to the metabolic syndrome, erythritol appears to be an excellent alternative to sugar.

Erythritol Does Not Feed Bacteria in The Mouth

One widely accepted side effect of sugar consumption is poor dental health… cavities and tooth decay.

The harmful bacteria in the mouth can use sugar for energy.

When these bacteria have plenty of energy, they grow, multiply and secrete acids that erode the enamel of the teeth.

Other sugar alcohols like Xylitol have found their way into “tooth-friendly” products, because bacteria can not digest them and use them for energy.

Multiple studies have examined the effects erythritol has on dental caries and the results are mixed. Some studies show a reduction in plaque and the harmful bacteria, while another study shows no actual reduction in caries (2, 3, 4).

According to a 3-year study in 485 school children, erythritol was even more protective against dental caries than xylitol and sorbitol (5).

What Happens to Erythritol in The Body?

There is one major caveat to most sugar alcohols… they can cause digestive issues.

Because the body can’t metabolize all of them, some travel to the intestine where they get fed to the bacteria.

But… again, erythritol is different.

Most of it gets absorbed into the body way before it gets to the colon, where most of the bacteria reside.

From the small intestine, it travels into the bloodstream.

There it circulates for a while, until it is eventually excreted unchanged in the urine. About 90% of erythritol gets excreted this way (6).

Erythritol And The Digestive System

Even though some amount of erythritol were to reach the intestinal bacteria, they can not digest it (7).

However, one study showed that 50 grams of erythritol in a single dose did increase nausea and stomach rumbling (10).

Unless you’re eating massive amounts of it at a time, then it’s unlikely to make you sick or have to run to the toilet.

Take this with a grain of salt however, as this can vary between people.

Overall, erythritol appears to be very safe. Multiple studies on metabolism and toxicity have been performed in test animals. Despite long-term feeding of high amounts of erythritol, no negative effects have been discovered (11, 12).

My Concerns About Low-Calorie Sweeteners in GeneralI did not manage to find anything negative about erythritol in any of the studies I looked at.

But I am still not convinced that low-calorie sweeteners in general are totally harmless.

Even though these sweeteners don’t contain calories, they are still associated with obesity and diabetes in the long-term. This is well documented (13, 14, 15, 16).

This may be because the sweeteners increase the “reward value” of our foods, which can impact our brains and make us eat more subconsciously (17).

Some obesity researchers even believe the amount of processed super-rewarding foods in the food supply to be the true cause of the obesity epidemic.

Whether all of this applies to erythritol and not just artificial sweeteners like Aspartame, I do not know. Time will tell.

Overall, erythritol appears to be an excellent sweetener.


I’ve often recommended that people who must have some sweetness in their lives replace it with Stevia or tiny amounts of honey.

However, honey is loaded with calories and fructose, while many people don’t appreciate the aftertaste of Stevia.

Erythritol appears to have the best of both worlds. 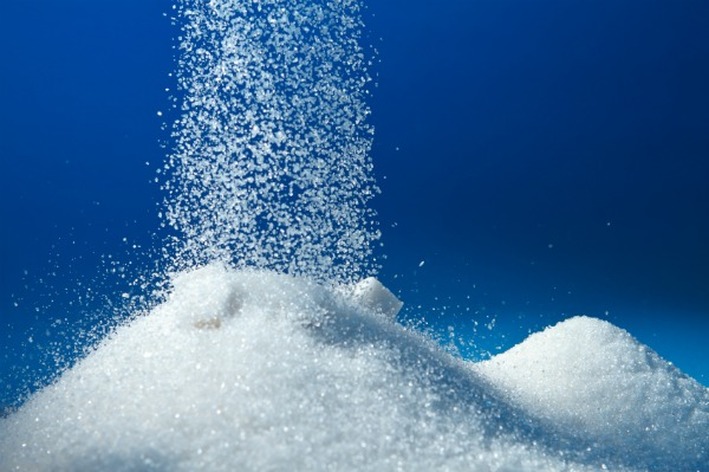