The Miracle of Vitamin C 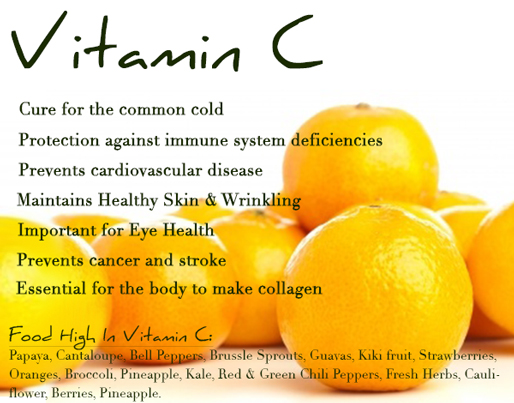 Contributes to wound healing, tissue repair,
healthy teeth and bones,
aids iron absorption,
makes fat energy available through the manufacture of carnitine,
is involved in the production of good connective tissue,
promotes heart health
.
Lack of Vit C is the cause of Leukemia.

Did Linus Pauling Really Get It Right

By Paul A. Philips
Vitamin C is well known for its healing powers having a multiple of health benefits. Health benefits include its ability as an antioxidant to mop up those electron hungry free radicals capable of doing much oxidative damage to the body in the long-term. Thus, Vitamin C has an effective role in disease prevention and reduces aging.

Vitamin C as a cure for heart disease

One of the most respected scientists of all time twice Nobel Prize winner Biochemist Linus Pauling (1901-1994) was well aware of vitamin C and its involvement in the manufacture of good connective tissue and that it had been said to promote heart health.

He hypothesised that heart disease was the result of developing long-term scurvy (vitamin C deficiency).  So, through experimentation, he devised a unified approach for the cure of heart disease; a therapy involving high doses of vitamin C (up to 6g a day) –40-60mg RDA is the guideline amount required to prevent scurvy.

In spite of Pauling’s claim to the therapy’s success mainstream medicine’s reaction was one of flat rejection, claiming that Pauling, although a great scientist, was outside of his field of expertise…
That was the end-of- story in terms of vitamin C getting recognition in mainstream medicine as a cure for heart disease, until recently:

Pauling regularly took vitamin C and lived till he was 93 years old. Now, some 20 odd years on after his death there’s been a recent explosive interest in vitamin C and its healing powers. Will this flood of interest eventually show that Pauling got it right after all?

Dr. Balz Frei a nutritionist and researcher at Harvard University has been keenly interested in vitamin C’s antioxidant power. He’s well aware of its role in the prevention and reversal of degenerative diseases caused by oxidation, as in the case of heart disease.Research at the University Colleague of Los Angeles (UCLA) suggests that Pauling did get it right. Guided by Dr. James Engstrom in the UCLA a 10-year large study shows that men on 800mg daily doses of vitamin C (slightly over 13 times more than the RDA) had significantly lowered heart disease and lived 6 years longer than those on the guideline 60mg RDA.

Vitamin C and its anti-cancerous properties

Linus Pauling also claimed that vitamin C could destroy cancer. Another claim of his that was laid rest by conventional medicine, deemed as heresy, but let’s look at some of the research done by others on the anti-cancerous properties of cancer: Will Pauling be vindicated?

It had been established that cancer patients particularly those in the late stages were vitamin C deficient. However, through pioneering research Dr. Hugh Riordandiscovered that high-dose intravenous Vitamin C in patients had the effect of destroying cancer cells.

In short, high-dose vitamin C uptake by the cancer cells has the net effect of intracellular hydrogen peroxide build up which causes the cells to destroy themselves from the inside out.

The cancer cells can deal with this at low levels but this makes high-dose intravenous vitamin C an effective non-toxic chemotherapeutic agent.

This research has been supported by other researchers such as Dr. Ronald Hunninghake. Also, from research at the New York based Lewis Cantley of Weill Cornell where it was found that high-dose vitamin C helps kill cancerous colorectal cells.

​In spite of the success, as with heart disease, the FDA does not recognise the efficacy of high-dose vitamin C as a cancer cure. Some have accused the scientific establishment of corruption to discredit Pauling’s work on vitamin C’s curative powers because his cheap, natural, non-toxic treatment had been perceived as too much of a financial threat by the medical/pharmaceutical establishment.  To stop it from getting world-wide recognition was there a deliberate and inferior misrepresentation of Pauling’s experimental protocol used to discredit it?

Further, vitamin C has been claimed to be highly effective for stroke prevention,Alzheimer’s disease and other ageing-related illnesses.  And it should not be forgotten that vitamin C and other vitamins such as vitamin E combine their healing powers to work synergistically.Of course, a good diet of vitamin C is always recommended.
​
Viva Pauling’s work and vitamin C!

Posted by:  Lori Alton, staff writer  in  Vitamin C Benefits
(NaturalHealth365) Some of the most serious health concerns to plague American society could be slowed, or even cured, with one well-known, natural nutrient. Research by renowned scientists across the years has produced solid evidence that vitamin C has significant powers
​when it comes to ridding the body of toxins and improving health.

Unfortunately, the medical community was built on costly, invasive treatments and technologies, and that is not likely to change. But with vitamin C readily accessible, you can reap its benefits and take greater responsibility for your own health.

Editor’s note:  Register today for the Holistic Oral Health Summit and gain immediate access to 33 experts talking about the dangers of poor oral health and how to naturally prevent and reverse disease.

A simple way to boost immunity and avoid chronic disease

“Intravenous vitamin C has additional properties above and beyond what vitamin C does. But, just vitamin C – taken orally – is so effective at helping to detoxify the body and helping to boost the immune system,” says Ronald Hunninghake, M.D.

Dr. Hunninghake is an internationally recognized expert on vitamin C and a presenter at the upcoming Holistic Oral Health Summit.

Dr. Linus Pauling, famous for using vitamin C to treat cancer and heart disease, is among a number of renowned scientists whose research and experiments support the use of Vitamin C to treat chronic illness. Dr. Pauling believed vitamin C, coupled with lysine, was capable of nearly wiping out conditions like heart attack, stroke or cardiovascular disease.

While intravenously administered vitamin C is known to be effective in management and treatment of cancer, the vitamin’s larger notoriety for healing can be traced to its effectiveness in boosting immunity and detoxifying the body. Although its use is not typically promoted by conventional medicine, proponents of vitamin C consider it an exceptional treatment for any chronic infection.

How much vitamin C should I take?

Most individuals will be able to gain benefits of vitamin C by following Pauling’s recommended dose of 1 gram, twice pre day. Those who are suffering a serious illness, however, should consider having a trusted healthcare provider administer vitamin C intravenously. Because, in reality, a sick person may need much more vitamin C to feel better.

If you are planning to take vitamin C orally (great), however, you may want to consider looking into the “multi-C protocol“.  Keep in mind, if you have any digestive disturbances, you simply have to adjust the dosage to remain comfortable – on a steady basis.

Editor’s note: Register now for the Holistic Oral Health Summit – 33 of the world’s top experts talking about how to improve oral health, prevent and reverse disease symptoms and avoid years of unwanted pain.  To discover (in detail) the power of vitamin C – be sure to check out the special presentation by Dr. Ronald Hunninghake.