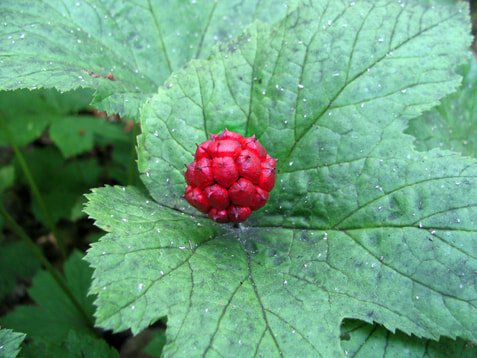 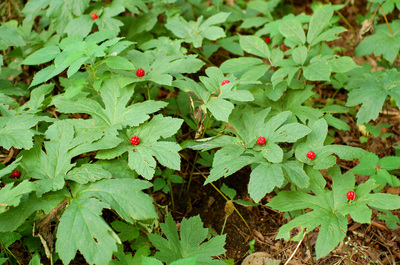 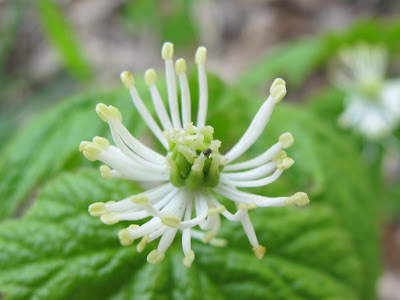 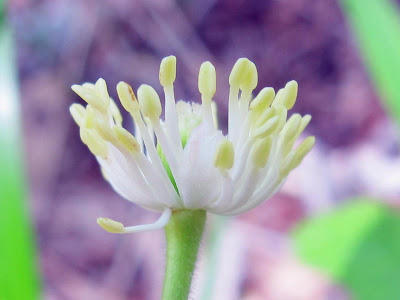 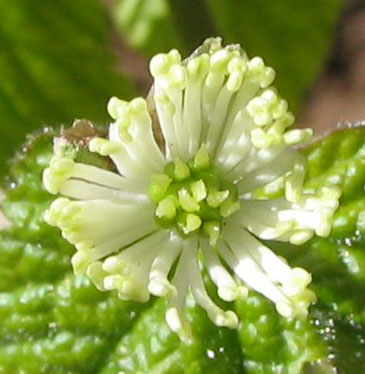 Goldenseal is one of the most popular herbs sold on the American market and has recently gained a reputation as a herbal antibiotic and immune system enhancer. American Indians used goldenseal as a medication for inflammatory internal conditions such as repiratory, digestive and genito-urinary tract inflammation induced by allergy or infection. The Cherokee used the roots as a wash for local inflammations, a decoction for general debility, dyspepsia, and to improve appetite. The Iroquois used a decoction of the root for whooping cough, diarrhea, liver disease, fever, sour stomach, flatulence, pneumonia, and with whiskey for heart trouble. They also prepared a compound infusion with other roots for use as drops in the treatment of earache and as a wash for sore eyes.

It was not until 1798 that its medicinal virtues began to attract attention. From then on its reputation as a powerful healing herb spread, both in England and America, and by about 1850 it had became an important article of commerce. It was popularly used as a bitter stomach digestive (to help stimulate digestion and improve appetite), to treat skin inflammations, and those of the eyes such as conjunctivitis.

It was also used for inflammation of the mucous membranes of the throat and digestive system. It?s traditional uses also include the treatment of peptic ulcers, gastritis, dyspepsia and colitis. It is said to stimulate appetite and generally have a toning effect on the whole body has also been used for anorexia nervosa. It is also said to be effective for treatment of catarrhal conditions of the upper respiratory tract and inflammations of the urinary tract.

Goldenseal's numerous uses are attributed to its antibiotic, anti-inflammatory and astringent properties. It soothes irritated mucus membranes aiding the eyes, ears, nose and throat. Taken at the first signs of respiratory problems, colds or flu, Goldenseal helps can help to prevent further symptoms from developing. It has also been used to help reduce fevers, and relive congestion and excess mucous.

Goldenseal cleanses and promotes healthy glandular functions by increasing bile flow and digestive enzymes, therefore regulating healthy liver and spleen functions. It can relieve constipation and may also be used to treat infections of the bladder and intestines as well.

Goldenseal contains calcium, iron, manganese, vitamin A, vitamin C, vitamin E, B-complex, and other nutrients and minerals. The roots and rhizomes of goldenseal contain many isoquinoline alkaloids, including hydrastine, berberine, canadine, canadaline, and l-hydrastine as well as traces of essential oil, fatty oil and resin. It is believed that the high content of these alkaloids gives its antibiotic, anti-infective and immune stimulating qualities.

In particular it is the alkaloid berberine that is most likely responsible for Goldenseal's effectiveness against bacteria, protozoa, fungi, Streptococci and it also promotes easier removal of the bacteria by inhibiting their ability to adhere to tissue surfaces. Berberine is also anti-fungal and strongly anti-diarrheal. It aids against the infection of mucous membranes such as the lining of the oral cavity, throat, sinus, bronchi, genito-urinary tract and gastrointestinal tract. Clinical studies have shown it is effective in the treatment of diarrhea cause by E. coli (traveller's diarrhea), Shigella dysenteriae (shigellosis), salmonella paratyphi (food poisoning), giardia lamblia (giardiasis), and vibrio cholerae (cholera).

It has proven its value in cases of diarrhea and hemorrhoids. Its astringent properties have also been employed in cases of excessive menstruation and internal bleeding. Externally, a wash can be prepared to treat skin conditions such as eczema and ringworm, as well as wounds and badly healing sores, or used as drops in cases of earache and conjunctivitis. The decoction is also said to be effective as a douche to treat trichomonas and thrush. As a gargle it can be employed in cases of gum infections and sore throats. The application of a paste or poultice containing goldenseal root is sometimes recommended for boils, abscesses and carbuncles on the grounds that Goldenseal helps to kill bacteria and reduce inflammation.

Goldenseal stimulates contraction of the uterus and thus should be avoided during pregnancy.

Do not use goldenseal without consulting a physician if you have had heart disease, diabetes, glaucoma, a stroke, or high blood pressure.

Caution is advised for high doses which can occasionally interfere with B vitamin metabolism.

In general, goldenseal does not produce antagonistic side effects when taken in traditional dosage amounts. At one time, goldenseal was mistakenly thought to prevent detection of illegal substances in urine analyses necessary for employment or other reasons. However, this urban legend was formulated out of an old chemical reaction that was explained in a book published in 1900 by the herbalist John Lloyd and has since then been refuted by clinically produced evidence. Goldenseal medicinal uses are just one of the many benefits of offered by this broad-spectrum plant. It also contains:

However, as a berberine-containing plant, goldenseal should not be taken while pregnant since it has been correlated with kernicterus in newborns, a rare neurological condition which causes some newborns to experience severe jaundice.