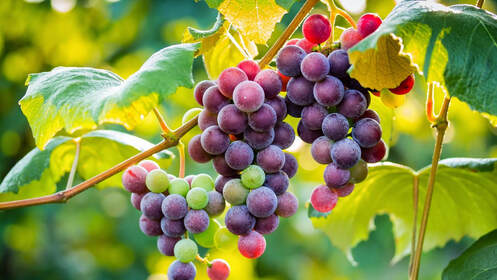 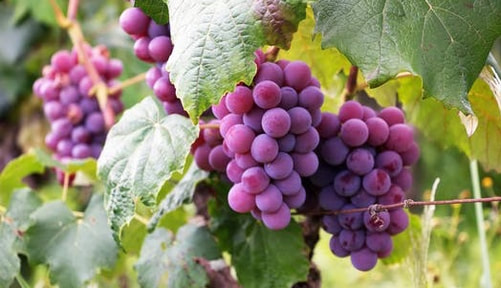 Is there sodium fluoride in your organic

by: Ethan A. Huff

Most of the talk concerning fluoride exposure these days centers around the chemical's forced presence in many public water supplies, and how this is causing an epidemic of chronic health problems. But little do many people realize that fluoride exposure is also problematic throughout the food supply, including in fresh food crops that have been sprayed with pesticides and herbicides made from fluoride compounds.

Grape growers in particular have long used a chemical known as cryolite, which also goes by the trade name Kryocide, to deter leaf-eating and other types of pests. This fluoride-based chemical is used on all sorts of food crops, in fact, including on many different fruits and vegetables consumed by millions of people. And because insects have yet to build up a resistance to cryolite, despite its having been in use for at least 50 years, the chemical has become a staple pesticide for many growers.

Cryolite is very easily absorbed by the crops to which it is applied, which means that people who eat grapes, or who drink wine made from grapes that have been sprayed with cryolite, are inadvertently consuming untold amounts of toxic fluoride. It turns out that cryolite contains aluminofluoride ions that shed fluoride ions, which then pass through the blood-brain barrier and contaminate brain tissue.

Since fluoride chemicals are persistent and do not biodegrade, they often build up in soils where plants uptake them into their roots, stems, leaves, and even their fruit. This has clearly been observed in grapes, for instance, which often contain levels of fluoride far higher than the U.S. Environmental Protection Agency's (EPA) maximum contaminant level (MCL) for fluoride of four parts per million (ppm).

Many domestic wines, in fact, have levels of fluoride so high that they cannot be exported to Europe and other places where MCL thresholds for fluoride are lower than they are in the U.S. Elf Atochem North America, Inc., the chemical company responsible for producing Kryocide, actually put out an advisory for domestic grape growers a while back warning them not to use as much cryolite on grape crops intended for export, as the crop would not meet proper safety standards. (http://www.fluoridealert.org/kryocide.htm)

And yet the company encouraged these same growers to continue using high amounts of cryolite on grapes intended for domestic consumption, as U.S. standards are far more lenient. As a result, many domestic wines contain inordinate amounts of fluoride, some as high as six ppm or more, which greatly exceeds the EPA's MCL for fluoride -- and this is on top of fluoride exposure from other food sources, as well as routine exposure through the water supply. (http://www.organicconsumers.org/Toxic/flouride.cfm)

National organic standards permit use of fluoride on organic crops

Sadly, conventional crops are not the only ones subjected to fluoride chemicals. Even though many of the more than 150 fluoridated pesticides on the market today are prohibited for use on crops grown according to the U.S. Department of Agriculture's(USDA) established organic standards, the agency still allows the use of fluoride chemicals on organic crops.

According to research compiled by Dr. Paul Connett, Ph.D., a professor of chemistry at St. Lawrence University in New York, the USDA, when crafting its final guidance on National Organic Standards (NOS), ignored public concern about allowing the use of fluoride on organic crops. Despite all the evidence showing fluoride's dangers, and the fact that it is a synthetic chemical that has no place in organic agriculture, the USDA sided with the EPA in declaring that sodium fluoride is inert, or inactive.

"To call sodium fluoride an 'inert' is Orwellian and defies one of the NOS's stated principles: producers shall not use 'natural poisons such as arsenic or lead salts that have long-term effects and persist in the environment,'" wrote Dr. Connett and his wife Ellen in a published paper on the use of fluoride chemicals in agriculture.

Because cryolite is primarily used just in California, sourcing wine and grapes from other states, or from outside the country, may help to limit your exposure to toxic fluorides. TheSeattle Times, in a 2007 "Q&A" piece about wine explains how grapes grown in both Washington and Oregon, for instance, are not sprayed with cryolite, which means they will naturally contain lower levels of fluoride. (http://seattletimes.nwsource.com)

Similarly, wines made in other countries such as France, Germany, Italy, and Spain will also have lower levels of fluoride overall as the grapes used to make them are not treated with cryolite. And even though national organic standards technically allow the use of certain fluoride chemicals on organic crops, it does not appear that cryolite is one of them, as many fluoride-sensitive individuals have not had a problem drinking organic wines or eating organic grapes.

The worst grapes for fluoride, it turns out, appear to be conventional varieties grown in California. Non-organic wines from California tend to test the highest for fluoride content, and various anecdotal reports indicate that they are the most likely to elicit negative side effects among those with strong sensitivities to fluoride. (http://www.celluliteinvestigation.com/2011/11/fluoride-wine.html)

Your best bet is to stick with organic grapes and wines sourced from outside California,

whenever possible, or to personally contact individual wineries and grape growers to inquire about whether or not they use cryolite, bone meal, and other high-fluoride treatments on their grapes.

You can also inquire as to whether or not they regularly test for fluoride levels in their wines or grapes. 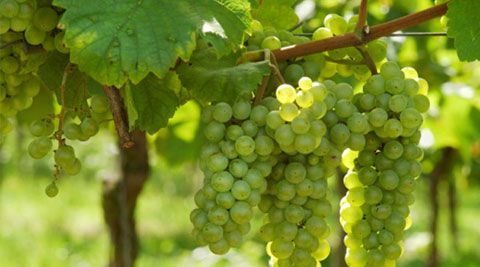