For over 15 years dangerous and deadly bioengineered Nano Food has been taken over our commercial and corporate food supplies.

Unregualted, untested, Nanotechnology was a

One Trillion dollar market in 2014

while Engineered Nano Foods was said to be at

The nanotechnology in foods has been found in studies to cause entry into the tissue, blood and brains due to its subatomic particle size.

In rats it was found to enter lungs, liver, kidney and spleen as reactions at the nano size cause unknown reactions due to their incredibly small size. Shelf life extension on beer, milk, etc. taste bud alterators that trick taste buds, biochps in the food and soil with rfid antennas to track food inside your body as well many sensors in biosolids (waste) used as fertilizer are just some of the applications.

The USDA/FDA/WHO are silent as to any oversite and strictly are action as advisors as corporate instituions work hard to keep the public uninformed.

The few industry polls taken show a whopping 75% are grossly and completely uninformed while only 7% said they had fairly good knowledge on this most critical silent invasion into our food supplies. Another huge wake up call. Know a farmer, grown your own.

The new threat to food.

http://www.globalresearch.ca/nanotech... Are you ready for your nanotechnology engineered wine?

Welcome to the World of Nano Foods 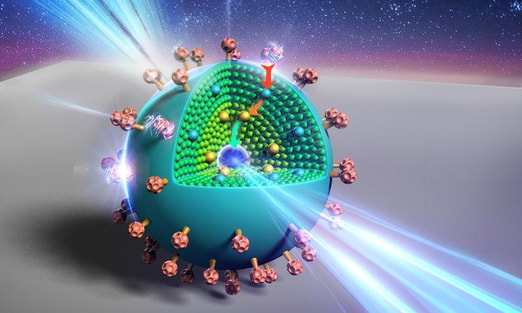 Nanotechnology in Our Food

Nanotechnology is a powerful but novel platform for taking apart and reconstructing nature at the atomic and molecular level with important human and environmental health ramifications.

CFS built this database as a step to fill the information gap, to alert consumers of just how widespread this technology is, and to improve transparency in our food supply.

Nanoparticles in your food?

Nanoparticles in your food? You're already eating them | Grist

The above foods all contain titanium dioxide in nano form.

I’ve been keeping my eye on the role of nanotechnology in food for a few years now, so I was interested to see a feature-length investigation called “Eating Nano” in this month’s E Magazine.
​In it, E editor Brita Belli takes a deep dive into the growing role of nanotechnology in food and agriculture, the current lack of oversight and regulations, and the growing consensus that more information and transparency are both sorely needed in relation to this growing field.

Nanotechnology involves the engineering and manipulation of particles at a nano scale.

Nanoparticles, as they’re called, are measured in nanometers or billionths of one meter. Another way to put it: If a nanoparticle were the size of a football, a red blood cell would be the size of the field. Although some nanoparticles have been found to exist in nature (carbon nanoparticles exist in caramelized foods, for instance, and silverware has been shown to shed nano-sized silver particles), it’s the nanoparticles that are engineered in laboratories that have environmental health advocates concerned.

Here’s the thing: It turns out most materials start behaving differently at that size. According to the British corporate accountability organization As You Sow, which has been keeping tabs on the nanotech industry for several years, “materials reduced to the nanoscale either through engineered or natural processes can suddenly show very different properties compared to what they exhibit on a macroscale, enabling unique applications such as alterations in color, electrical conductance, or permeability.”

Considering the fact that nanoparticles are now used to help deliver nutrients, keep food fresh for longer, and act as thickening and coloring agents in processed foods, these “different properties” might be cause for concern. Or — at the very least — they might be reason enough to conduct thorough research into their health impacts.

In actuality, companies are not required to disclose nano-sized ingredients, nor is there much active questioning about their safety. Instead, Belli writes, “From the government’s perspective, nano forms of silver, iron or titanium are no different, fundamentally, from their scaled-up counterparts which have already been safety tested, so the agency has ushered the particles into the food supply under the Generally Recognized as Safe provision.”

I’ve been hearing about nanoparticles in food packaging for a while now (it’s a market Belli says is expected to reach $20 billion by 2020), but I had no idea that there was nano-coating in the works for bananas. And what I was most surprised to learn is just how many food products already contain nanoparticles.

Nanoparticles can be used to purify water, as anticaking and gelatin-forming agents and in packaging to protect against UV light, prevent the growth of microbes or detect contamination. Titanium dioxide is added to a huge swath of products in nano form including paints, paper and plastics but also lends white pigment to most toothpastes and many processed foods, including Mentos, Trident and Dentyne gum, M&Ms, Betty Crocker Whipped Cream Frosting, Jello Banana Cream Pudding, Vanilla Milkshake Pop Tarts and Nestlé Original Coffee Creamer.

Environmental Science & Technology which concluded that each of us likely consumes some amount of titanium dioxide (TiO2) nanoparticles each day, and children under 10 likely consume the greatest amounts (around 1-2 mg TiO2 per kilogram body weight per day) due to their higher intake of frosted foods, candy, gum and other sweets.

Although there is less science focused on ingested nanotech particles than on, say, the ones that are inhaled in industrial environments, Belli does point to the few studies that exist, including a recent one out of Cornell University that looked at chickens’ abilities to absorb iron after eating nanoparticles generally considered safe for human consumption.

​In it, researchers found that acute exposure to the particles changed the structure of the lining of the chickens’ intestinal walls, a change the lead scientist noted “serves to underscore how such particles, which have been widely studied and considered safe, cause barely detectable changes that could lead to, for example, over-absorption of other, harmful compounds.”

When it comes to questions about the health effects of eating nanoparticles, Belli quotes a guide on the American Society of Safety Engineers’ website, which reads:

Nanoparticles may be ingested through drinking water, food additives, atmospheric dust on food, toothpaste and dental fillings and implants. Ingested nanoparticles can then be absorbed through ‘Peyer’s Plaques’ or small nodules in intestinal tissue that are part of the immune defense system. If nanoparticles enter the digestive system and proceed into the bloodstream, they could move throughout the body and cause damage.

Of course, most of this — and much of the science Belli points to — is preliminary, based on very little hard science. And if that lack of a cautionary approach to science in a multibillion-dollar industry sounds familiar, that’s because — well, it is. The comparison to genetically modified foods is unavoidable.

In fact, Timothy Duncan, a research chemist from the Food and Drug Administration, admitted as much about the nanotech industry (which likely has thousands of food and food packaging products in the research and development stage) while writing in the journal Nature Nanotechnology last year.

​“What’s holding back the introduction of nanofoods is the hesitation of the food industry, fearing a public backlash along the lines of what happened with genetically modified foods, and public fears in some countries about tampering with nature,” Duncan wrote.

And considering how little media coverage these larger questions about nanotechnology and food have received — not to mention inclusion on the larger “food movement” laundry list — it looks like the lesson the food industry has learned from GMOs is not one about the importance of transparency, but quite the opposite.

As Tom Philpott observed in Grist in 2010, the last time big questions surfaced about nanotech in food in the media: “As with GMOs, the strategy seems to be: release into the food supply en masse first; assess risks later (if ever).” 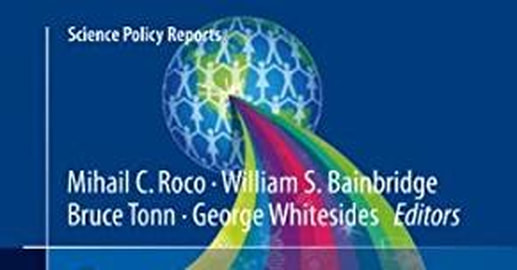 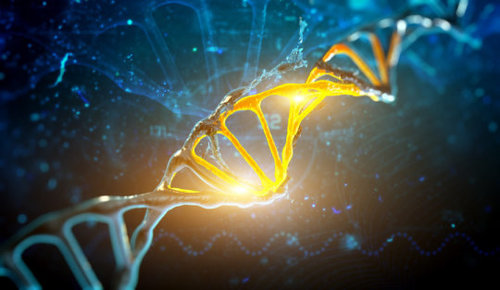