"The need for drug therapies will fade away as brain science advances."

“For every drug that benefits a patient,

there are natural substances that can produce the same effect”.

Drug medications will not stand the test of time.

A fundamental limitation is that psychiatric drugs are foreign molecules
that produce an abnormal condition rather than producing normalcy.

Epigenetic and other therapies in the new era will normalize
the brain without introducing side effects. 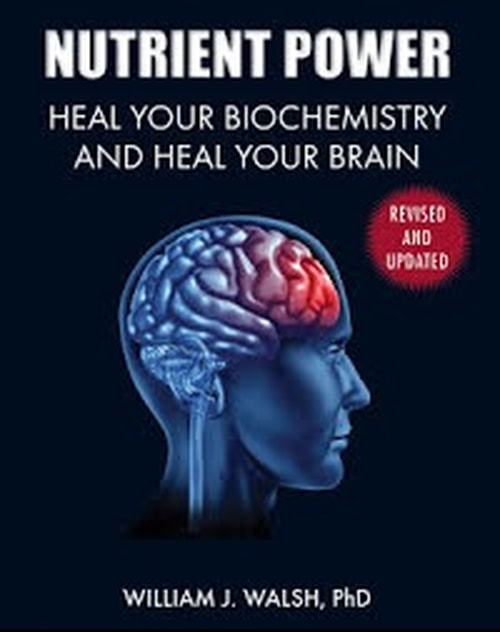 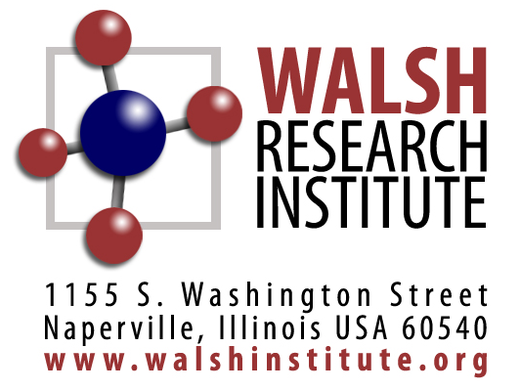 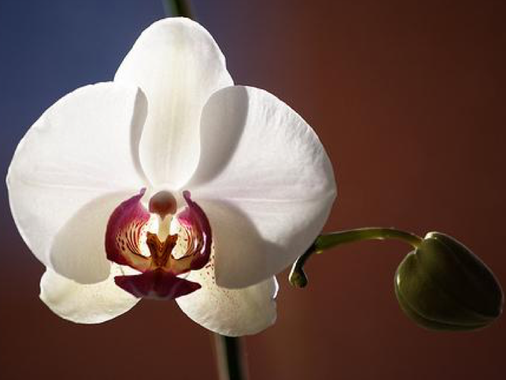 This book could change medical history.”

Psychiatry has made great advances in the past 50 years but it needs a new direction.

In his book, Nutrient Power: Heal Your Biochemistry and Heal Your Brain (Skyhorse Publishing, September 2012), the author and scientist William J. Walsh, PhD, presents a science-based nutrient therapy system that can help millions of people diagnosed with mental disorders.

Recent discoveries in epigenetics and the molecular biology of the brain have provided a roadmap for the development of effective, natural, drug-free therapies that do not produce serious side effects.

The author explains that the need for prescription drugs will fade away as science advances.

Nutrient Power describes individualized nutrient therapy treatments that have produced thousands of reports of recovery. Walsh's approach is more scientific than the trial-and-error use of psychiatric drugs and is aimed at a true normalization of the brain.

Depression, schizophrenia, and ADHD are umbrella terms that encompass disorders describing the widely differing brain chemistries and symptoms. Nutrient Power describes individualized nutrient therapies tailored to those specific biotypes. The book includes case studies and in- depth chapters describing how the brain can be healed by identifying nutrient deficiencies and overloads, and how natural, drug-free therapies can effectively correct the imbalances.

Other book highlights include the Walsh Theory of Schizophrenia, a new way to look at autism, a promising new treatment for Alzheimer's, and recommendations for reducing crime and violence.

William J. Walsh, PhD, is a scientist with more than 40 years of research experience.

He received his doctorate in chemical engineering from Iowa State University. Dr. Walsh has devoted the last 30 years to develop biochemical-treatment protocols for patients with behavior disorders, ADHD, autism, depression, anxiety disorders, schizophrenia, and Alzheimer’s disease. He is the author of more than 200 scientific articles and reports.
Dr. Walsh lives and works outside of Chicago, Illinois.

That could happen in your family, too.

—Dr. Woody McGinnis, autism researcher
​
“A necessary must for practicing physicians, patients, and families! This book opens a new door in psychiatric healthcare. When all else has failed, read this book.”

To request a copy of Nutrient Power or to learn more from the author, please contact:
Sue Hanegraaf/ 630 400 3400/sue@walshinstitute.org

Available in print and as an e-book wherever books are sold in stores and online.

William J. Walsh, PhD, is an internationally recognized expert in the field of nutritional medicine. He is president of the non-profit Walsh Research Institute in Illinois and conducts physician training programs in advanced biochemical/nutrient therapies in Australia, Norway, and other countries.

Dr. Walsh has authored numerous peer-reviewed journal articles and scientific reports and has been granted five patents. He has presented his experimental research at the American Psychiatric Association, the U.S. Senate, and the National Institute of Mental Health.

After earning degrees from Notre Dame and the University of Michigan, Dr. Walsh received a PhD in chemical engineering from Iowa State University. While working at Argonne National Laboratory in the 1970s, Dr. Walsh organized a prison volunteer program that led to studies of prisoners and ex-offenders researching the causes of their violent behavior.

A collaboration with Carl C. Pfeiffer, MD, PhD, a pioneer in the field of nutritional research therapy, led Dr. Walsh to the development of individualized nutrient protocols to normalize body chemistry and brain chemistry. Over the next 30 years, Dr. Walsh developed biochemical treatments for patients with behavioral disorders, attention deficit hyperactivity disorder, autism, depression, anxiety disorders, schizophrenia, and Alzheimer’s disease that are used by doctors throughout the world.

Dr. Walsh has studied more than 25,000 patients with mental disorders. His accomplishments include (a) groundbreaking studies reporting reduced violent behavior following nutrient therapy, (b) the 1999 discovery of undermethylation and copper/zinc imbalances in autism, (c) the 2000 finding of metallothionein protein depletion in autism, (d) the 2007 published study linking copper overload and post-partum depression, (e) the identification of five biochemical subtypes of clinical depression, (f) the 2011 development of the Walsh Theory of Schizophrenia, and (g) the direction of the Beethoven Research Project that revealed that the composer suffered from severe lead poisoning.

Striking blood/urine chemistry differences between mental illness
populations and the rest of society.

Humans are genetically & epigenetically diverse.
Because of genetics and epigenetics, most people are deficient in several nutrients and overloaded in others.

The Brain Is a Chemical Factory

The Power of Nutrients

These nutrient imbalances are present in a variety of disorders:

Question: Why are these biochemical abnormalities seen in so many mental disorders?
Answer: Each is directly involved in synthesis or regulation of a major neurotransmitter.

Nutrients and Regulation of Neurotransmitter Activity

Population of transport proteins, the passageways for returning NTs (reuptake).

 >20,000 genes in every cell’s DNA, each capable of producing a specific protein,
 Liver, skin, brain, and other tissues require a unique combination of proteins,
 For each tissue, a natural “bookmarking” process during fetal development establishes which genes will be expressed or silenced throughout life,

Characteristics of an Epigenetic Disorder

 The fragile DNA is wrapped around a multitude of tiny proteins called “histones” to form chromatin.
 The chromatin is efficiently compressed into highly compacted chromosomes.

 Composed of 8 linear proteins twisted together like a ball of yarn,
 Originally believed to serve only as structural support for DNA packaging,
 Later found to inhibit/promote gene expression depending on chemical reactions at histone tails.

 Transmembrane proteins that remove neurotransmitters from the synapse like a vacuum cleaner inhaling dust particles,

Other Forms of Schizophrenia

Schizophrenia: Evidence of an Epigenetic Disorder

Some Consequences of Excess Oxidative Stress

The Three Musketeers of Antioxidant Protection

The Role of Environment

 Concordance of only 60-80% in identical twins indicates that environment plays a significant role.
 Since DNA mutations can take centuries to develop, the autism epidemic has been attributed to changes in environment.

Environmental Insults: A Multitude of Possibilities

 Undermethyation can alter gene programming during pregnancy,
 Cumulative oxidative stress can produce deviant epigenetics “bookmarks” after birth,
Epigenetic errors can be transferred to future generations and contribute to the autism epidemic.

Drug medications will not stand the test of time. A fundamental limitation is that psychiatric drugs are foreign molecules that produce an abnormal condition rather than producing normalcy.
Epigenetic and other therapies in the new era will normalize the brain without introducing side effects.

The need for drug therapies will fade away as brain science advances.

“For every drug that benefits a patient, there are natural substances that can produce the same effect”.