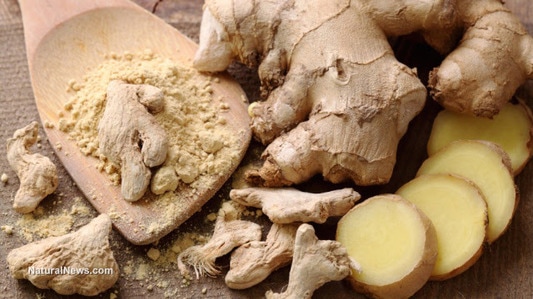 Natural ginger is up to 10,000 times more effective

Tags: ginger, chemotherapy, cancer treatment
(NaturalNews) Ginger naturally contains a compound that is up to 10,000 times more effective than chemotherapy drugs at killing the cancer stem cells that make malignant tumors so dangerous, according to a study published in the journal PLoS.

The chemical, known as 6-shogaol, is produced when ginger roots are dried or cooked. The researchers found that 6-shogaol is active against cancer stem cells at concentrations that are harmless to healthy cells. This is dramatically different from conventional chemotherapy, which has serious side effects largely because it kills healthy as well as cancerous cells.

Although they make up less than 1 percent of the cells in any given tumor, stem cells are impervious to nearly all known or experimental chemotherapy agents. These cells are also able to replicate indefinitely, and they are capable of splitting off from their originating colony to start new tumors elsewhere.

They are key players in the process of metastasis, which is responsible for 90 percent of cancer-related deaths.

The persistence of cancer stem cells also explains why cancers can recur even after seemingly successful tumor eradication via chemotherapy, radiation or surgery.

"Cancer stem cells pose serious obstacle to cancer therapy as they can be responsible for poor prognosis and tumour relapse," the researchers wrote. "To add into the misery, very few chemotherapeutic compounds show promise to kill these cells."

Kills cancer cells on many fronts

The researchers then compared the cytotoxicity of 6-shogaol against human breast cancer stem cells with that of the widely used chemotherapy drug taxol.

They found that while taxol did show cytotoxicity in a one-dimensional laboratory model of cancer ("monolayer"), it showed almost no effect in the three-dimensional ("spheroid") model that is now believed to be a more accurate model of real-world cancer tumors. 6-shogaol, however, was effective in both the monolayer and spheroid models.

The researchers then increased the taxol concentration by 10,000 times, but it still showed no effectiveness in spheroid model.

"[T]axol, even though was highly active in monolayer cells, did not show activity against the spheroids even at 10,000 fold higher concentration compared to 6-shogaol," the researchers wrote.

The promise of food-based cures

The fact that 6-shogaol naturally occurs in a widely consumed human food is promising for its safety profile, the researchers noted.

"Dietary compounds are welcome options for human diseases due to their time-tested acceptability by human bodies," they wrote.

Another food-based chemical that has shown promise against cancer stem cells is phenethyl isothiocyanate (PEITC). This chemical is produced from the reaction of a compound and an enzyme that occur in cruciferous vegetables, such as broccoli and cabbage. This reaction actually takes place simply when the vegetables are chewed, which means that eating cruciferous vegetables causes the human body to be exposed to PEITC.

According to a May 2015 press release by researchers from the South Dakota State University Department of Health and Nutritional Sciences, PEITC has been successful at killing cervical cancer stem cells. The concentrations used in the study are actually achievable simply from a diet rich in cruciferous vegetables, the researchers said. The vegetables highest in PEITC potential are watercress and land cress.

This research suggests that PEITC, and possibly even a diet rich in cruciferous vegetables, could assist in the prevention of or recovery from cancer.

Sources for this article include:
​
GreenMedInfo.com 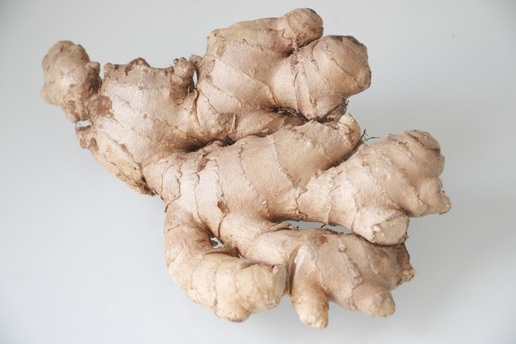 THAN CHEMO (ONLY KILLS CANCER CELLS)

FoodHealth & LongevityResearchScience
Ginger is a fantastic spice used not only for food and juices but also to treat nausea and motion sickness. However, more astonishing is the new studies that are coming out that show the effect ginger has on different types of cancer.

One study performed by Georgia State University found that ginger extract was able to reduce the size of a prostate tumor by 56% in mice. It was also found that ginger reduced inflammation and supplied the mice with antioxidants.

This study was just the beginning.

Another study published on PLoS found that 6-shogaol, a component found in ginger, is superior in targeting the root cause of breast cancer malignancy or breast cancer stem cells.

Cancer stem cells only make up .2 to 1% of the cellular makeup of a tumor, but they are very difficult to kill. If the stem cell is not destroyed, it will create even more cancer cells that could travel all over the body. 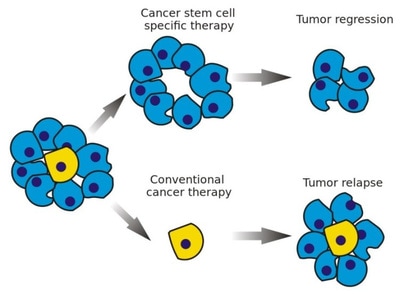 This study found that the 6-shogaol found in ginger is produced when the root is either dried or cooked. These are common methods for preparing ginger. But what is even more amazing is the effect it had on the body while fighting cancer stem cells.

“Researchers found that these cancer-destroying effects occurred at concentrations that were non-toxic to non-cancer cells. That means that this particular component of ginger only killed cancer cells, leaving healthy cells alone. This makes it very different from conventional cancer treatments that do not display that kind of selective cytotoxicity, meaning they can really harm the patient.” (Health Nut News)

In breast cancer, the study found that 6-shogaol drastically affects the cell cycle that increased cancer cell death. It also inhibits the growth of breast cancer spheroids or lumps.

It should be noted that this study was not performed on people, but on cell cultures. However, the results are very promising for many future cancer sufferers. It is well known that traditional cancer treatments are difficult to the mind, body, and soul.
​
If a more natural method of treatment can be found, why not go for it!