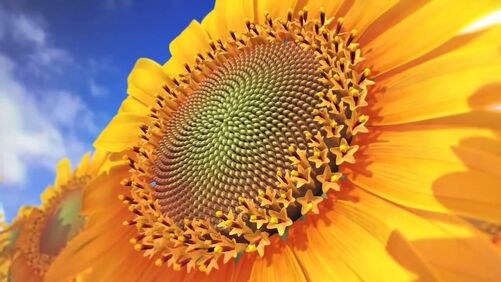 ​Between Vitamin D and Insulin Resistance 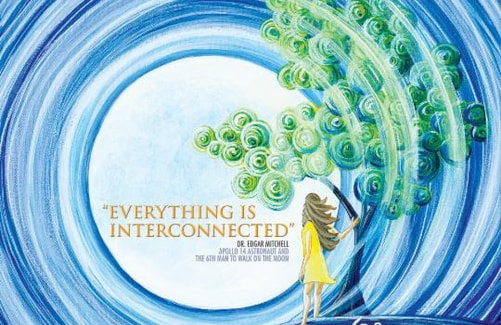 https://www.chargeplay.com/q/?s=5qvzsp
"The Grounded 2" is the much anticipated sequel to the feature film,
"The Grounded".

It is about the greatest health rediscovery of all time.

while the latter discusses the importance of Vitamin D, which he does not recommend be taken in pill form but with healthy exposure to natural sunlight.

After all, this is how the human body has been naturally synthesizing Vitamin D since the dawn of time!

Dr. Mercola brings up Vitamin D because while you are outside and Grounding, be it by talking a barefoot walk in a park or on the beach or just laying down in the grass, this will necessitate that you be outside - and this will afford you the opportunity to obtain natural Vitamin D via sunlight. Low Vitamin D levels in your blood are associated with increased mortality.

Both of these most basic and simple of activities - yet, which are also incredibly important to your health, along with a diet of organic, super healthy and detoxifying foods, with recipes from the Gerson Therapy are what saved Dr. Sinatra's son, Step Sinatra from the brink of death.

Step Sinatra had been a Wall Street trader, surrounded by what his father describes as a "horseshoe" of electronic equipment; mostly old-fashioned TV screens.

Sitting close to one, let alone 20 of those things, is tantamount to getting slammed by a fire hose of untold amounts of dirty electricity (old TV technology uses a beam of electrons to excite the old style screens into producing images encoded within that stream of electricity). Often he had a cellphone in each ear.

Long story short, Step Sinatra's body's natural EM field literally got "blown out" and dozens of medical specialists and hundreds of thousands of dollars later, he still hadn't been diagnosed, let alone, cured, as this young man's body steadily wasted away, to the point where he got down to an astonishing 78 lbs!

It was ultimately through his father's discovery of Grounding, that this son, Step finally got on the road to recovery.
​
Vitamin D3

As a hormone, Calcitriol controls phosphorus, calcium, and bone metabolism and neuromuscular function. Vitamin D3 is the only vitamin the body can manufacture from sunlight (UVB). Yet, with today’s indoor living and the extensive use of sunscreens due to concern about skin cancer, we are now a society with millions of individuals deficient in life-sustaining bone building and immune modulating 1,25-dihydroxy Vitamin D3.

For more than a century, scientists have recognized that Vitamin D3 is involved in bone health. Research has continued to accumulate, documenting Calcitriol’s role in the reduction of the risk of fractures to a significant degree. The latest research, however, shows that 1,25-dihyroxy Vitamin D3 deficiency is linked to a surprising number of other health conditions such as depression, back pain, cancer, both insulin resistance and pre-eclampsia during pregnancy, impaired immunity and macular degeneration.

As it becomes clear that Vitamin D3 plays a wide role in overall health, it’s becoming equally clear that a large percentage of individuals are deficient in this important nutrient, which has hormone-like activity. The fear of skin cancer has stopped many individuals from obtaining beneficial amounts of sunlight.

The skin uses the energy of UVB to convert 7-dehydrocholesterol into Vitamin D3. Even individuals, who venture out into the sun often and use suntan lotion, may be deficient in Vitamin D3.

Furthermore, as we age, we are less equipped to produce sufficient quantities of this vital nutrient. One study found that age-related declines in kidney function may require older people to ingest more Vitamin D3 to maintain the same blood levels as younger people.1

The Recommended Daily Intake (RDI) of Vitamin D3 is set so low those mature individuals who consume this small amount (400 to 600 International Unites (I.U.’s)) are still likely to be deficient if they live north of the Tropic of Cancer or south of the Tropic of Capricorn.

In fact, researchers have discovered that the RDI, which was considered adequate to prevent osteomalacia (a painful bone disease) or rickets, is not high enough to protect against the majority of diseases linked to 1,25-dihyroxy Vitamin D3 deficiency. For example, an analysis of the medical literature found that at least 1,000 to 2,000 IU of Vitamin D3 per day is necessary to reduce the risk of colorectal cancer and that lower doses of Vitamin D3 did not have the same protective effect.2

In an editorial in the March 2007 edition of the American Journal of Clinical Nutrition, a prominent group of researchers from leading institutions such as the University of Toronto, Brigham and Women’s Hospital, Tufts University and University Hospital in Zurich, Switzerland, lashed out at the conventional media for its inaccurate reporting of Vitamin D supplementation.3

The researchers wrote, “Almost every time the public media report that Vitamin D nutrition status is too low, or that higher Vitamin D intakes may improve measures of health, the advice that accompanies the report is outdated and thus misleading. Media reports to the public are typically accompanied by a paragraph that approximates the following:

‘Current recommendations from the Institute of Medicine call for 200 IU/day from birth through age 50 years, 400 IU for those aged 51–70 years, and 600 IU for those aged >70 years. Some experts say that optimal amounts are closer to 1,000 IU daily. Until more is known, it is wise not to overdo it.’ The only conclusion that the public can draw from this is to do nothing different from what they have done in the past.”

The researchers point out that supplemental intake of 400 IU per day barely raises blood concentrations of 25(OH)D, which is the circulating Vitamin D metabolite that serves as the most frequently measured indicator of Vitamin D status. To raise 25(OH)D from 50 to 80 nmol/L requires an additional intake of 1,700 IU Vitamin D per day.

The researchers went on to write that, “The balance of the evidence leads to the conclusion that the public health is best served by a recommendation of higher daily intakes of Vitamin D. Relatively simple and low-cost changes, such as increased food fortification or increasing the amount of Vitamin D in Vitamin supplement products, may very well bring about rapid and important reductions in the morbidity associated with low Vitamin D status.”

One of the challenges is the outdated acceptable upper limit for Vitamin D3 consumption, which was set at 2,000 IU. However, researchers point out that more recent studies have shown that 10,000 IU is the safe upper limit.4

Dr. R. Vieth, one of the foremost authorities on Vitamin D3 supplementation, has extensively studied Vitamin D, and lamented the low requirements for Vitamin D3 in a recent issue of the Journal of Nutrition: “Inappropriately low UL [upper limit] values, or guidance values, for Vitamin D have hindered objective clinical research on Vitamin D nutrition; they have hindered our understanding of its role in disease prevention, and restricted the amount of Vitamin D in multivitamins and foods to doses (that are) too low to benefit public health.”5

When examining the medical literature, it becomes clear that Vitamin D3 affects human health in an astonishing number of ways and that not obtaining enough of this important nutrient can leave the door open to developing a number of health conditions.

Musculoskeletal disorders have been linked to Vitamin D3 deficiency in a number of studies. One of the newest studies explored the role that low Vitamin D3 levels play in the development of chronic low back pain in women. Sixty female patients in Egypt complaining of low back pain lasting more than three months were studied. Researchers measured levels of Vitamin D3 in the women with low back pain and compared those levels to those of 20 matched healthy controls.

One of the best known and long-established benefits of Vitamin D3 is its ability to improve bone health and the health of the musculoskeletal system. It is well documented that Vitamin D3 deficiency causes osteopenia, precipitates and exacerbates osteoporosis, causes a painful bone disease known as osteomalacia, and exacerbates muscle weakness, which increases the risk of falls and fractures. Vitamin D3 insufficiency may alter the regulatory mechanisms of parathyroid hormone (PTH) and cause a secondary hyperparathyroidism that increases the risk of osteoporosis and fractures.8

Scientists are developing a greater appreciation for Vitamin D3’s ability to improve cognition. In a recent study, Vitamin D3 deficient subjects scored worse on mental function tests compared to individuals who had higher levels of the Vitamin.9 The researchers wrote, “In conclusion, the positive, significant correlation between serum 25(OH)D concentration and MMSE [mental state examination scores] in these patients suggests a potential role for Vitamin D in cognitive function of older adults.”

Vitamin D3 deficiency has been linked to a host of other conditions such as high blood pressure, fibromyalgia, diabetes, multiple sclerosis, rheumatoid arthritis, and an increased risk of pre-eclampsia and insulin resistance during pregnancy.11,15-16 Most recently, low Vitamin D3 levels have been linked to an increased prevalence of early age-related macular degeneration.17

In many of my patients, even after consuming 2,000 to 4,000 IU of Vitamin D3 per day, their test results indicate that their Vitamin D3 levels have not increased. These patients needed to consume 8,000 IU of Vitamin D3 per day to achieve proper blood levels of the Vitamin. Patients should, therefore, have their physicians test their serum 1,25-dihyroxy D3 levels to determine the proper level of supplementation required. Testing is very important due to the fact that, in a small number of patients, Vitamin D3 supplementation can raise calcium levels to an excessively high level. I have found this to be especially true in African American patients. Testing for 1,25-dihyroxy Vitamin D3, PTH and calcium blood levels should therefore become a part of every woman’s regular blood work.

A growing number of researchers who have widely studied Vitamin D3 are almost begging the general public to consume more of this important nutrient. Due to Vitamin D3’s high safety profile in doses up to 10,000 IU per day and because of the wide role it plays in our health, consuming 2,000 to 4,000 IU per day of this nutrient at times of the year when sunlight is scarce is a prudent way to improve overall health. 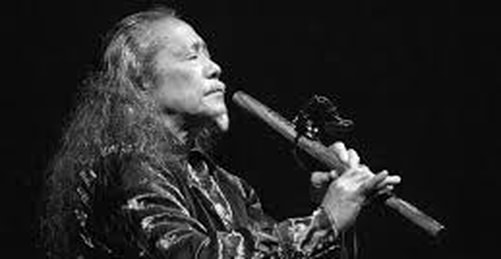 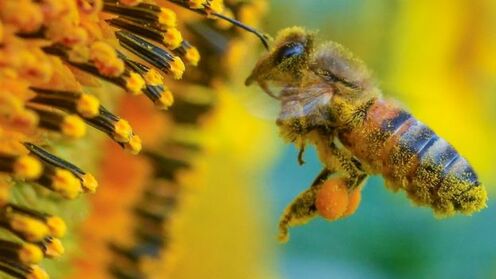 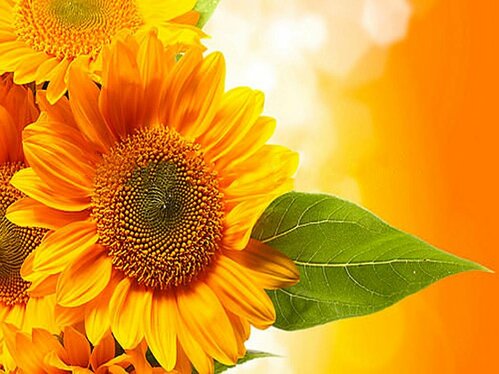