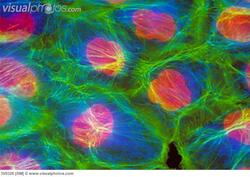 The United States now leads the world in consumption of GMO (Genetically Modified Foods). Our supermarkets on average contain 80-90% GMO foods. Almost all processed foods in the center of the supermarket contain GMO's. The dairy and meat section are a bit more deceptive, as the feed given to the animals contains GMO's.

Canola Oil and Soybean oil are very high in GMO content as they have been engineered to withstand heavy doses of health destroying agricultural chemicals. These oils are in many processed and canned food, but now there may be some help in fighting the planned destruction of your body by the Supermarket Corporations. According to a new study from researchers in the UK, Saudi Arabia, & Egypt, extra virgin olive oil may reduce DNA damage caused by GMO soybean products.

In the study, rodents given olive oil and genetically modified soybeans showed less DNA damage in their spleens compared to rodents who only ate the GM soybeans on their own.

In independent studies, GM soy and corn products have been linked to a litany of health problems ranging from infertility and cancer, but if the study is correct, foods high in specific health-protecting nutrients like EVOO can help to slow down the damage.

Other Benefits of Olive Oil for Halting GMO Damage

“We can conclude that adding EV olive oil to the diet of rats appears effective in inhibiting oxidative damage and may act as a protective agent against chronic diseases such as liver fibrosis, hyperlipidemia and diabetes,” researchers said.

“In addition, EV olive oil may also have a protective function against carcinogenic processes. Further clinical studies are therefore required to determine whether the observations observed in our study translate to human conditions and illnesses.”

The study can be found in the journal Nutrients and you can read it by clicking on this link.

The inclusion of genetically modified (GM) plants in the human diet has raised concerns about the transfer of transgenes from GM plants to humans. Contrary to the claims by biotech giants such as Monsanto, a report in PLOS One shows that that meal-derived DNA fragments are large enough to carry complete genes as they enter the human circulatory system. In some of the human samples studied the relative concentration of plant DNA was higher than the human DNA.

The potential effects of horizontal gene transfer on human health have always been stated as an important item in the safety assessment of genetically modified organisms. However, the persistence in the human gut of DNA from dietaryGM plants has been relatively unknown since their inception.

Our bloodstream is considered to be an environment well separated from the outside world and the digestive tract. According to the standard paradigm large macromolecules consumed with food cannot pass directly to the circulatory system. During digestion proteins and DNA are thought to be degraded into small constituents, amino acids and nucleic acids, respectively, and then absorbed by a complex active process and distributed to various parts of the body through the circulation system.

Based on the analysis of over 1000 human samples from four independent studies, researchers in PLOS One reported evidence that plant DNA concentration shows a surprisingly precise log-normal distribution in the plasma samples while non-plasma (cord blood) control sample was found to be free of plant DNA.

DNA molecules are ubiquitous in large numbers in all raw and unprocessed food. Depending on the extent of processing, various fractions of DNA molecules of varying size may be present in the consumed product, even in processed food such as corn chips and chocolate.

The amount of DNA in food is relatively low compared to other constituents and does not have significant nutritional value, hence nutritional studies rarely deal with this issue.

Pathogens may also produce enzymes and toxins that cause damage in host cells, which may facilitate entry into tissues (eg, proteinases of fungi infecting lungs) or suppress immune response (eg, damage to blood cells). In addition, pathogens may be self-sufficient for certain nutritional compounds or be able to sequester them.

Australian researchers have recently revealed serious issues over a new kind of genetically engineered wheat that could induce major health threats for people that consume it. "If this silences the same gene in us that it silences in the wheat -- well, children who are born with this enzyme not working tend to die by the age of about five," stated Professor Carman.

Various mechanisms exist for gene transfer between microorganisms, such as phage transduction, conjugation, and transformation by free DNA. The possible scenario for gene transfer between GM crops and microorganisms is, however, limited to transformation with free DNA. Blood is not free of DNA. White blood cells have nuclei that contain genetic material, which gives the dominant part of the DNA in a full blood sample. Beyond the DNA contained in the white blood cells the cell free blood plasma contains DNA, too.

When genetic engineers insert a new gene into any organism there are "position effects" which can lead to unpredictable changes in the pattern of gene expression and genetic function. The protein product of the inserted gene may carry out unexpected reactions and produce potentially toxic products. There is also serious concern about the dangers of using genetically engineered viruses as delivery vehicles (vectors) in the generation of transgenic plants and animals. This could destabilise the genome, and also possibly create new viruses, and thus dangerous new diseases. (Refs: Green, A.E. et al (1994) SCIENCE 263:1423; Osbourn, J.K. et al (1990) VIROLOGY 179:921.)

Alterations in our DNA can change our metabolism, growth rate, and/or response to external environmental factors. Potential health risks to humans include the possibility of exposure to new allergens, obesity, immune-suppression, cancer as well as the transfer of antibiotic-resistant genes to gut flora. All of these health risks are facilitated by enzymes within digestive tract.

There are animal studies, mainly focusing on the GMO issue, supporting the idea that small fragments of nucleic acids may pass to the bloodstream and even get into various tissues. For example, foreign DNA fragments were detected by PCR based techniques in the digestive tract and leukocytes of rainbow trouts fed by genetically modified soybean, and other studies report similar results in goats, pigs and mice.

Unnatural gene transfers from one species to another are dangerous. Biotechnology companies erroneously claim that their manipulations are similar to natural genetic changes or traditional breeding techniques. However, the cross-species transfers being made, such as between fish and tomatoes, or between other unrelated species, would not happen in nature and may create new toxins, diseases, and weaknesses.

The process of inserting genes is quite random and can damage normal genes. Genetic research shows that many weaknesses in plants, animals, and humans have their origin in tiny imperfections in the genetic code. Therefore, the random damage resulting from gene insertion will inevitably result in side-effects and accidents. Scientists have assessed these risks to be substantial. (Refs: Palmiter, R.D. et al (1986) ANNUAL REVIEW OF GENETICS 20: 465; Inose, T. et al (1995) INT. JOUR. FOOD SCIENCE TECH. 30:141.)

DNA introduced into plant cells mostly integrates at random, i.e. at non-predetermined positions of the genome. The biological process ultimately responsible for random integration is known as illegitimate recombination. DNA integrated at random frequently contains multiple copies and often copies are scrambled. Multiple copies also often induce gene silencing and hence instability in the expression of the introduced genes. In addition, the DNA integrates at loci of unknown stability and capacity for expression and randomly integrated copies may induce unpredictable and undesirable mutations in the host genome...Although our understanding of the general biology of recombination in plants is constantly improving, we still lack the knowledge for precision engineering of plants' genes and thus GM engineering may present one of the biggest threats to human health and the environment.