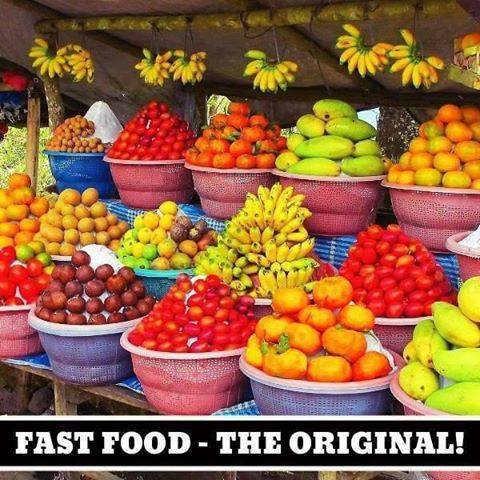 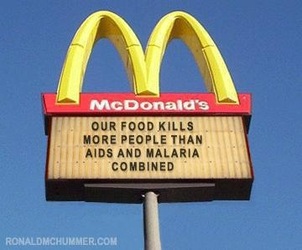 http://www.mandatory.com/tag/fast+food/
There are more than enough food documentaries and obese people in the world to alarm and convince us of the negative effects of fast food, but having a look at some relatable info might help you fully grasp what these "foods" do to our bodies. Here are a dozen dirty facts about fast food that will make you consider never visiting a drive-thru again.

1. While fast food is known to make those fat rolls grow, it can actually make your brain shrink. Studies have shown that diets high in trans fat are linked to the same brain shrinkage associated with Alzheimer's disease. So if you find yourself wandering the streets pantless and completely unaware of your surroundings, it was probably your value meal dinner that got you there, and at the ripe old age of 26 no less.

2. Strawberry milkshakes from McDonald's and Dairy Queen contain more chemicals than a conventional fertilizer. Up to 50 chemicals - some of which are found in perfumes - are mostly contained in the strawberry flavoring. This doesn't mean you should treat your lawn to strawberry milkshakes, though, unless you want to bring all the boys to your yard.

3. Nearly 90 percent of America's children eat fast food on a monthly basis, and one-third of children visit these foods on a daily basis. Mix that fast food fact with the startling statistic that fast food children gain six more pounds each year than they should, multiply that by the 15 or so years they eat it under your watch, and congratulations, you're the reason your fat kid gets bullied at school and loses his breath walking up a small flight of stairs.

4. The McRib doesn't have any rib bones in it, thankfully. That's because it's "restructured meat product" made from pig innards, tripe, heart, and scalded stomach. Then it's doused in salt. These parts are blended with more salt and water solution to help act as glue to keep the meat mixture together. That's why the McRib seems virtually indestructible. Oh, and I forgot to mention it contains 70 ingredients, one of which is azodicarbonamide, a flour-bleaching agent used in the production of foamed plastics like yoga mats. Yum.

6. Fast food hamburgers must be processed in the Fountain of Youth, because after 14 years one man's salvaged McDonald's burger reportedly hadn't aged a day or grown moldy/smelly in the least bit (photo below). What's their secret to ageless beauty? Creating "food" with a shelf life longer than nonperishable canned goods from the Y2K scare. That's their secret. It's almost like it's not even food at all.

8. Traces of fecal matter have been found in fast food fountain soda. So the next time you're enjoying a fountain Coke with a friend and think it'd be too mean to shit in their drink when they go to grab some napkins, just know that someone, somewhere, already did it for you. Let the pointing and laughing ensue.

9. This is what Taco Bell "meat" looks like before the chef serves it to you. It's sealed with freshness inside a plastic bag, but luckily only 36 percent of it is actual beef, so there's no cause for concern about it getting too spoiled.

10. McDonald's is the number one producer of beef in the U.S. A single fast food hamburger can contain beef from up to 100 different cattle. So if you love animals and fast food, just imagine driving down the road eating a 600-calorie hamburger as your car runs over several dozen cows. It's a nice thought.

11. One standard combo meal at a fast food restaurant contains all the calories you need for an entire day. So even if that doesn't fill you up, you better not eat much more or you're fucked. Fucked, I say!

12. Subway edged out McDonald's as the world's largest restaurant chain. Their chicken and bread contains a few more ingredients than you imagine. Why the hell is molasses in my chicken? And what the hell is gum arabic? But the best part is how they bold their type that this ingredient contains soy. Not Soy! Oh God! 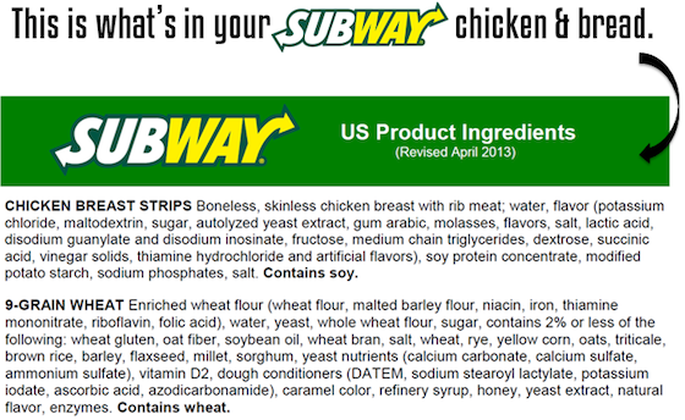 The Dark Side of Fast Food: Why Does It Make You

The Dark Side of the All-American Meal

... is a book by investigative journalist Eric Schlosser that examines the local and global influence of the United States fast food industry.

First serialized by Rolling Stone in 1999, the book has drawn comparisons to Upton Sinclair's classic muckraking novel The Jungle. The book was adapted into a film of the same name, directed by Richard Linklater.

The book is divided into two sections, "The American Way," which interrogates the beginnings of the Fast Food Nation within the context of post-World War II America; and "Meat and Potatoes," which examines the specific mechanizations of the fast-food industry, including the chemical flavoring of the food, the production of cattle and chickens, the working conditions of beef industry, the dangers of eating meat, and the global context of fast food as an American cultural export.

Fast Food Nation opens with discussion of Carl N. Karcher and the McDonalds brothers, examining their roles as pioneers of the fast-food industry in southern California. This discussion is followed by an examination of Ray Kroc and Walt Disney's complicated relationship as well as each man's rise to fame.

This chapter also considers the intricate, profitable methods of advertising to children. Next, Schlosser visits Colorado Springs, CO and investigates the life and working conditions of the typical fast-food industry employee: fast-food restaurants employ the highest rate of low-wage workers, have among the highest turnover rates, and pay minimum wage to a higher proportion of its employees than any other American industry.

Moreover, the meat produced by slaughterhouses has become exponentially more hazardous since the centralization of the industry: the way cattle are raised, slaughtered, and processed provides an ideal setting for E coli to spread. Additionally, working conditions continue to grow worse. In the final chapter, Schlosser considers how fast food has matured as an American cultural export following the Cold War: the collapse of Soviet Communism has allowed the mass spread of American goods and services, especially fast food. As a result, the rest of the world is catching up with America's rising obesity rates.

The book continues with an account of the evolution of fast food and how it has coincided with the advent of the automobile. Schlosser explains the transformation from countless independent restaurants to a few uniform franchises. "The extraordinary growth of the fast food industry has been driven by fundamental changes in American society... During that period, women entered the workforce in record numbers, often motivated less by a feminist perspective than by a need to pay the bills. In 1975, about one-third of American mothers with young children worked outside the home; today almost two-thirds of such mothers are employed.

As the sociologists Cameron Lynne Macdonald and Carmen Sirianni have noted, the entry of so many women into the workforce has greatly increased demand for the types of services that housewives traditionally perform: cooking, cleaning, and child care. A generation ago, three-quarters of the money used to buy food in the United States was spent to prepare meals at home. Today about half of the money used to buy food is spent at restaurants - mainly at fast food restaurants."

Regarding the topic of child-targeted marketing, Schlosser explains how the McDonald's Corporation modeled its marketing tactics on The Walt Disney Company, which inspired the creation of advertising icons such as Ronald McDonald and his sidekicks.

​Marketing executives intended that this marketing shift would result not only in attracting children, but their parents and grandparents as well. More importantly, the tactic would instill brand loyalty that would persist through adulthood through nostalgic associations to McDonald's. Schlosser also discusses the tactic's ills: the exploitation of children's naïveté and trusting nature.

In marketing to children, Schlosser suggests, corporations have infiltrated schools through sponsorship and quid pro quo. He sees that reductions in corporate taxation have come at the expense of school funding, thereby presenting many corporations with the opportunity for sponsorship with those same schools. According to his sources, 80% of sponsored textbooks contain material that is biased in favor of the sponsors, and 30% of high schools offer fast foods in their cafeterias. 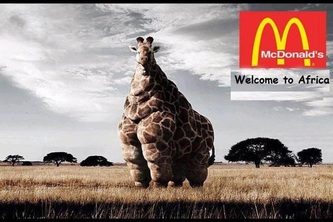 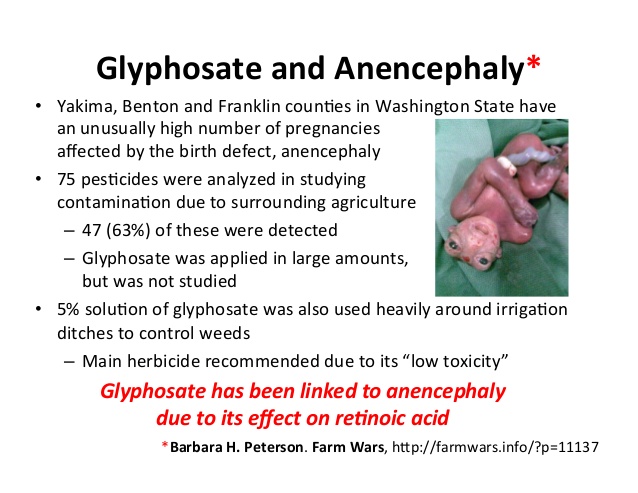