Vitamin B3 (Niacin) Use Only Niacin

or Inositol Hexaniacinate  / Do not use ﻿Niacinamide

Niacin, sometimes called vitamin B3, is the more common name for nicotinic acid.

It is an antioxidant nutrient that helps the body inhibit the formation of damaging free radicals;

it lowers blood levels of LDL (bad) cholesterol and triglycerides.

Pellagra is the name for niacin deficiency, describing the "raw skin" symptomology of the disease.  In an absolute sense, niacin is not a vitamin; as the body can synthesize it starting with the amino acid tryptophan.  In fact some cases of pellagra actually were tryptophan deficiencies, or reduced amounts of factors that help to convert tryptophan to niacin.Niacin is the most common of the "fortified" nutrients in Canada and the United States.

It is one of the most stable of the B-vitamins.  It is resistant to the effects of heat, light, air, acid and alkali.  A white crystalline substance that is soluble in both water and alcohol, niacin and niacinamide are both readily absorbed from the small intestine.  Small amounts may be stored in the liver, but most of the excess is excreted in the urine.  The only appreciable loss of niacin occurs when it leaches into cooking water.

Vitamin B3 comes in two basic forms – niacin (also called nicotinic acid) and niacinamide (also called nicotinamide).  Inositolhexaniacinate, a "flush-free" niacin, is also available and has many of the same benefits of niacin, and is becoming increasingly popular.  Dietary niacin and niacin formed within the body from the amino acid tryptophan are converted to niacinamide.

Niacinamide is the biologically active form of niacin.The best food sources of vitamin B3 are peanuts, brewer's yeast, fish and meat, and fortified breakfast cereals.  Some vitamin B3 is also found in whole grains.  Vitamin B3 is found in most vitamin supplements, but additional supplementation is needed to achieve many of the proven health benefits.


Another source of niacin is the biosynthesis of the amino acid tryptophan.  Niacin can be maufactured within the body, but, if there is a deficiency in B1, B2 and B6, it becomes impossible for niacin to be produced from tryptophan.  The rule of thumb here is: 1mg of niacin is equal to 60mg of dietary tryptophan.Function; Why it is RecommendedNiacin is used in the process of releasing energy from carbohydrates, forming fat from carbohydrates and to metabolize alcohol.Niacin and niacinamide (nicotinamide) are critical in the co-enzyme nicotinamide adenine dinucleotide (NAD).

NAD is involved in many biological redox reactions where it is used to transfer electrons.Niacin helps increase energy through improving food utilization and has been used beneficially for treating fatigue, irritability, and digestive disorders, such as diarrhea, constipation, and indigestion.  It may also stimulate extra hydrochloric acid production.  Niacin, mainly as nicotinic acid, helps in the regulation of blood sugar (as part of glucose tolerance factor) in people with hypoglycemia problems and gives all of us a greater ability to handle stress.  It is helpful in treating anxiety and possibly depression.

B3 has been used for various skin reactions and acne, as well as for problems of the teeth and gums.  Niacin has many other common uses.  It is sometimes helpful in the treatment of migraine-type headaches or arthritis, probably in both cases through stimulation of blood flow in the capillaries.  This vitamin has also been used to stimulate the sex drive and enhance sexual experience, to help detoxify the body, and to protect it from certain toxins and pollutants.  For most of these and the cardiovascular-related problems, the preference is to take the "flushing" form of niacin, or nicotinic acid, not niacinamide.

Nicotinic acid works rapidly, particularly in its beneficial effects on the cardiovascular system.  It stimulates circulation and for this reason may be helpful in treating leg cramps caused by circulatory deficiency; headaches, especially the migraine type; and Meniere's syndrome, associated with hearing loss and vertigo.  Nicotinic acid helps reduce blood pressure.

In addition, some neurologic problems, such as Bell's palsy and trigeminal neuralgia, have been helped by niacin supplementation.

Niacin has been an important addition to the arsenal of orthomolecular psychiatry for its use in a variety of mental disorders.  It was initially well demonstrated to be helpful for the neuroses and psychoses described as the "dementia of pellagra," the niacin deficiency disease.  Since then, it has been used in high amounts, well over 100mg per day and often over 1,000mg per day (up to 6,000mg), to treat a wide variety of psychological symptoms, including senility, alcoholism, drug problems, depression, and schizophrenia.

Niacin has been helpful in reversing the hallucinatory experience, delusional thinking or wide mood and energy shifts of some psychological disturbances.  Though this therapy has its skeptics, as does all application of nutritional medicine, some studies show promising results in treatment of schizophrenia with niacin and other supplements.  Other studies show little or no effect.  More research is definitely needed on niacin's effect in mental disorders.

Alcoholics are commonly deficient in niacin and often need to be given a supplement of this vitamin [1] – preferably along with other members of the B complex.

Niacin, but not niacinamide, has been shown to lower blood cholesterol by an unknown mechanism [2].  Unfortunatley, in the doses (1-3gm/day) required to effect cholesterol levels, niacin causes flushing of the skin and liverabnormalities.  The "megadoses" (usually grams per day) that need to be used for this purpose and any such supplementation should therefore only be done under full medical supervision.  A compound known as Inositol Hexaniacinate is available to eliminate these problems.

Treatment with about 2gm per day of nicotinic acid has produced significant reductions in both blood cholesterol and triglyceridelevels.  To lower the LDL component and raise the good HDL cholesterol, people usually take 50-100mg.  twice daily and then increase the amount slowly over two or three weeks to 1500-2500mg.  Generally, for those with high cholesterol levels it has been used to help reduce the risk for atherosclerosis.  Because of its vascular stimulation and effects of lowering cholesterol and blood pressure, vitamin B3 has been used preventively for such serious secondary problems of cardiovascular disease as myocardial infarctions (heart attacks) and strokes.

Mental Health: High levels of niacin have been advocated in certain schizophrenic conditions [1] , there are reported cases of quite remarkable recoveries using niacin.

Osteoarthritis and other painful joint conditions may also respond to niacin treatment (as niacinamide) [1].  In cases of osteoarthritis, to help reduce joint pain and improve mobility, niacinamide has been used in amounts beginning at 500mg twice daily up to 1,000mg three times a day along with 100mg daily of B complex.

InstructionsThe US RDA for niacin is 20mg, and is easily achieved.  Prescribed doses of the supplement go as high as 3gm per day and sometimes even higher.Using 1000mg or more per day requires supervision from a knowledgeable health care practitioner.

Side-Effects; Counter-Indicators and WarningsVery high doses of nicotinic acid (3-6gm per day) may cause changes in liver structure, with the timed release form of the vitamin seeming more likely to be implicated in this respect.  Time-released niacin preparations, while reducing annoying flushing, may significantly increase liver complications during niacin therapy.  They are also the most expensive form.

Safety data on niacinamide confirms that this form of niacin may be taken at higher supplement levels than nicotinic acid.Niacin, taken orally as nicotinic acid, can produce redness, warmth, and itching over areas of the skin; this "niacin flush" usually occurs when doses of 50mg or more are taken and is a result of the release of histamine by the cells, which causes vasodilation.  This reaction is harmless; it may even be helpful by enhancing blood flow to the "flushed" areas, and it lasts only 10-20 minutes.

When these larger doses of niacin are taken regularly, this reaction no longer occurs because stores of histamine are reduced.  Many people feel benefit from this "flush", but if it is not enjoyable, supplements that contain vitamin B3in the form of niacinamide or nicotinamide can be used, as they will not produce this reaction.

In addition to flushing, it may cause headache and stomach ache in some people.  Larger amounts can cause elevated blood sugar levels, jaundice, liver damage, and elevated blood levels of uric acid and may raise homocysteine levels.  Symptoms caused by niacin supplements, such as flushing, have been reduced with sustained-release niacin products but these forms of niacin have caused significant liver toxicity, and are not advised.  Niacinamide and inositol hexaniacinate have not been linked with the side-effects associated with niacin supplementation.

"Handbook of Dietary Supplements", Pamela Mason, Blackwell Science, 1995.[2]. Crouse JR III, "New developments in the use of niacin for treatment of hyperlipidaemia: new considerations in the use of an old drug."; Coron Artery Dis, 1996,7; 4: pp.321-6. 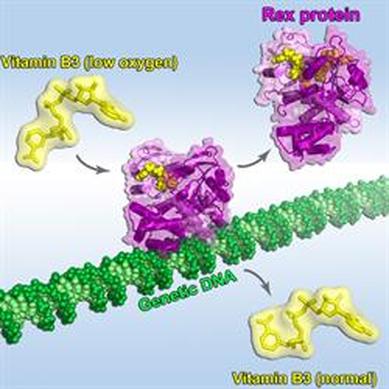 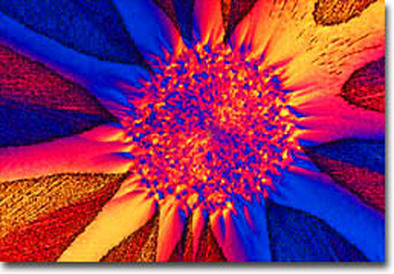 Niacin metabolizes the fat and toxins stored in fat....

(NaturalNews) There are several approaches for detoxifying yourself from heavy metals and other toxic materials. Enemas, chelating agents, fasting, and sauna are all open to one's preference. But there is a booster rocket to accelerate any detox method you choose. It's called niacin, or vitamin B3.

The Need to Detox Regularly

So how can niacin be a booster rocket for detoxing? Niacin ruptures the fat cells that store toxins, thus releasing those stored toxins to be eliminated. This is called lipolysis. The niacin proposed is not buffered niacinamide, which doesn't make your face and neck flush and tingle intensely. Use the niacin that makes you blush.

This protocol was developed primarily to help drug addicts detox drug toxins stored in fats. The idea was to get rid of all the drug residue that would haunt them with cravings after kicking their habit. It worked very well. So Dr. Yu thought it would be wise for non-addicts to use this method for "normal detoxification".

He gave a lecture on this during a Longevity Conference hosted by nutrition expert David Wolfe. Dr. Yu spoke of starting with a low amount of niacin, 50 mgs or so depending on your tolerance, and gradually building to a maximum of 500 mgs. Up to 5000 mgs has been used for those gravely ill from drug use and toxic events, such as Gulf War Syndrome.

Getting Rid of What's Released from the Fats

Most of us know that toxins released suddenly need to be eliminated. The liver, kidneys, and other organs can be seriously damaged. One can be overwhelmed by a vicious Herxheimer event or "healing crisis". The protocol for addicts mostly involved eliminating through the skin.

They were put into an exercise regimen and ushered into saunas to literally sweat it out. One only needs to begin perspiring from whatever exercise that is do-able. Then the sauna takes over for a half hour to 45 minutes.

In addition to sweating it out, the GI tract can assist as well. Dr. Yu recommended consuming activated charcoal. It works by adsorbing toxins, not absorbing. Adsorption is more like chelating, hitching to electrons of toxins and taking them out through the stool or urine. More details on activated charcoal for detoxification are available in this Natural News article: http://www.naturalnews.com/028461_activated_...

Any other detox protocol or agent can be added to the niacin booster rocket. Bentonite clay, zeolite, cilantro pesto and chlorellaare fine too. To protect a weakened liver, one may use gall bladder flushes and/or coffee enemas also. More on cleaning the liver with this Natural News article: http://www.naturalnews.com/031984_liver_clea...

The booster rocket is plain tingly fire in the face and upper body niacin. Niacinamide can be toxic for the liver. High doses of niacin have been used in orthomolecular medicine/psychiatry since the 1950s for a variety of health problems, even schizophrenia. So it's safe and inexpensive and can be taken as often and long as you want. 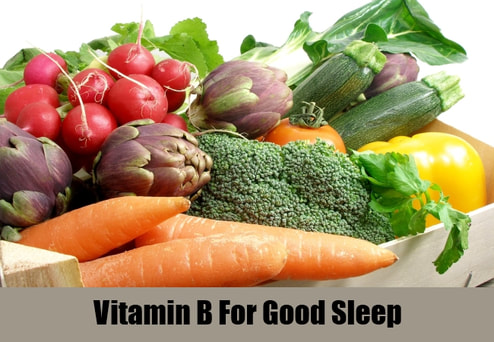