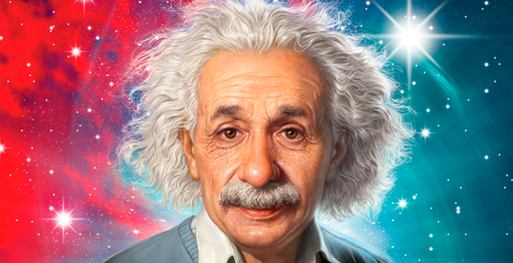 "Two things are infinite: the universe and human stupidity;
​
and I’m not sure about the universe!"

Interesting how this Video was twisted around

so that the teacher is made out by everyone to be a "liberal elitist" when in fact,

she is espousing conservative values

and everyone else is espousing liberal "values".

required to believe because of political or religious pressures.

Orwell’s protagonist, Winston Smith, uses the phrase to wonder if the State might declare

“two plus two equals five” as a fact; he ponders whether,

if everybody believes it, does that make it true?

Authorities can make you believe something which may be completely baseless. 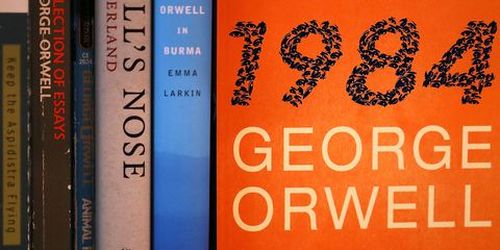 "Freedom is the freedom to say that two plus two makes four.

If that is granted, all else follows."

George Orwell, in his 1946 essay, "Politics and the English Language",
​argues for an inherent connection between political freedom and clear language.

"On Liberty`which argues that the most important form of liberty is free speech, because it is only in an open marketplace of ideas, where viewpoints are questioned and tested against one another that truth can emerge. Improvements in society, whether political, ethical, or commerical all depend on the ability of citizens to put forth new ideas and discuss them openly; where there is no free speech, there is only stagnation and tyranny.

Orwell adds to Mills concept of free speech the addition of clear speech. In an era with increasing power of mass media, Orwell sees that the putative freedom of speech possessed by citizens in mass culture was illusory of part of the debate was framed in speech so unclear that the fundamental mechanisms of liberty, those of open debate, were undermined by language so obfuscatory that those in control of the media could constantly reframe the grounds of debate to reinforce their own power, as do the rulers in 1984. 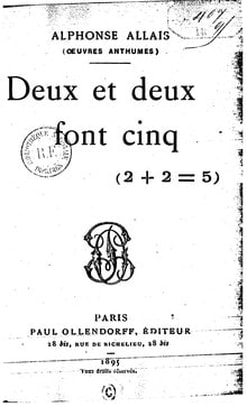 An 1895 collection of short stories by French writer Alphonse Allais 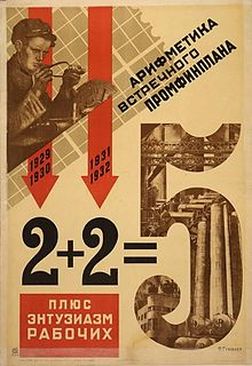 "Arithmetic of an alternative plan: 2 + 2 plus the enthusiasm of the workers = 5".
​
Soviet propaganda poster by Iakov Guminer, 1931

"Arithmetic of an alternative plan: 2+2 plus the enthusiasm of the workers=5". Soviet propaganda poster by Iakov Guminer, 1931The Soviet Union began its first five-year economic plan in 1928.

Its goals were ambitious from the start, seeking the immediate transformation of the USSR into an industrial nation.

The consequences for underperformance during the plan were severe; managers who admitted missing their targets, even as those targets were revised upward,
could be charged with the crime of 'wrecking'.[19]

Propagandist Iakov Guminer supported this campaign with a 1931 poster reading
​"Arithmetic of an alternative plan: 2+2 plus the enthusiasm of the workers=5".

​Stalin declared the plan a success at the beginning of 1933, noting the creation of several heavy industries.[21] George Orwell may have been influenced by this poster.[22] 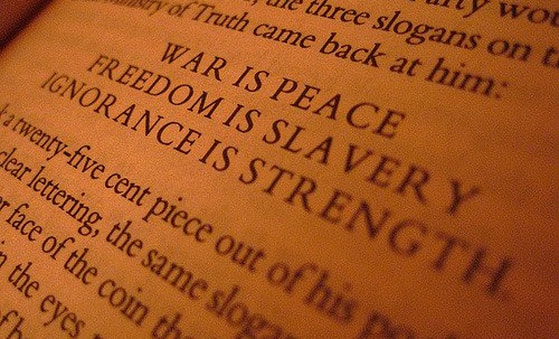 The Meaning of War Is Peace,