"Everybody has that moment

when they realize they don’t know about something that they should probably know about.

you’ve felt the stinging personal embarrassment of a moment

wherein you realize there’s some common knowledge that isn’t so common.

Don’t feel bad; nobody knows everything.

Nobody, that is, except me and my sidekick, The Internet!
​
Somewhere in the world, a confused soul must know more about…"

​This page was made

​In Memory of John Melcher

A Brief History of π

Pi has been known for almost 4000 years—but even if we calculated the number of seconds in those 4000 years and calculated pi to that number of places, we would still only be approximating its actual value. Here’s a brief history of finding pi.

The ancient Babylonians calculated the area of a circle by taking 3 times the square of its radius, which gave a value of pi = 3. One Babylonian tablet (ca. 1900–1680 BC) indicates a value of 3.125 for pi, which is a closer approximation.

The Rhind Papyrus (ca.1650 BC) gives us insight into the mathematics of ancient Egypt. The Egyptians calculated the area of a circle by a formula that gave the approximate value of 3.1605 for pi.

The first calculation of pi was done by Archimedes of Syracuse (287–212 BC), one of the greatest mathematicians of the ancient world. Archimedes approximated the area of a circle by using the Pythagorean Theorem to find the areas of two regular polygons: the polygon inscribed within the circle and the polygon within which the circle was circumscribed.

Since the actual area of the circle lies between the areas of the inscribed and circumscribed polygons, the areas of the polygons gave upper and lower bounds for the area of the circle. Archimedes knew that he had not found the value of pi but only an approximation within those limits. In this way, Archimedes showed that pi is between 3 1/7 and 3 10/71.

A similar approach was used by Zu Chongzhi (429–501), a brilliant Chinese mathematician and astronomer. Zu Chongzhi would not have been familiar with Archimedes’ method—but because his book has been lost, little is known of his work. He calculated the value of the ratio of the circumference of a circle to its diameter to be 355/113.

​To compute this accuracy for pi, he must have started with an inscribed regular 24,576-gon and performed lengthy calculations involving hundreds of square roots carried out to 9 decimal places.

Mathematicians began using the Greek letter π in the 1700s. Introduced by William Jones in 1706, use of the symbol was popularized by Leonhard Euler, who adopted it in 1737.

An eighteenth-century French mathematician named Georges Buffon devised a way to calculate pi based on probability. You can try it yourself at the Exploratorium's Pi Toss exhibit. 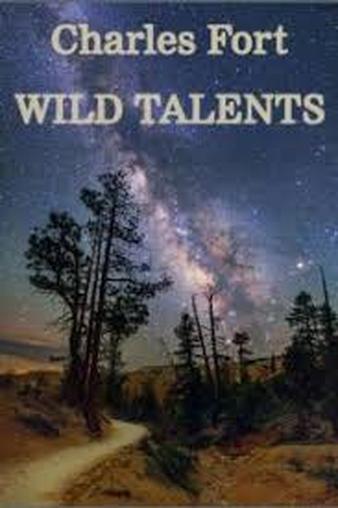 ​ The Origins of Pi

You probably remember pi from 7th grade math class as a magical number discovered hundreds of years ago used for calculations involving circles... But why the symbol? Who discovered pi? How many digits are there?

Everybody has that moment when they realize they don’t know about something that they should probably know about. Whether it’s history, language, science, or cultural phenomena, you’ve felt the stinging personal embarrassment of a moment wherein you realize there’s some common knowledge that isn’t so common. Don’t feel bad; nobody knows everything. Nobody, that is, except me and my sidekick, The Internet!

Somewhere in the world, a confused soul must know more about…

The Origins of PiMost everyone knows π as ‘3.14’ – a number that only serves a purpose when you’re doing some sort of math calculation involving a circle (and just in case you’ve forgotten the most elementary application of the figure: pi is the ratio of a circle’s circumference to its diameter).

However, beyond its decimal notation and funny little symbol, the average person (myself very much included) doesn’t know much about the number’s name, details, or history. When was it first recognized as a go-to magic figure? Who determined that we should dub it “pi”? To how many decimal places has it been graphed? That little squiggly table-looking mark has some explaining to do.

The earliest legitimate reference to what we now know as pi belongs to Greek mathematician/all-around genius Archimedes (nobody can really agree on an exact date for this specific discovery, only that it happened somewhere in the guy’s 75 years of life between 287 and 212 BC), who finally decided on a concrete number after working with polygons in conjunction with circles to make an estimate (give him a break, there wasn’t much to do, back then). Ol’ Death Ray landed on pi being somewhere between the numbers [223/71] and [22/7], which was – you guessed it – about 3.1418. Pi graphing breakthroughs in India and China followed in the next 500 years… it was all very nerdy.

The symbol “π” and the term “pi” come from the Greek alphabet, where “π” is merely the old school version of “p”; these titles were slapped onto the 3.14 mathematical constant in the early 18th century by mathematician William Jones, who merely used “pi” as an abbreviated form of “perimeter” (because of the number’s connection to circles and circumference and all).
Oh, and as for the most graphed digits of pi? The current record stands at 2,576,980,370,000 decimals. Yeah. Seriously. 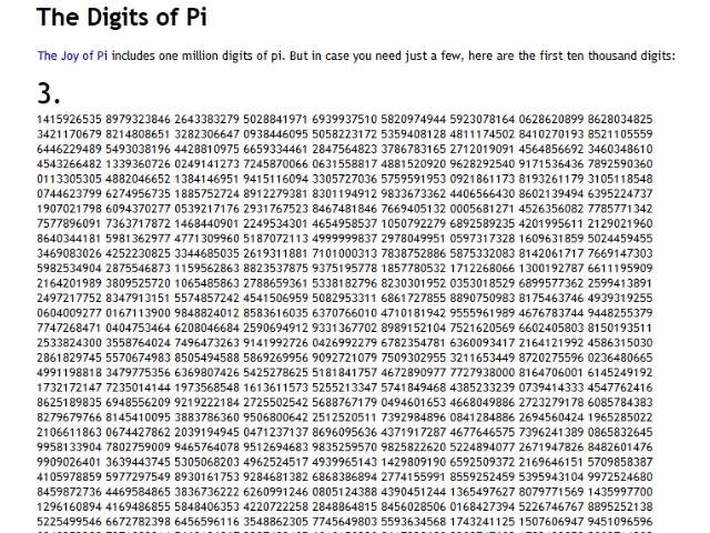