​toxic chemical to kill aphids that cause discoloration

(NaturalNews) If you've ever wondered how McDonald's manages to make its french fries look so "appealingly" consistent in color, the answer is likely to make you never want to eat them again.

It turns out that the reason the fast food giant is able to serve fries that look almost unnaturally perfect has to do with the fact that they use a very unnatural and toxic chemical to achieve the desired result.

Best-selling food author and activist Michael Pollan has revealed the secret behind Mickey D french fries' uniform unblemished appearance, and it's not appealing at all.

In the YouTube video above, Pollan describes the process:

As Pollan explains, McDonald's uses only one type of potato to make their fries – a variety called Russet Burbank.

Russet Burbanks are longer than the average potato, which enables McDonald's to sell, as Pollan notes, "red boxes with a little bouquet of very long [fries]."

The fast food corporation's choice of potatoes is understandable from a marketing point of view, but there's a lot more to the story. ...

Although Russet Burbank potatoes enable McDonald's to produce attractive-looking long fries, the variety has an inherent "defect." Russet Burbanks are very susceptible to a condition known as "net necrosis," which causes a brown discoloration inside the potato.

Net necrosis is caused by aphids, and since McDonald's will not buy potatoes with net necrosis, farmers use a toxic pesticide called Monitor to eliminate them from potato fields.

According to Pollan, Monitor is so toxic that, "farmers won't venture outside into their fields for five days after they spray."

After harvesting, the potatoes are stored in huge, stadium-sized sheds, where they can "off-gas" for six weeks before they are "edible."

How toxic is Monitor pesticide?

Monitor is one of several pesticide products on the market that contain the active ingredient called methamidophos.

So, just how toxic is methamidophos?

"Methamidophos is a highly toxic, highly regulated systemic and residual organophosphate insecticide ... Its health effects are consistent with all organophosphates, and result in the inhibition of the enzyme cholinesterase which disrupts normal transmission of nerve impulses. Because of its toxicity, it is highly regulated throughout the world. ...

"Methamidophos is highly toxic via all routes of exposure. It has been found to have negative effects on reproductive effects including one study [which] found decreased sperm levels in men ... ."

Sort of makes those nice little "bouquets" of golden fries in the red boxes sound a bit less appealing, doesn't it? Unless, of course, you're looking for a cheap method of birth control and don't mind the accompanying nervous system damage.

All joking aside, no one should be eating McDonald's fries (or any other of the uniformly unhealthy products Mickey D sells, for that matter).

Pollan goes on to describe McDonald's use of unhealthy amounts of sugar, salt and fat in its products to make them more addictive. He points out that the fast food industry uses made-up terms such as "cravability" and "snackability" as euphemisms for their addictive qualities.

As an illustration of how unhealthy these fast food products are, Pollan notes that, "even poor women who cook have healthier diets than wealthy women who don't."

In other words, virtually anything cooked at home is healthier than the garbage-disguised-as-food that McDonald's and other fast food purveyors serve to the public.

If you want to lead a healthy lifestyle and not fall victim to obesity, diabetes and outright poisoning from toxic chemicals, you must first kick the fast food addiction that so many Americans suffer from.

Once you get in the habit of eating fresh, organic foods, and begin noticing the difference (not only in your physical health but also in the superior flavor of such foods), you'll wonder why you ever ate fast food to begin with. 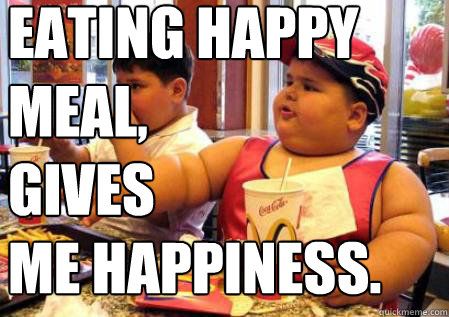 Make your own fragrant, natural bath and skin products

Yoga 101: How To Get Started With This Accessible, Balanced Form Of Exercise

Would medical marijuana have been a better pain relief option for singer Prince?

Search for more articles like this one the search engine for news and information.

Find the up-to-date news you’re looking for at Fetch.News

Visit TV.NaturalNews.com for uncensored videos for a healthier and happier life