Greenhouse in the Snow 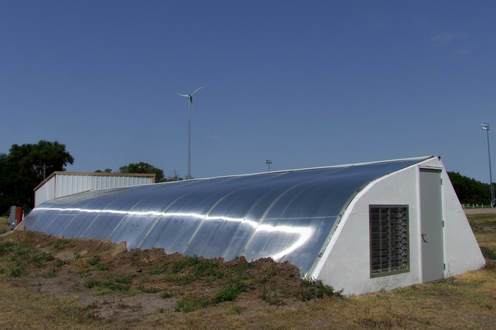 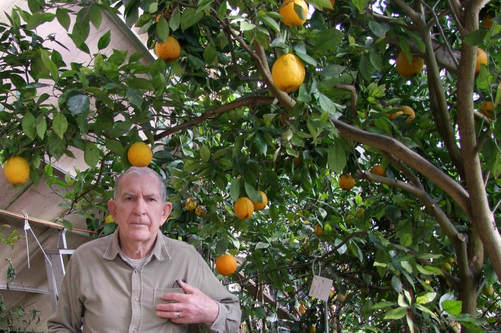 to Grow Oranges in Snow

Winter temperatures in Alliance, Nebraska can drop to -20°F (the record low is -40°F/C),
but retired mailman Russ Finch grows oranges in his backyard greenhouse without paying for heat.

Instead, he draws on the earth's stable temperature (around 52 degrees in his region) to grow warm weather produce- citrus, figs, pomegranates - in the snow.

Finch first discovered geothermal heating in 1979 when he and his wife built it into their 4400-square-foot dream home to cut energy costs.

Eighteen years later they decided to add a 16'x80' greenhouse in the backyard.

The greenhouse resembles a pit greenhouse (walipini) in that the floor is dug down 4 feet below the surface and the roof is slanted to catch the southern sun.

To avoid using heaters for the cold Nebraska winter nights, Finch relies on the warm underground air fed into the greenhouse via plastic tubing under the yard and one fan.

Finch sells a "Citrus in the Snow" report detailing his work with his "geo-air" greenhouses
and says anyone can build a market-producing greenhouse for about $25,000 or "less
than the cost of a heat system on a traditional greenhouse".

Nebraska Stories | Greenhouse in the Snow

Can the Midwest Grow Citrus?

Greenhouse in the snow Alliance Nebraska 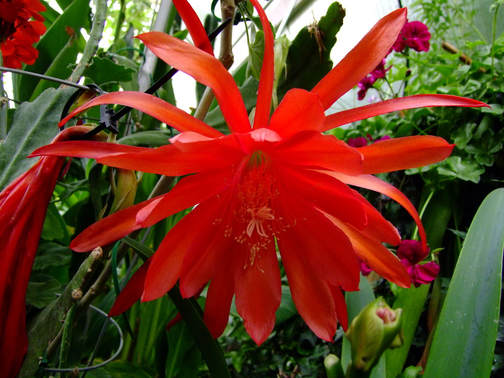 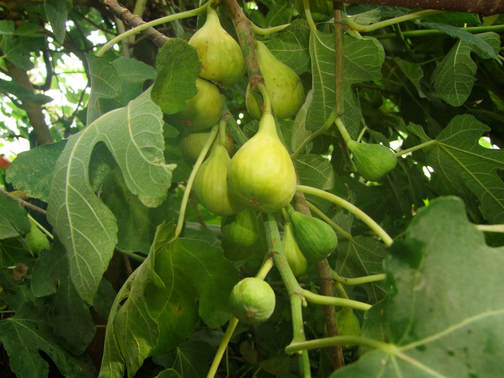 Is a structure and growing system developed over the last 35 years.

It is a one of a kind concept that proves we can grow tropical and subtropical plants in the extremely harsh climate of high plains of the United States. Not only can we grow them but for extremely low cost for energy we can create a greenhouse climate that is better in many ways than the citrus growing areas.  We have constructed these units at high schools in the Panhandle of Nebraska.

Our first unit is 78' x 16' x 12' high it houses 23 citrus trees some over 20 years old.  Some of our citrus are in the ground and 12' high.  The older trees average 125# of high quality large fruit each.  each of these trees require an area of an 8' circle. We also grow hundreds of other plants of all types, figs, cymbidium orchids, roses, cacti, grapes, epiphyllum, black berries, bougainvillea, camellia, etc.

We have created a climate that is frost free that many plants thrive in by tapping the unlimited earth temperature of 52° at the 8' depth. Our only energy used for heat is a 10" wheel blower that circulates air through 7  6" tubes that have a total length of 1050'. This is a closed very air tight unit and the same air is circulated continually.

During the winter we use very little water as there is no humidity lost through evaporation.  The following pages show photos of the original unit that is over 20 years old and the newest unit built at the Alliance, Nebraska high school.  Both units are identical in size but we have incorporated the knowledge gained in over 35 years of working with "low grade Geo-thermal".

​The challenge for 12 month a year greenhouses in the high plains area is a climate that is extremely volatile, one day in February it may be 60° and sunny, overnight it may be 4° below zero then up to a high of 24° the following day but the earth temperature has remained at a constant 52°.

This is a challenge for growers of constant temperature greenhouses. We let the temperature fluctuate between 95° and 33°.  During the winter months our average day time temperatures are around 10° above San Diego's and night time 10° below San Diego.

After seeing the performance of the new unit I am convinced units like this can be used by small to medium grocery stores to produce fresh vegetables and fruit for there store.  Not only could they have fresh produce but it would cut our 2 middle men.

In 2010 a heavy wet spring snow collapsed a section of the original greenhouse.  We tried to find a commercial metal structure to replace the damage but found there were none that were suitable and could withstand our weather.  We decided to design and market just the frame and poly carbonate  glazing system.  At first we thought about selling a complete kit but that didn't make sense as all of the additional material could be purchased locally.

We now sell the frame and glazing in 6' modules.  In the near future we will have plans,instructions, photos and CDs of the construction, fabrication and use of the units including our experiences with many types of plants and recommendations for growing and marketing.  This information will be much more detailed and current than the "citrus in the snow' report that is online now.

Citrus in the snow site is an information report more or less for people interested in what we do.The new information will be very detailed and oriented towards serious greenhouse construction and the growing system It will include text instructions but also will include many photos of the actual construction of the newest unit at Alliance Nebraska high school, from start to finish.

The package sells for $49 while the citrusinthesnow is $24.99. I will also design units using the ideas we have used and some that will help make our design even more efficient.  We are very proud of this greenhouse and it's performance as it incorporates the fixes from 35 years of trial and error. The new information will only be sold in hard copy, not downloads due to pirating experiences we have had in the past.

The construction and fabrication plan package is done.   We have Paypal as of the 1st of May 2013. Use the link in the right column for Paypal and credit cards or send personal checks to GIS Publications, 2423 Rainbow Acres #2, Alliance NE. 69301

The plan, fabrication and information package is $49

We would like as much feed back as possible from the early buyers to make sure we have included every detail needed to construct and use the units.

We have produced this structure and growing system without help from the "EXPERTS".  We ask for help from the horticulture dept. University of Nebraska but were told repeatedly that "it isn't feasible" even several years after we were using the greenhouse. (they didn't know we already had built the unit and had plants several years old that were thriving.)

I attempted to get help for about 8 years until my wife ask why I was asking for help from people that didn't think the system would work.  All of the other departments of UN have been very helpful  also the USDA, UNWNRD and Senator Mike Johanns office have been helpful.

Link for the report  www.citrusinthesnow.com 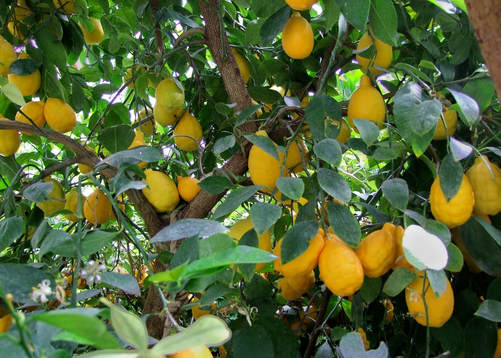 Benefits of Geothermal Heating and Coolingcmdealernet

A fully OFF GRID Farm Relies on Geothermal and HydropowerDirtpatcheaven

My Home was Searched for Growing Vegetables in my Bathroom

Growing Citrus in the ground in Northern ClimatesGary Heilig 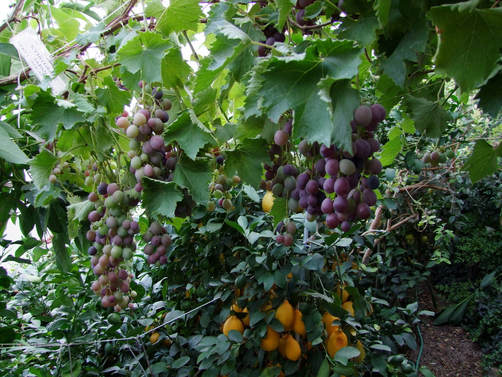 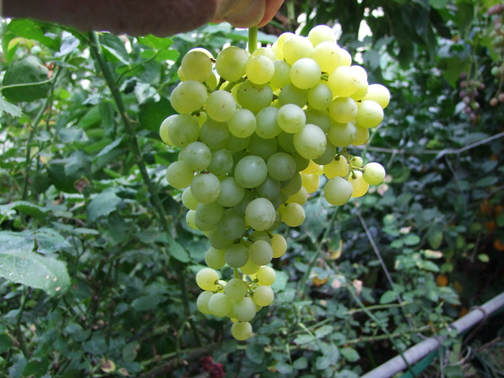