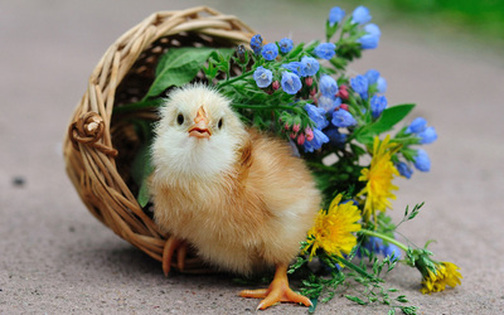 One of the Dirtiest Foods, and You Probably Eat It Several Times a Week

Factory Farmed Chicken May Be Cheap,

But the Ultimate Price You Pay is High

This mindset has significant ramifications for both animal and human health, and the environment.

Today, nearly 65 billion animals worldwide, including cows, chickens, and pigs, are crammed into confined animal feeding operations known as CAFOs. These animals are imprisoned and tortured in crowded, unhealthy, unsanitary, and cruel conditions.

As noted by the Cornucopia Institute,1 the price of chicken has dropped dramatically over the past few decades, becoming the cheapest meat available in the US. As a result, consumption has doubled since 1970.

Seeing how chicken is supposed to be a healthy source of high-quality nutrition, the fact that it has become so affordable might seem to be a great benefit. But there's a major flaw in this equation. As it turns out, it's virtually impossible to mass-produce clean, safe, optimally nutritious foods at rock bottom prices.

CAFOs are Hotbeds for Disease

A typical poultry CAFO measuring 490 feet by 45 feet can hold at least 30,000 chickens or more. Animal Welfare Guidelines permit a stocking density that gives each full-grown chicken an amount of space equivalent to an 8.5-inch by 11-inch piece of paper.

An example of a poultry CAFO can be seen in the video above. It's a short clip from the film Food Inc. Sickness is the norm for animals raised in these CAFOs—the large-scale factory farms on which 99 percent of American chickens come from.

These animals are also typically fed genetically engineered (GE) corn and soybeans, which is a far cry from their natural diet of seeds, green plants, insects, and worms.

This unnatural diet further exacerbates disease promulgation. Processing byproducts such as chicken feathers and other animal parts can also be added to the feed.

To prevent the inevitable spread of disease from stress, overcrowding, lack of vitamin D (as CAFO chickens may never see the light of day), and an unnatural diet, the animals are routinely fed antibiotics (hormones, on the other hand, are not permitted in American-raised chickens).

Those antibiotics pose a direct threat to human health, and contaminate the environment when they run off into lakes, rivers, aquifers, and drinking water. According to a landmark "Antibiotic Resistance Threat Report" published by the CDC,2 two million Americans become infected with antibiotic-resistant bacteria each year, and at least 23,000 of them die as a direct result of those infections.

Research suggests you have a 50/50 chance of buying meat tainted with drug-resistant bacteria when you buy it from your local grocery store. In some cases, the risk may be even greater.


Despite the well-documented health and environmental hazards, most consumers are still unaware that well over 90 percent of all chicken meat and eggs sold in the US come from CAFOs.

Most people are also unaware that these cheap CAFO foods are very different, from a nutritional standpoint, from animals raised on pasture, and that while they may be inexpensive at the checkout line, there are significant hidden costs associated with this kind of food production.

The Hidden Cost of Cheap Chicken

As discussed in the featured article,3 the hidden costs of cheap factory farmed chicken can be divided into three categories:

CAFOs represent a corporate-controlled system characterized by large-scale, centralized, low profit-margin production, processing, and distribution systems. It's important to realize that the factory farm system is NOT a system that ensures food safety and protects human health. On the contrary, it makes the food system far more vulnerable to pathogenic contaminations that have the capacity to kill—both the livestock, and the people who eat them.

For example, over the past year, nearly 10 percent of the entire swine population in the US has been wiped out by a highly lethal virus called Porcine Epidemic Diarrhea virus (PEDv), which has been—at least in part—traced back to pig's blood used in piglet feed. In this case, the virus does not affect humans. But it's a valuable demonstration of how fragile the system becomes when you veer too far from the natural order of things.

Besides everything mentioned already, the factory feeding model also involves the mixing of animal parts (in this case, blood) from a large number of animals, which is then fed to large numbers of animals—the meat from which in turn are again mixed together in large processing plants, before it's ultimately sold in grocery stores across the nation. All this mixing and cross-contamination allows for pathogens to contaminate huge amounts of food products, and is the reason why a single food contamination can spread so far and wide, affecting people across multiple states.

Processing plant (i.e. plants where meat is cut or milk is pasteurized, for example) are primary culprits when it comes to the spread of pathogens. Due to regulations, traditional farmer-to-consumer practices have been outlawed. Now processors run the show and cut out the farmer's share, which has decimated small farmers and created this industrialized, disease-promoting mess.

The weaknesses of the factory farm model are usually overlooked during food safety discussions. Instead, small-scale raw food producers—and raw dairy producers in particular—are targeted and vilified as sources of dangerous pathogens that threaten human health. Such attacks are completely out of order and do nothing to improve food safety on the whole, as the PRIMARY sources of pathogenic contamination actually originate in CAFOs, large-scale butchering and processing plants, and processed food manufacturing plants, where multiple ingredients are mixed together.

For example, late last year, Chobani Greek yoghurt was recalled following reports of gastrointestinal illness.9 The yogurt, which is pasteurized and not raw, was found to be contaminated with a fungus called Murcor circinelloides. In 2011, Cargill recalled a whopping 36 million pounds of ground turkey10 after an antibiotic-resistant strain of Salmonella in the meat was linked to 107 illnesses and one death.

Remarkably, as explained in a previous Food Safety News article,11 a large-scale meat producer can have 50 percent of its samples test positive for Salmonella, and still get the green light of approval from the USDA! When it hits 51 percent contamination, the meat is tagged "unsafe." But even at that point, USDA testing simply continues until illness is reported. This is factory farmed food safety for you...

Meanwhile, a small organic farmer will notice a health problem with an animal in his herd long before it gets sent for slaughter, and he can then treat that individual animal as necessary. And, should a pathogenic outbreak occur on a farm, the risk of public exposure is limited by the fact that the animal products are sold locally; they're not shipped long distances and mixed in with others. This is why a food borne outbreak on an organic farm may affect one or two people, whereas an outbreak originating from a processing plant can affect hundreds, or even thousands. One pasteurized milk contamination sickened 200,000 people!12

Organic, Pastured Chicken Is Your Best and Safest Alternative

If food safety, optimal nutrition and disease prevention really matters, the way forward is to shift into a socially responsible, small-scale system where independent producers and processors focus on providing food for their local and regional markets. This alternative produces high-quality food, and supports farmers who produce healthy, meat, eggs, and dairy products using humane methods. And it's far easier on the environment.

True free-range chickens and eggs come from hens that roam freely outdoors on a pasture, where they can forage for their natural diet, which includes seeds, green plants, insects, and worms. Keep in mind that when it comes to labels such as "free-range" and "natural," there are loopholes that allow the commercial egg industry to call eggs from their industrial egg laying facilities "free-range," so don't be fooled.

By far, the vast majority of food at your local supermarket comes from these polluting, inhumane farm conglomerations. If you want to stop supporting them, you first need to find a new place to shop. Your best source for pastured chicken (and fresh eggs) is a local farmer that allows his hens to forage freely outdoors. If you live in an urban area, visiting a local farmer's market is typically the quickest route to finding high-quality chicken and eggs. Again, free-range pastured chickens should be allowed outside, and to eat insects. To see how this looks in the real world, please watch my video below with farmer Joel Salatin.

Take Control of Your Health by Joining the Real Food Movement

If you really want to be sure your food is healthy and safe, it would be best to avoid grocery stores as much as possible, as conventionally-raised livestock, including chickens, are far from ideal. The more we all make it a point to only buy food from a source we know and trust, the faster factory farming will become a shameful practice of the past. Farmers and lovers of real food show us that change is possible. Here are a few suggestions for how you can take affirmative action to protect your and your family's health:

IF YOU EAT MEAT GO ORGANIC!