Zane Kime went to San Pasqual Academy / CA for his junior year from 53 thru 54.

He died mountain climbing under mysterious circumstances in 1996.

He became a famous health oriented physician, "sunlight proponent" and 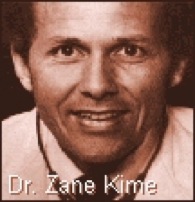 Sunlight: Our Friend or Enemy? ​ 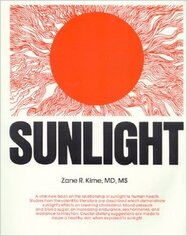 The Real Story Behind Sunlight

Sunlight Does NOT Cause Cancer

Contrary to popular belief, sunlight does not cause cancer. In fact, cancer rates are much lower where there is the most sunlight, such as near the equator. In his excellent book,

What About Sun and Skin Cancer?

Although skin cancer is the result of many factors, Dr. Kime reveals that it is not sunlight alone that leads to skin cancer.

He shows that the reaction of sunlight with toxic dietary chemicals in the skin (especially from the consumption of “bad fats” such as margarine) can lead to skin cancer.

He also shows how consuming a diet rich in key nutrients such as antioxidants can protect against toxic sunlight reactions as well as allowing us to absorb the full spectrum of healing wavelengths naturally present in sunlight.

In the middle of today’s cancer epidemic, it’s difficult to remember that cancer was once a rare disease affecting less than 1% of the population. Today’s statistics predict one out of every three will develop cancer. Some of the healthiest, most long-lived cultures in the world, such as the Hunzas and Vilcambabas, live at high elevations where sunlight is much more intense than at sea level.

​These people typically spend many long hours outside every day, especially in farming. Yet they have traditionally lived to very old ages without getting any form of cancer. Their cultures also have diets rich in whole foods, grown without chemicals or polluted water. Unnatural “bad fats” such as margarine are unknown to them.

Studies show that the incidence of cancer is 6 to 10 times lower nearer the equator, where sun- light is the strongest and where “civilized diets” with its “bad fats” and chemicalized food
are rare. People who eat “close to the earth” and who have consistent, daily exposure to the sun are much less likely to develop skin cancer, such as melanoma, than city folks who are inside all day, getting very little sunlight exposure and eating poor diets.

For those who have a steady diet of restaurant food (which guarantees constant food chemical exposure), the result is a poor nutritional status. For these folks, sunlight can trigger free radical formation and skin damage that may often lead to skin cancer. Free radicals can cause skin to age prematurely, wrinkle, and sunburn, which can damage DNA and cause skin lesions.

In contrast, research shows that diets rich in key nutrients such as good oils and antioxidants, can help protect the skin against aging and sunlight damage. Antioxidants such as carotenes, can reduce the risk of cancer, including skin cancer, and help prevent DNA damage that can lead to degenerative disease.

Carotenes, a class of compounds found in many plants, can help reduce the free radical activity that causes damage and premature aging of cells. Carotenes are being called nature’s “sun umbrella.” Since they are used up during exposure to sunlight, one’s dietary supply must be adequate to provide continuous protection. Unfortunately, very few Americans get adequate amounts of antioxidants such as carotene because of lack of fresh fruits and vegetables.

Blaming the Sun For Poor Diets

Dr. Kime finds we are blaming the sun for problems that are really caused by poor diets which lead to toxic sunlight reactions such as skin cancer. For example, one study showed a 700% increase in skin cancer in people who ate margarine – these bad fats created a toxic reaction in their skin in the sun. Trans fatty acids such as margarine have been proven to be so harmful that they have even been banned in several European countries.

A few decades of sunscreen use has not stopped the increasing rate skin cancer. In fact, since chemicals in sunscreens may become carcinogenic (cancer-producing) when exposed to sunlight, use of toxic sunscreens may be part of the problem. Researchers at the University of Pennsylvania found that so-called broad-spectrum sunscreens do not protect against the full spectrum of the sun’s rays, including ultraviolet.

Ultraviolet radiation consists of over 100 different frequencies. Sunscreens do not protect against all of these frequencies, especially when you’ve been eating bad fats. Worse yet, researchers are confused as to which of the sun’s rays are beneficial and which are not.

Using a sunscreen can create a false sense of security when you’re in the sun and may actually increase your risk of skin cancer. Researchers at the M.D. Anderson Cancer Center in Houston point out: “There is no substan- tial evidence that sunscreens protect against any of the three forms of skin cancer.”

Dr. Robin Marks, a dermatologist and a professor at the University of Melbourne, finds: “Relying on synthetic chemicals to prevent cancer is laughable.” Dr. Arthur Rhodes, a University of Pitts- burgh dermatologist, concludes that sunscreens “appear weakly effective or ineffective” at preventing cancer.

Judging from the original blueprints for a human, we were clearly designed to receive sunlight regularly for good health. In fact, worldwide research shows that sunlight is absolutely essential for good health.

Dr. Kime points out that sunlight is not harmful to healthy people who have adequate amounts of nutrients such as antioxidants and essential fatty acids. It appears that nature
intended we get most of our vitamin D from the sun since vitamin D is almost totally absent in vegetable foods.

Osteoporosis and Lack of Sunlight

When sunlight strikes the skin, it sets off a multi-staged process whereby cholesterol is ultimately changed into vitamin D. Vitamin D is essential for the utilization of cal- cium and for collagen formation to build healthy bones. Lack of sunlight is partially responsible for our epidemic of osteoporosis, especially in older people.

Osteoporosis is severe bone loss that can lead to terrible joint and bone pain, fractures and humping over. One study found that 36% of elderly men and 47% of elderly women were critially deficient in vitamin D. Even moderate sun ex- posure (including indirect sunlight) can help to alleviate this problem. However, sunlight through window glass will not activate vitamin D synthesis.

All of life developed and flourished under the sun. With- out sunlight, life could not exist. For best eye health, the retina needs the whole spectrum of solar radiation. Sunlight absorbed by the retina of the eye is a very im- portant skin and whole body nutrient. Research shows that sunlight frequencies entering the eye are dispersed to every organ, gland and body system. Wearing glasses or contacts, especially tinted lenses, can screen out important frequencies that are critical to good health. However, if you currently have a poor nutrient status, you may need to temporarily avoid direct sunlight exposure until you improve your nutrient status.

If you are a typical “cave dweller,” inside all day with very little sunlight exposure, eating mostly a restaurant diet, the first key is good nutrition. Switch to a healthy diet rich in fruits and vegetables and begin using the Sunlight Protection and Good Health Kit called the Super Food Trio.

After you’ve been using the Super Food Trio for a few weeks and are building up your nutrient status, you may want to slowly start building up your “sun time”. First, begin by sitting outside in shade, such as on a porch, for 5 or 10 minutes, without direct exposure to the sun. You will still get the beneficial radiation of the sun but without direct sun exposure. (Sitting behind glass or metal screens will not work.) Gradually build up to an hour outside daily. Some experts claim at least one hour of unfiltered sunlight per day is essential to health, although indirect sun is fine. 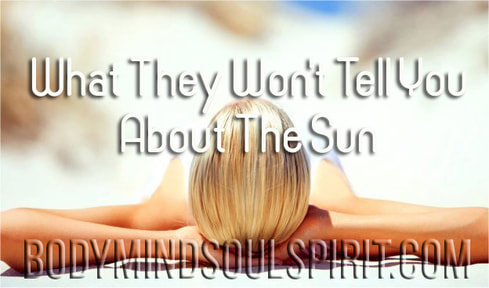 PAUL FASSA IS DEDICATED TO WARNING OTHERS ABOUT THE CURRENT CORRUPTION

WITH NO RESTRICTIONS ON HEALTH FREEDOM.

What They Won’t Tell You:

​The Sun Is A Full-spectrum Medicine

“Those that have attempted to convince the world that the Sun, the Earth’s primary source of energy and life causes cancer, have done so with malicious intent to deceive the masses into retreating from the one thing that can prevent disease.” — Dave Mihalovic, Naturopathic Doctor. [1]

Truth is, we’ve been systematically lied to about the sun and skin cancer for years. This video presentation explains fully. How many know that there is no definitive proof that the sun alone causes skin cancer? [2]

Can the sun cure cancer?

In the book The Healing Sun, author Dr. Richard Hobday documents a wide array of studies which show that the sun protects against cancer of the breast, colon, ovaries and prostate. It can also prevent diabetes, multiple sclerosis, heart disease and high blood pressure, osteoporosis, psoriasis and seasonal affective disorder (SAD). [3]

Then there’s the case of Dr. Harland G. Call, who was diagnosed with skin cancerand was advised by a surgeon to have it removed. Instead, he decided to sunbath the cancerous area.

After a short period of continuous sunbathing, the skin cancer was completely gone. He returned to his MD for a confirmation, and his doctor confirmed that the skin cancer had disappeared and no surgery was required. [3]

According to Dr. Bernarr Zovluck, “Cancer is helped by sunbathing, writes Dr. Zane R. Kime. Kime writes that those who get more sunlight have less cancer. Sunbathing heals cancer by building up the immune system and increasing the oxygen in the tissues.” [4]

Still, we’re bombarded almost daily with dire “warnings” from reputable “authorities” admonishing us, for our own good of course, to avoid the sun at all costs.

“Wearing sunscreen and then deliberately going out in the sun is almost as [bad] as going out with no sunscreen at all.”

She continued, “You don’t get burned, but the UV rays are still getting into your skin. Sunscreen is important, but you should also wear the right clothing and shield yourself as much as possible from direct sun exposure.” [5]

Is Dr. Ashinoff advocating a vampire lifestyle? The reality is that the vast majority of people, including doctors, have been duped into believing the myth that the sun is toxic, carcinogenic and a deadly health hazard.

That’s why most people slavishly and lavishly slather toxic sunscreens on their skin whenever they anticipate direct contact with the sun’s rays. But in fact, most conventional sunscreens are cancer-causing biohazards. [6] [7]

Meanwhile, the multi-billion-dollar cancer industry and the billion-dollar toxic sunscreen industry are making hay with this hoax. True believers are left scratching their heads in bewilderment as statistics reveal that the dreaded malignant melanoma skin cancer is on the rise. [8]

The sun doctorDr. Auguste Rollier opened the first European “Sun Clinic” in 1903 at Leysin, Switzerland. He also wrote a very influential book: Heliotherapy. He was considered the most famous heliotherapist in the world.

At his peak, he operated 36 clinics. Dr. Rollier espoused that the sun was an unsurpassed broad-spectrum medicine. He healed his patients using a wholesome diet combined with the power of the sun.

By 1933, there were over 165 different diseases successfully treated with heliotherapy including tuberculosis, wounds, rickets and much more. Dr. Rollier’s death in 1954 marked the end of sun therapy not because it was ineffective, but because it had been replaced by Big Pharma’s “miracle drugs.” [9] 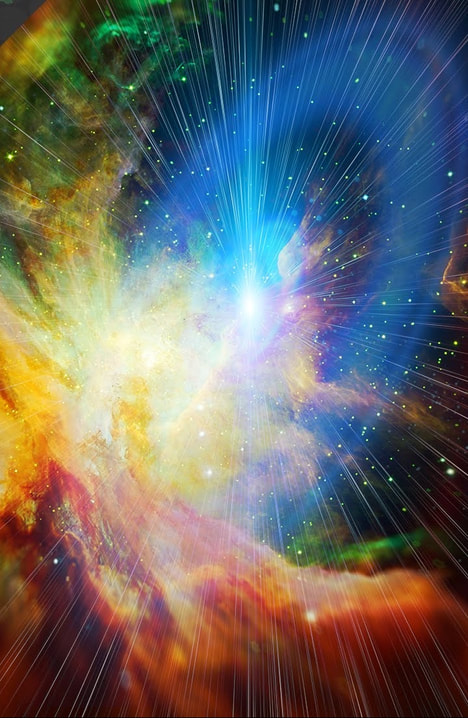