The Devil in Our Milk

Dairy products are one of the most common foods consumed around the world. Some cultures survive on diets consisting of up to 80% raw cow, goat, &/or sheep milk. In the western world, however, dairy has become one of the most inflammatory foods. A recent discovery shows that a genetic shift in the casein molecule has produced a powerful toxin linked to numerous disorders and diseases.

Milk contains two primary protein molecules: whey and casein. Casein makes up about 80% of the protein in the milk. Casein is made up of 209 amino acids strung together in sequence. The 2 primary forms of casein are: A1 Beta Casein and A2 Beta Casein. These 2 are nearly identical in structure except for the amino acid at position 67. A1 contains histidine while A2 contains proline.

The bond between histidine and its linked amino acids is much weaker and much more easily broken than the bonding of proline in A2. This splitting happens during the digestive process and creates a peptide called beta casomorphin 7 (BCM7). BCM7 is an opioid, which gives it morphine-like qualities. This creates rampant oxidative stress in the gut and blood stream.

BCM7 is a 7 amino acid peptide that is resistant to degradation. It takes very strong immune responses to break this molecule down effectively. This immune response often takes place in the gut and causes digestive distress and leaky gut syndrome. The most susceptible individuals are those who already have digestive problems and infants who naturally have increased intestinal permeability.

When BCM7 passes into the bloodstream, it is able to cross through the blood brain barrier. In the brain, it can bind to opioid receptors and cause symptoms of schizophrenia, autism, and other mood and neurodevelopmental issues. Research performed on rats has shown autistic and schizophrenic type behavioral changes after the rats were injected with BCM7.

It can be quite challenging to enjoy dairy products and avoid A1 Beta Casein in the western hemisphere. You certainly have to look for specific breeds of cow that will not be labeled at the grocery store.

A1 beta casein is produced by cattle belonging to the Bos Taurus subspecies, which is the primary breed of cattle in the western hemisphere. The Guernsey breeds produce only about 10% of their beta casein as A1 while the Jersey breed produces about 35%. The Ayrshire, Holstein, and Frisian breeds tend to produce 50% or more.
🌸 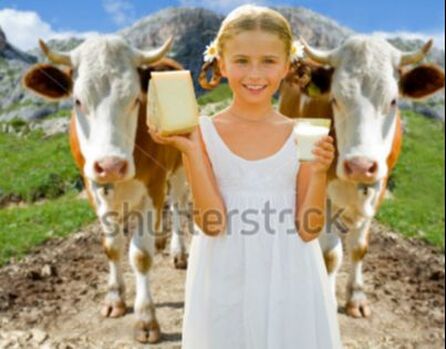 🌸
Goats do not produce A1 beta casein making their milk and dairy products. The `land of milk and honey` that was described in the bible is thought to be a reference to raw, goat milk and raw honey. Raw milk from grass-fed animals without A1 beta casein has a number of amazing health benefits due to the healthy omega 6:3 ratios, conjugated linoleic acid, and other immune supportive properties.

Organic butter from a grass-fed cow is still very healthy regardless of the breed of cow because it contains little to no protein.

Research has found that cheese, yogurt, and fermented milk products from A1 beta casein containing breeds produce around the same amount of BCM7 as regular milk. These products should only be consumed from breeds of cow that produce very little A1 beta casein or none at all.

[Editor`s Note: NaturalNews is strongly against the use of all forms of animal testing. We fully support implementation of humane medical experimentation that promotes the health and wellbeing of all living creatures.] 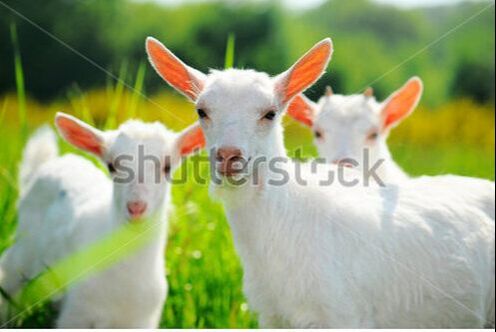