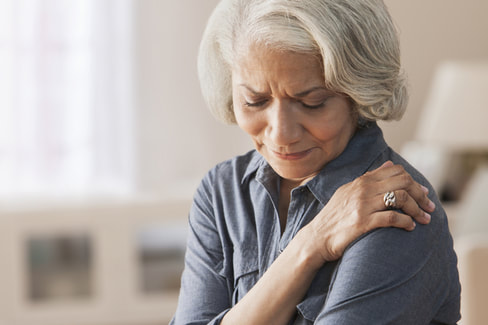 Arthritis is caused by toxicity which causes this inflammation. ​

Iridology is able to see areas that are effected by toxic and acid conditions that are the precursor to arthritis. Rheumatoid arthritis is simple to repair, but requires changes of diet.

​Changes will not occur overnight, but gradually.

Acid conditions in the digestive tract can cause bones and joints to deteriorate ... as the body is sending toxins to these parts of your body. With small changes in diet, you can begin to reverse this condition.. add a few basic - inexpensive supplements and slowly, your joints will begin to heal.

If your conditions is severe, a few simple cleanses will begin to make the needed change. The flora (bacteria) in your digestive tract will need to be supplemented with a probiotic.

Alternative treatment and relief of arthritis pain can be simple and

(NaturalNews) After suffering the physical changes brought on by rheumatoid arthritis (RA) for nearly three decades, Curt Griffing did what many people with RA wish they could do: He found relief.

Sadly, the Arthritis Foundation estimates that approximately 1.3 million people in the United States have RA, which is nearly 1 percent of the nation's adult population. The Arthritis Foundation explains that, while it's most common among women (they're three times more likely than men to get it), it's not unheard of for men to develop RA. Griffing knows that all too well, experiencing the swelling and stiffness associated with the chronic condition. The changes in his body took away from the cycling and skiing lifestyle that he used to enjoy, draining his energy. But not for long.

Once told to "learn to live with" his debilitating joint inflammation, he's now proud of the fact that he hasn't set foot in a hospital in ages. The discouraging news that he had developed RA came over 30 years ago, but after making significant dietary changes, Griffing says he hasn't "been to a doctor since."

The dietary change that provides RA reliefSo, what did this 57 year-old man do?

He traded in his meat- and cheese-eating habits for a raw, plant-based diet, typically enjoying smoothies, salads with raw food dressings, and plenty of nuts. "I discovered raw vegan foods," says Griffing, "and my health and energy have never been better!"

So successful was his transition that he was also able to trade in his television repair shop to create a business called Raw Food Central. There, he calls himself the CFO (Chief Flavor Officer), remaining active with the community as he teaches raw vegan courses, provides demonstrations and shares his personal stories about his victory in finding relief from his RA symptoms. At his store, he says people can enjoy "raw vegan snacks [that] really rock," adding that there's "absolutely no junk added."

A raw, plant-based diet has been heralded by many people who say that the absence of meat and dairy in favor of non-heated, whole foods is key in relieving many health symptoms, from RA and asthma to diabetes and weight problems.

A science enthusiast with a keen interest in health nutrition, Antonia has been intensely researching various dieting routines for several years now, weighing their highs and their lows, to bring readers the most interesting info and news in the field. While she is very excited about a high raw diet, she likes to keep a fair and balanced approach towards non-raw methods of food preparation as well.

One of the most important health issues

almost everyone with Alzheimer's is acidic from years and years

and not cleaning out the filters of the body - the kidney, liver, colon, etc..

With this acid condition there are many other diseases,

but losing your memory seems like the end of the road 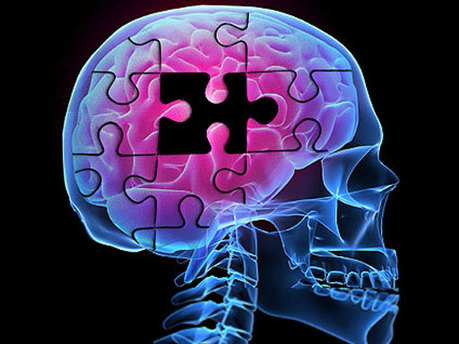 The general health of your life can be measured by your mental health... If you have assorted problems, your brain can suffer terribly. Although the brain is well protected at age 30, 40, 50, or more can be in serious trouble.

The cause is a culmination of years of toxic substances
accumulating in the body and eventually the brain becomes toxic,
the memories get slower and slower to the point that they are no longer available to be accessed.

​These memories do not disappear, but merely are buried.

Our entire body depends on the ability of the fluids in our system to conduct electrical impulses
​- this includes the brain.

When the toxins accumulate, the electrical impulses
no longer are able to move from cell to cell.
Memories are there but are fuzzy or seem no longer in your mind.

One of the most important health issues related to Alzheimer's disease is Alkalinity...  almost everyone with Alzheimer's is acidic from years and years of eating toxic food
and not cleaning out the filters of the body - the kidney, liver, colon, etc..

With this acid condition there are many other diseases, but losing your memory seems like the end of the road... but it does not have to be.

Iridology is able to see the ravages of these acids and help you make
​the changes for your mind and the rest of your body.. 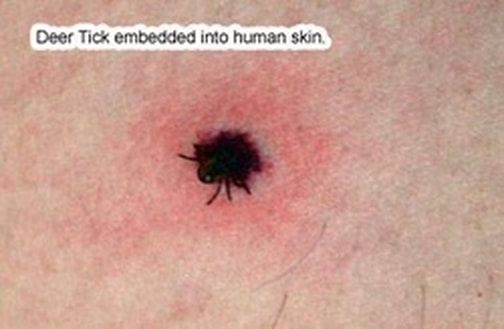 (NaturalNews) Lyme disease is the most common tick-borne infectious disease in the US. It's transmitted to humans spending time in woodsy areas and from ticks on dogs. The Borrelia burgdorferi bacteria causes Lyme disease and arthritis, manifesting in a multitude of symptoms ranging from rheumatoid arthritis, to fibromyalgia, chronic fatigue syndrome, neurological states, Bell's palsey, meningitis, heart and lung symptoms. Untreated, Lyme becomes deeply entrenched in the body, developing into an auto-immune disease.

Although there is a blood test that can confirm Lyme disease after the fact, the traditional diagnosis is usually made from the constellation of symptoms presented by the patient. Antibiotic therapy is the conventional treatment; often suppressing symptoms, driving them deep into the tissue, to surface years later in a wide range of troubling diseases.

This article is a is a brief overview of several of the many effective alternative medicines known to prevent and treat Lyme disease.

PreventionIf you have a dog and live in a tick-infested area, treat your yard early in the season with diatomaceous earth. Spray bushes with a mixture of natural pyrethrins, garlic and dish soap. These substances destroy ticks and lessen your chances of being bitten in your own yard.

Take colloidal silver for three to five days before spending time out doors during tick season. Colloidal silver is anti-microbial and kills a wide range of bacteria, acting like a natural antibiotic.

The homeopathic nosode made from B. burgdorferi may prevent the onset of Lyme disease after being bitten, as well as helping to cure it in its later stages.

Early exposureIf you you've been bitten by a tick, start taking colloidal silver immediately. Additionally, other natural antibiotics such as Pau d'arco tea, garlic and Echinacea extract may prevent the onset of infection.

The homeopathic remedy Ledum treats puncture wounds from venomous insect bites. It should be taken right away after being bitten together with colloidal silver.

Various neurological conditions mimicking serious diseases such as MS, ALS, and Parkinson's may develop in later stages of Lyme disease. The Peruvian herb Samento, or Cat's claw, has been shown to be highly effective for treating neurological disorders. Samento corrects immune dysfunction, blocks the action of certain neurotoxins, and has an anti-microbial action on the B. burgdorferi spirochetes.

The most common symptoms of Lyme disease are rheumatoid arthritis and other musculoskeletal pain and arthritis disease that linger for years. Homeopathic Rhus toxicodendron is the main remedy, especially in long-standing cases where there is suppression from antibiotics. The arthritis or fibromyalgia pain is usually worse on the left side and on first movement. Painful areas get better with continued motion of the affected part. There is stiffness and soreness which is better with warm applications.

Other homeopathic remedies that may offer relief for lyme arthritis are Kalmia latifolia, Pulsatilla, Lachesis, Lycopodium, Ruta graveolens and Phosphorus.

Don't self-treat with Lyme disease and arthritis. Consult a natural healthcare practitioner or an integrative treatment center for care.