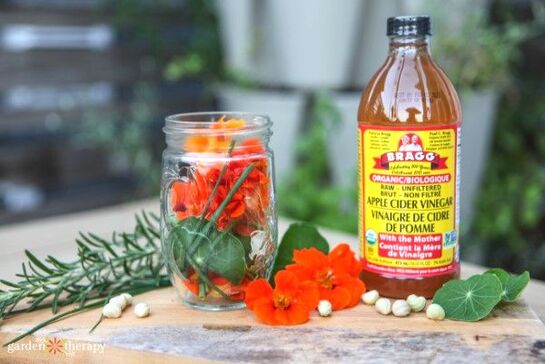 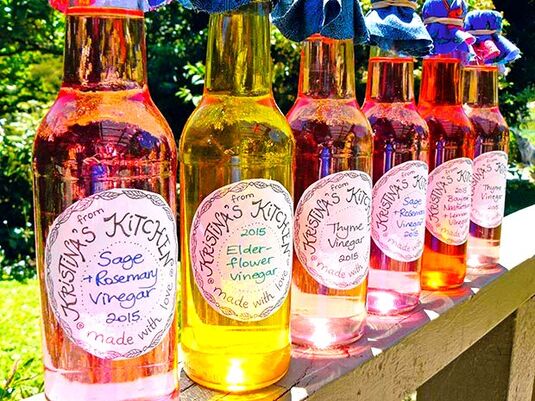 ​Vinegar Works Against Your Healing 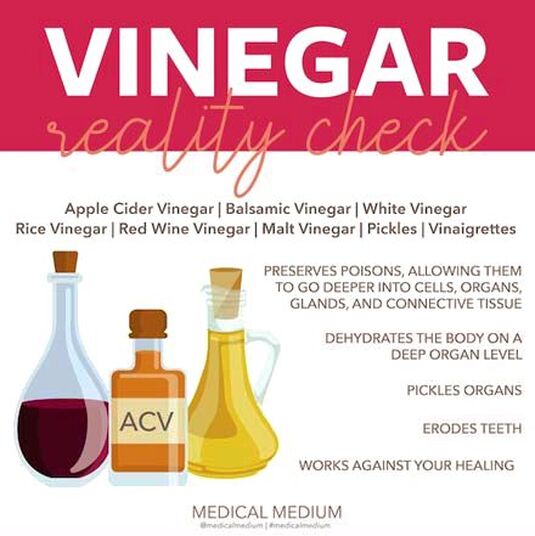 Vinegar dehydrates the body on a deep,

causing trouble by keeping poison inside the body

when we're trying to get rid of them. 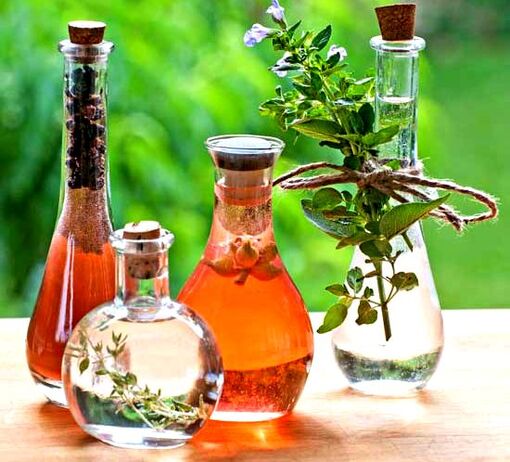 🌸
Vinegar is often considered to be a healthy food to include in your diet, especially apple cider vinegar. In truth, vinegar, even the best kind, has a detrimental effect on the body and is best avoided if you are trying to cleanse your body in order to heal a chronic illness, symptom, or condition.

“Vinegar dehydrates the body on a deep, deep organ level, and when you’re cleansing, you don’t want to dehydrate the body. Vinegar preserves poisons, trapping them in your organs—and not so that it can then drive them out of your body.

Toxins dehydrate us, as they require an abundance of water to dilute them and eventually flush them out of our cells so they can safely leave our organs without hurting us.

Rather than help flush out these toxins, vinegar allows toxins to penetrate our cells and organs because it sucks the water out of cells, and that even drives poisons and toxins deeper into organ tissue.

Picture this: a jar of pickles, with cucumbers sitting in a bath of water and vinegar.

If the water in that jar had traces of fluoride, lead, arsenic, pesticides, or any other variety of chemical poison, the vinegar would bind onto those toxins, pushing them deep into the pickles, possibly all the way to the core. That’s how vinegar works.

Well, we have water in our blood too. Toxins also float in it, and it’s a good thing that the water is present, because normally, it’s supposed to carry toxins along and flush them out. When we consume vinegar, though, suddenly we’re the jar of pickles, and our organs are the cucumbers getting pickled.

The vinegar begins by separating the toxins in our blood from the water clinging to them.

​This allows the toxins to burrow into organs, glands, and connective tissue—which works precisely against what you’re trying to accomplish on a cleanse.

Vinegar also sucks water out of our cells, robbing us of deep hydration reserves in organs such as the liver.

If you’re thinking that apple cider vinegar is exempt from all this vinegar talk, think again. Yes, ACV is more nutritious than other vinegars, because it’s made from apples, which are nutrient-rich. It’s not that much more nutritious than red wine or grape vinegar; grapes hold nutrition just as apples do.

All of these fruits are in fermented form, though, and we can’t get away from

the truth that no matter the source, vinegar dehydrates the body on a deep, systemic level, causing trouble by keeping poisons inside the body when we’re trying to get rid of them.” 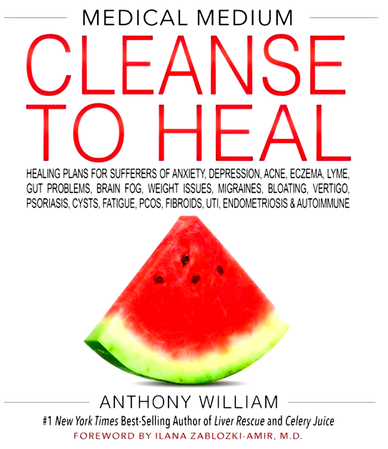 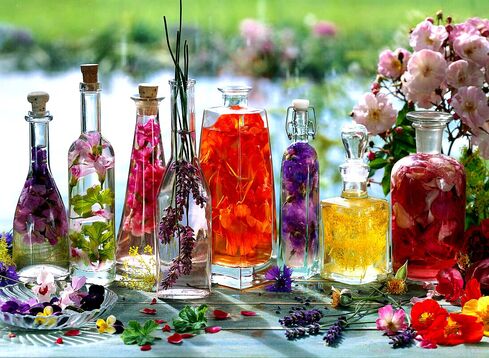 Apple Cider Vinegar
​
🌸
Everything has a possible downside, even ACV,

​here are a few negative possibilities.

The acid in apple cider vinegar may erode your teeth enamel.

If you have chronic kidney disease, your kidneys may not be able to process

the excess acid that comes along with drinking apple cider vinegar.

They sound so fantastic — even doctors can fall victim to them.

ACV is not pixie dust, but it’s also not snake oil. For those who want to try ACV, it does have some proven health benefits.
​
Where does ACV come from?

Yeast digests the sugars in apples and converts them into alcohol. A bacteria, acetobacter, then turns the alcohol into acetic acid. I don’t want to get too technical, but you can call this process fermentation.

Apple cider vinegar will not control your high blood pressure.

One popular myth is that ACV can be used for controlling blood pressure. In my research. There weren’t any studies using ACV for high blood pressure in people.

Eat a healthy diet, exercise, and take your meds if you need them.

A few studies show that vinegar may have anti-cancer properties. Most of these studies involved culturing cancer cells and exposing them to vinegar or acetic acid. The limitation of these studies is obvious; we can’t directly pour ACV on cancers inside of people. Further, you definitely can’t give someone an ACV IV infusion without causing serious harm or death.

Yet, a large population study from China found lower rates of esophageal cancer in people who frequently consumed vinegar. It’s worth noting that the people in the study were likely consuming rice vinegar, not ACV.

Bottom line: ACV is not going to cure esophageal cancer, unfortunately. As a GI doctor, I’m typically the first person to tell someone they have esophageal cancer. I wish I could tell people all they have to do is drink some vinegar. Sadly, things aren’t that easy.

If you are concerned about the risk of esophageal cancer, then don’t smoke and don’t drink a lot of alcohol. Talk to your doctor if you have chronic heartburn because you may need screening for Barrett’s esophagus.

Here are a few negative possibilities.

Everything has a possible downside, even ACV. Before you start guzzling apple cider vinegar, here are a few negative possibilities.


Like any supplement, ACV won't replace a healthy lifestyle. It may have some benefits to our bodies, but overall, we need more studies to truly understand the health benefits and side effects associated with ACV.  -  By E. Donald MD
🌸 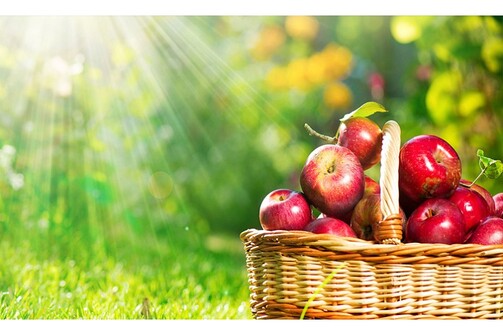 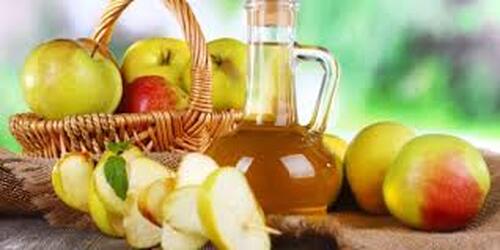 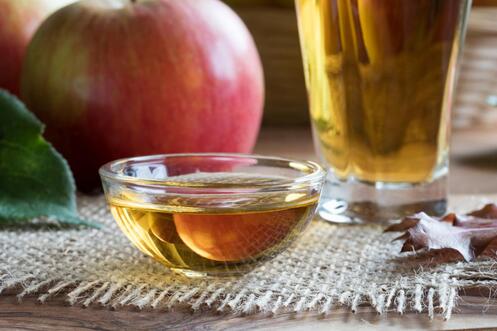 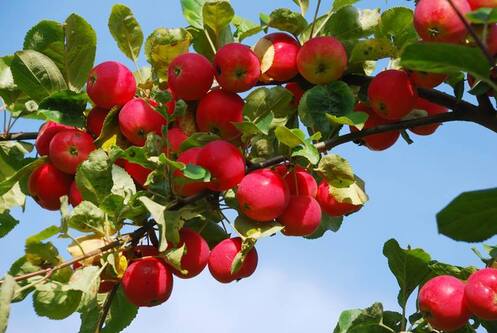 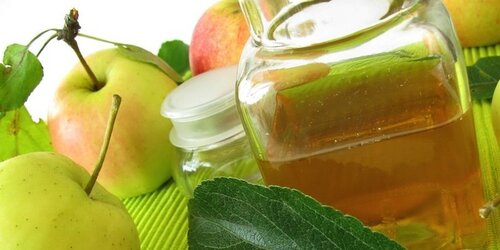