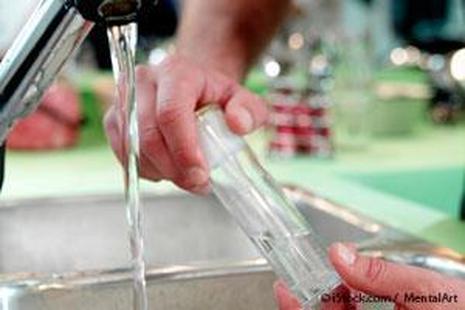 The “Healthy” Practice That Has Deceived the World
By Paul Connett, PhD, Director of the Fluoride Action Network

Only a handful of countries – largely English speaking (Australia, Canada, Ireland, New Zealand, the UK, and the USA) — continue the outdated and discredited practice of water fluoridation, but in each of these citadels, more and more communities are finding out the truth.

In Sept 2014, a major law firm filed a lawsuit on behalf of Peel (Ontario) citizens claiming that fluoridation is illegal under a Supreme Court ruling from the 1950s, and on Oct 7, 2014 Dublin City Council joined many other Irish councils calling on the Irish government to end mandatory fluoridation.

This has been followed by similar votes from Cork and Kerry. The response of rabid promoters to these events is highly revealing.

They continue to wheel out “prestigious authorities” to endorse the practice, even while it is becoming more and more obvious – and more and more embarrassing - that these “authorities” have no science to back their exaggerated claims of benefits or their denials of potential dangers. 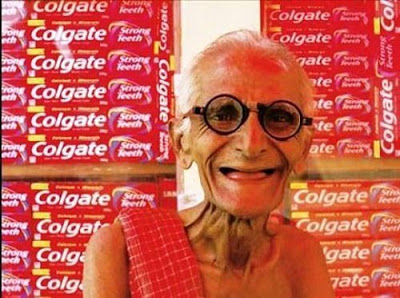 Important Facts You Need to Know About Water Fluoridation

With few exceptions, most other countries do not fluoridate their drinking water,1and for good reason—fluoride is a toxic drug linked with an array of potentially serious health problems.

Yet despite irrefutable evidence of harm, the United States still adds fluoride to municipal water supplies reaching nearly 211 million Americans, including infants, the elderly, and those with chronic health problems.

As of 2012, more than 67 percent of Americans receive fluoridated water,2 up from 66 percent in 2010.3 Of those, more than 11 million people receive fluoride at or above what has been deemed the "optimal" level, according to the US Centers for Disease Control and Prevention (CDC).

The video above features a recent interview I had with Dr. Paul Connett, director of the Fluoride Action Network (FAN), about the health risks of water fluoridation you may have not been aware of.

He also addresses the nature of the propaganda that keeps this foolish practice going, even though it flies in the face of scientific evidence, which shows there are significant health risks, especially for children, while providing no demonstrable benefit.

Why Water Fluoridation Is Utterly Unnecessary Thanks to a brilliant "marketing campaign" back in the 1940s, the American Dental Association (ADA) has been, and remains, a staunch defender of water fluoridation.

This despite mounting scientific evidence showing that a) ingesting fluoride does not benefit your teeth, and b) even topical application may be largely ineffective.

One groundbreaking study published in the journal Langmuir4 four years ago revealed that the fluorapatite layer formed on your teeth from fluoride is a mere six nanometers thick. To understand just how thin this is, you'd need 10,000 of these layers to get the width of a strand of your hair.

Scientists now question whether this ultra-thin layer can actually protect your enamel and provide any discernible benefit, considering the fact that it is quickly eliminated by simple chewing. They wrote: "it has to be asked whether such narrow… layers really can act as protective layers for the enamel."

It should be acknowledged that the anti-fluoridation community is divided about the quality of evidence for fluoride’s beneficial topical effects. However, they are unanimous in rejecting any benefit from swallowing fluoride to fight tooth decay plus dozens more that directly link fluoride exposure to reduced IQ in children.

Meanwhile, there are more than 100 published studies illustrating fluoride's harm to the brain, plus dozens more that directly link fluoride exposure to reduced IQ in children.

In other words, it doesn't do much (if any) good to swallow fluoride and doing so could be doing significant harm—not just on an individual basis, but also on a societal level.

Fluoride may have sweeping adverse effects on intellectual capacity of the American population on the whole, while also disproportionally affecting already disadvantaged communities.

Why Water Fluoridation Is a Scam

Water fluoridation was invented by brilliant schemers who needed a cheap way to dispose of  toxic industrial waste and protect them against future lawsuits from fluoride damage to farms and workers. That fluoride is a toxic waste product is a fact. If a municipality decides to quit fluoridating their water, they have to pay exorbitant sums for toxic waste disposal of the remaining fluoride and would again become vulnerable to lawsuits for worker damage

Back in the mid-1940s, politicians were duped with fraudulent science and endorsements, which is not science. In short, they were sold a "public health" idea in which humans are utilized to filter this poison through their bodies, while 99 percent simply goes down the drain. Adding insult to injury, they now MAKE hundreds of millions of dollars selling this hazardous industrial waste, rather than having to pay for its disposal. In his 2012 article "Poison is Treatment—Edward Bernays and the Campaign to Fluoridate America,"9 James F. Tracy reveals the PR campaign that created this fake public health measure:

"The wide-scale US acceptance of fluoride-related compounds in drinking water and a wide variety of consumer products over the past half century is a textbook case of social engineering orchestrated by Sigmund Freud's nephew and the 'father of public relations' Edward L. Bernays," he writes. "The episode is instructive, for it suggests the tremendous capacity of powerful interests to reshape the social environment, thereby prompting individuals to unwarily think and act in ways that are often harmful to themselves and their loved ones."

I highly recommend taking the time to read Tracy’s informative expose on how good PR can trump science and keep you in the dark for decades, lest you dig a bit deeper. The oft-quoted phrase emanating from the CDC’s Oral Health Division that water fluoridation is one of the greatest public health achievements of the 20th Century is a classic example of public relations trumping actual scientific data to the contrary.

No matter which scientific studies you examine or which population trends you view, the only rational conclusion is that fluoride's health dangers far outweigh the marginal dental benefits it might offer. Dental caries can be effectively prevented with means other than fluoridation (for example read about the ChildSmile program in Scotland), thereby avoiding the adverse effects of fluoride.

It's important to realize that fluoride is a cumulative toxin, which over time can lead to far more serious health concerns than dental fluorosis (spotting on your teeth). The neurological effects are very disturbing. As mentioned, 42 human studies10 now link fluoride exposures with reduced IQ, at levels in the water as low as 1.26 ppm (Xiang, 2003). We cannot afford to ignore such warnings!

The United States is one of the few remaining developed countries in the world that still fluoridates a majority of its water supply. In yesterday's newsletter, I featured the documentary Professional Perspectives on Water Fluoridation. If you missed it, I highly recommend taking the time to view it now. We can eliminate this harmful practice, but it's going to take people like you to make it happen—so please watch the film to get the cold hard facts, and share it with everyone you know.

This week we launch Fluoride Awareness Week. We set aside an entire week dedicated to ending the practice of fluoridation.

There's no doubt about it: fluoride should not be ingested. Even scientists from the EPA's National Health and Environmental Effects Research Laboratory have classified fluoride as a "chemical having substantial evidence of developmental neurotoxicity.” Furthermore, according to the Centers for Disease Control and Prevention (CDC), 41 percent of American adolescents now have dental fluorosis—unattractive discoloration and mottling of the teeth that indicate overexposure to fluoride. Clearly, children are being overexposed, and their health and development put in jeopardy. Why?

The only real solution is to stop the archaic practice of water fluoridation in the first place. Fortunately, the Fluoride Action Network has a game plan to END water fluoridation worldwide. Clean pure water is a prerequisite to optimal health. Industrial chemicals, drugs, and other toxic additives really have no place in our water supplies. So, please, protect your drinking water and support the fluoride-free movement by making a tax-deductible donation to the Fluoride Action Network today.

Internet Resources Where You Can Learn More

I encourage you to visit the website of the Fluoride Action Network (FAN) and visit the links below:


Together, Let's Help FAN Get to the Finish LineThis is the week we can get FAN the funding it deserves. I have found few NGOs as effective, and none as efficient, as FAN. Its small team has led the charge to end fluoridation and will continue to do so with our help!

So I am stepping up with the challenge. For the fourth year in a row, I will match the funds you give. This year, I believe a $25,000 match is the right thing to do. Please give, and all dollars received up to $25,000 will be matched by Natural Health Research Foundation, which I founded.

On Sunday, December 14th at 5pm (EST), the entire Fluoride Action Network team will be featured on this month’s International Fluoride Free Teleconference. The call is free and will provide a year-in-review of the fluoride issue, as well as provide an opportunity for supporters to ask the FAN team questions. So please register today to interact with fellow campaigners from around the world and have your questions about fluoride answered by the experts.

Also please watch the documentary Professional Perspectives on Water Fluoridation from now until December 19th, that outlines the science behind fluoridation and the effects it has had on entire generations, a select panel of experts show conclusively why there is no logical or rational reason to continue fluoridating our water supply.