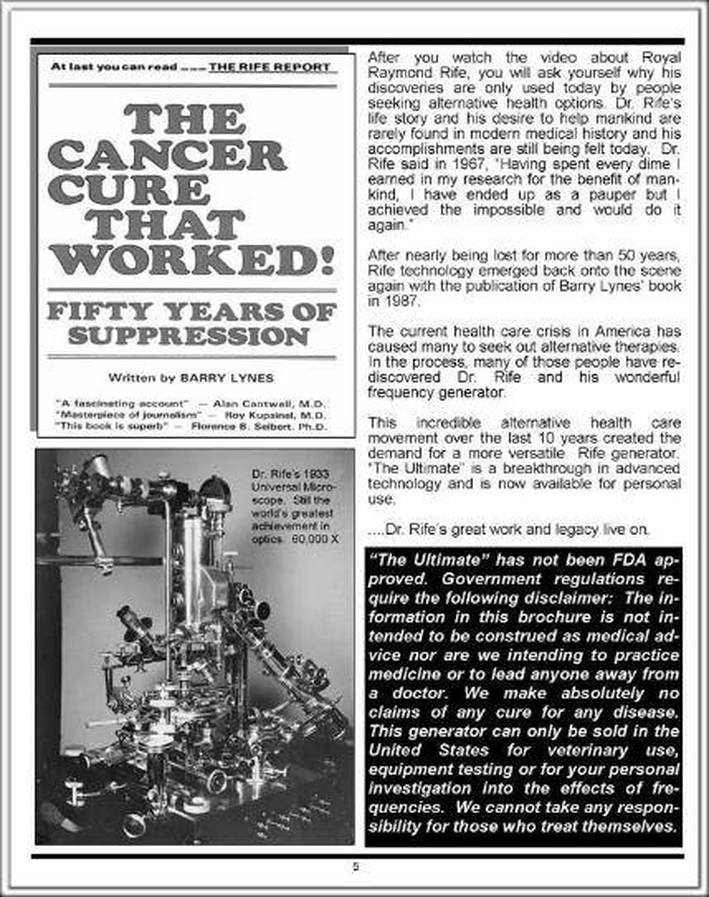 The Rife machine was introduced in the early 1930s by Royal Raymond Rife, an inventor who maintained that all cancer is caused by bacteria and claimed that his machine could detect the microbes by the color of the auras they emitted. 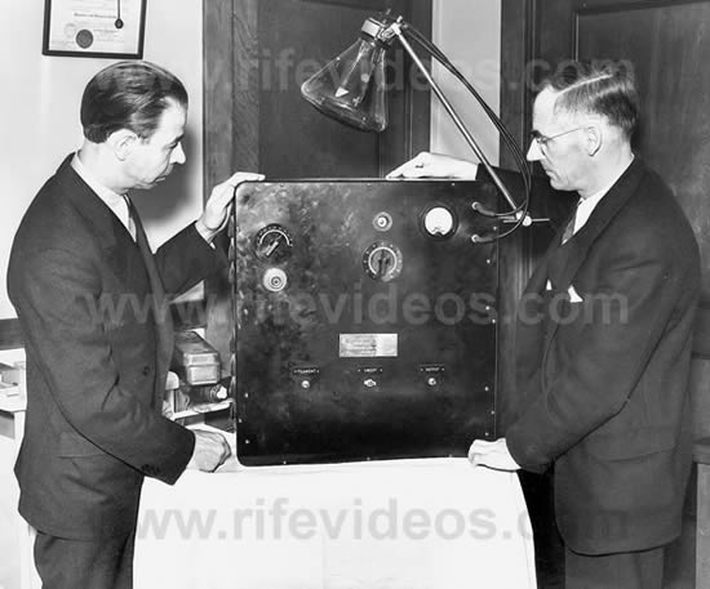 I've been diagnosed with a tumor on my neck. My friend suggested treatments with a Rife machine. How effective are these treatments and what are the dangers? I'm scared that treatments might cause the tumor to metastasize as the cells break down and wash through my system.

You're wise to be skeptical about Rife treatment. It is one of a number of unproven devices that use forms of electromagnetic energy - electricity, microwaves, radio waves, ionizing radiation and infrared rays - to diagnose or treat disease.

was introduced in the early 1930s by Royal Raymond Rife, an inventor who maintained that all cancer is caused by bacteria and claimed that his machine could detect the microbes by the color of the auras they emitted. (Except for H. pylori, associated with stomach cancer, no other bacterial cause of cancer is known.)

Rife's invention got some medical attention in the 1930s, but its efficacy remained unproved. It probably would have disappeared by now if it hadn't been for a 1987 book called The Cancer Cure that Worked!: Fifty Years of Suppression.  The book's authors claim that in 1934 Rife demonstrated his machine's ability to cure cancer but that "all reports describing the cure were censored by the head of the AMA from the major medical journals."

A 1994 review by the American Cancer Society of the Rife machine noted that once the cancer-causing microbes were identified by the Rife machine, it would purportedly generate radio frequencies of exactly the same vibratory rates as the bacteria and, according to Rife, "shatter" them. The truth is that radio waves cannot destroy bacteria.

Despite the fact that it has long been medically discredited, the Rife machine is still around, doing more harm than good. In 2007, the Seattle Times reported the case of a Washington state couple who were indicted for medical fraud. They operated a treatment center in their home using a Rife machine among other bogus devices.

The man posed as a physician, and his wife scheduled appointments and, according to the news account, also warned patients not to talk about the treatment they received because it was "unapproved and clandestine."

​One of their patients, a 32-year-old man who had been diagnosed with testicular cancer, refused the immediate surgery his physician had urged and instead underwent a year"s worth of treatment with the Rife machine at the cost of several thousand dollars. He died in 2004 leaving a wife and three young children.

Rife machines don't work. When dealing with cancer, first determine what conventional therapies have to offer. Then try to find an oncologist who is open to an integrative approach; 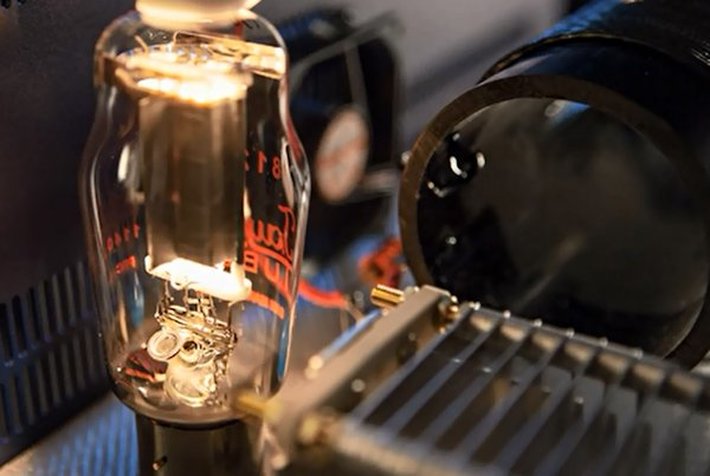 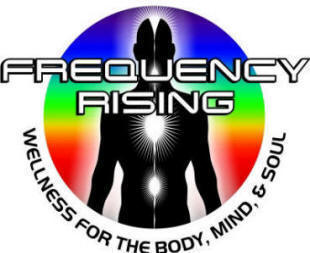 (Click on link to go directly to product or category.)