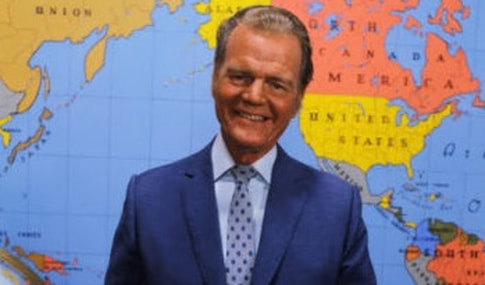 Paul Harvey Aurandt, better known as Paul Harvey,
was an American radio broadcaster for the ABC Radio Networks.
​
He broadcast News and Comment on weekday mornings
and mid-days and at noon on Saturdays,

as well as his famous The Rest of the Story segments.

If I Were the Prince of Darkness​

If I were the Devil, the Prince of Darkness,

what methods of deception would I use to rule the world?

What areas of society would I target?

What tactics would I employ?

In the transcript below, Paul Harvey in 1965 airs

one of the most astonishing monologues ever recorded.

everything that Paul Harvey said the Devil would have to do to rule the world,

has come to pass.

Paul Harvey was not a prophet nor were his words prophetic.

Perhaps the Devil himself listened to the broadcast…what you are about to read will,

without doubt, raise a few eyebrows and goosebumps.

Enjoy…or rather, be appalled, with the rest of the story!

If I Were the Devil

If I were the Devil, if I were the Prince of Darkness, I’d want to engulf the whole world in darkness and I would have a third of its real estate and four-fifths of its population, but I wouldn’t be happy until I had seized the ripest apple on the tree, thee.

So I would set about however necessary to take over the United States. I’d subvert the churches first. I’d begin with a campaign of whispers. With the wisdom of a serpent, I would whisper to you as I whispered to Eve: “Do as you please.”

To the young, I would whisper that the Bible is a myth. I would convince them that man created God instead of the other way around. I would confide that what is bad is good and what is good is “square.” And the old, I would teach to pray after me: “Our Father which art in Washington.”

And then I’d get organized. I’d educate authors in how to make lurid literature exciting so that anything else would appear dull and uninteresting. I’d make TV look worse than movies and then make movies look worse than TV in a vicious cycle that just gets worse and worse. I’d peddle narcotics to whomever [sic] I could. I’d sell alcohol to ladies and gentlemen of distinction. I’d tranquilize the rest with pills.

If I were the Devil, I would encourage schools to refine young intellects but neglect to discipline emotions; just let those run wild until, before you knew it, you’d have to have drug-sniffing dogs and metal detectors at every schoolhouse door. Within a decade, I’d have prisons overflowing. I’d have judges promoting pornography.

If I were the Devil, I would take from those who have and give to those who wanted, until I had killed the incentive of the ambitious. And what will you bet I couldn’t get whole states to promote gambling as the way to get rich.

I would caution against extremes in hard work, in patriotism, in moral conduct.

I would convince the young that marriage is old-fashioned, that swinging is more fun, that what you see on TV is the way to be and thus I could undress you in public and I could lure you into bed with diseases for which there is no cure.

In other words, if I were the Devil I'd keep right on doing what I'm doing. 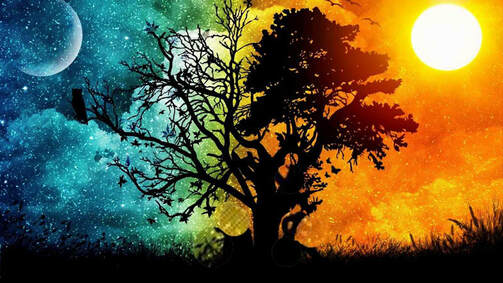 If I Were the Devil

A piece of prose about the state of man, the world,
and the United States said to have been written by Paul Harvey.

According to World Net Daily (WND), this was written by Paul Harvey
and copyrighted by WorldNet Daily in 1999.

An updated article was posted on WND on September 3, 2012.

There are several versions of this commentary, according to the article.

We found a recording of Harvey’s commentary in a  March 23, 2012 Fox Nation article,
which contained a link to the popular media sharing site, YouTube.

The Fox article said that it aired on the ABC radio network on April 3, 1965.

A real example of the eRumor as it has appeared on the Internet:

I would gain control of the most powerful nation in the world;

I would delude their minds into thinking that they had come from man's effort,

instead of God's blessings;

I would promote an attitude of loving things and using people, instead of the other way around;

I would dupe entire states into relying on gambling for their state revenue;

I would convince people that character is not an issue when it comes to leadership;

I would make it legal to take the life of unborn babies;

I would make it socially acceptable to take one's own life,

and invent machines to make it convenient;

I would take God out of the schools, where even the mention of His name was grounds for a lawsuit;

I would come up with drugs that sedate the mind and target the young,

and I would get sports heroes to advertise them;

I would get control of the media, so that every night I could pollute the mind

of every family member for my agenda;

​I would attack the family, the backbone of any nation.

I would make divorce acceptable and easy, even fashionable.

If the family crumbles, so does the nation;

I would compel people to express their most depraved fantasies on canvas and movie screens,

and I would call it art;

I would convince the world that people are born homosexuals,

and that their lifestyles should be accepted and marveled;

who call themselves authorities and refer to their agenda as politically correct;

I would persuade people that the church is irrelevant and out of date, and the Bible is for the naive;

I would dull the minds of Christians, and make them believe that prayer is not important,

and that faithfulness and obedience are optional;

I guess I would leave things pretty much the way they are. 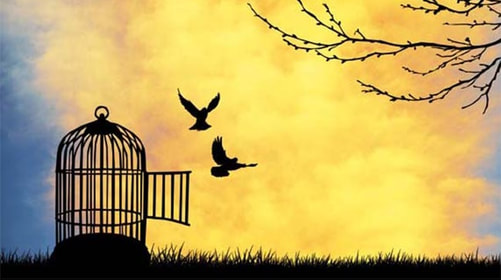 Freedom to Chains a radio broadcast from 1965 by Paul Harvey,
​
a word of prophesy for today.

The Beauty of Freedom

"I believe in Liberty for all men:

the space to stretch their arms and their souls,

the freedom to choose their friends,

enjoy the sunshine, and ride on the railroads, uncursed by color;

thinking, dreaming, working as they will in a kingdom of 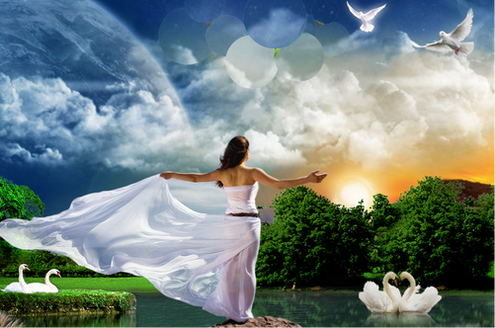