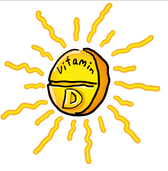 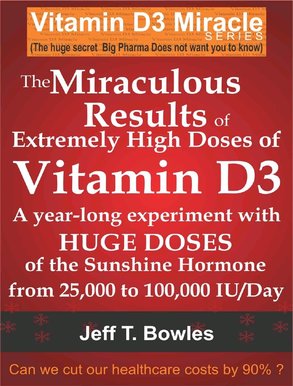 is the very long and detailed title of a book published on Amazon
by the author Jeff T Bowles.

The provocative question in the book's subtitle is:

According to Jeff T Bowles, the answer to that question is a strong yes and he is basing his answer on the result he has had himself during more than one year of consuming
“extremely high doses” of the sunshine vitamin D3.

The author is also trying to prove is that there are no risks or side-effects involved when taking daily doses of 50,000 to 100,000 IU vitamin D3 even if is
50 times more than the by health authorities commonly recommended dose of 400 - 600 IU.

He would most likely have reached the optimal level with a much lower daily intake.

It has, for example, been proved that making 10,000 to 15,000 IU from a session in a sunbed three times a week, easily brings the blood level up to the assumed original human level of vitamin D found among ingenious tribes living freely under the sun in Africa.

Jeff Bowles describes in his book the remarkable and almost miraculous result
observed in his own body. 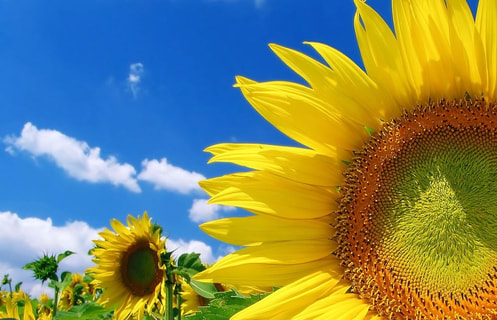 The Whole Book in Nut Shell

And let me spill some of the really interesting tidbits first right now before we get started, just tohet your appetite. After all my experimentation and researching and thinking about Vitamin D3, I have stumbled upon a very simple theory about D3 that is elegant in its simplicity.

This simple theory can be created from combining just a few simple facts and a little common sense. This simple theory just might be able to explain the cause of, or how to prevent most of the diseases and health problems that humans face (with the exception of aging-related diseases and syndromesfrom genetic mutations).

Everything else it seems, I have found, might just be preventable or curable by careful, occasional super-high dose Vitamin D3 therapy. Okay, I will now describe the major relevant facts and ideas regarding what I call The Human Hibernation Syndrome which is caused by your body not getting enough sun and thus acting as if it is preparing for winter.

Vitamin D3 is the active hormone form of Vitamin D and people used to generally get most of their Vitamin D3 from exposing their skin to the sun. The sun activates an inactive form of Vitamin D hich is actually very similar to and made from cholesterol, and turns it into the functioning hormone.

(There are a few other minor steps in the kidneys and liver but we can ignore them for our purposes). Vitamin D2 and D1 are much less active plant-derived forms of the hormone that you can get from your diet if you eat amongst other things UV irradiated mushrooms. D1 and D2 are considered inferior synthetic, weak, versions of the animal hormone D3.

(There are a large number of hormones that are made from cholesterol as the starting point. That’s why they call them steroids, and it includes hormones such as, Vitamin D3, testosterone, estrogen, DHEA, progesterone, cortisol, etc. They areall very similar looking except for a few tiny tweaks here and there).

People generally make a lot more Vitamin D3 with their skin in the summer sunny months than in the dark winter months. Although D3 can be acquired from the diet and diet now might be the primary source of D3 for many, most people used to get the majority of their D3 from sun exposure.

Vitamin D3 deficiency is associated with a huge number of diseases and disorders.

​Let us focus just on obesity, depression, arthritis, and susceptibility to the common cold for now. Now here is the logic: In the spring and summer your body is exposed to lots of sun, and thus your Vitamin D3 levels are high and rising. Your body, from an evolutionary perspective believes that food is abundant, days are long, and everything is good.

So the sunshine hormone D3 tells your body it’s okay to burn a lot of energy and get things done, because food and vitamin resources will be available. Thus from D3 you get lots of energy; it keeps you active; keeps your hunger under control, and keeps you healthy (as will be described shortly).

When winter arrives in the northern latitudes northern residents have a dramatic reduction in the production of D3-the sunshine hormone signal.

From an evolutionary perspective your body now expects a good chance of famine conditions that often occur around winter when resources are scarce. (Just ask the Donner party about winter famine!

The pioneers began to starve to death in 1846 on a Nevada mountain trail in a blizzard. They were reduced to cannibalism to survive, leaving just 48 survivors out of 87 in the original party!)

​Now, if you happened to be a northern bear, declining and low D3 would be one of the signals to tell you to begin to get ready to hibernate.

​In fact in black bears Vitamin D3 levels are at about 23 nmol/Lin the summer (around 10 ng/mL which is the scale we usually use) and decline to 8 nmol/L (or 3ng/mL) during hibernation with the drop in D3 being offset by a large increase in an inactive form of Vitamin D, which in the bear’s case is a pseudo-Vitamin D2.

A bear preparing for hibernation will begin to eat as much as possible to put on as much weight as it can to get ready to wait out the winter. Female bears often increase their weight from their lowest summer weight to hibernation weight by 70%. Many other mammals hibernate including raccoons, skunks, woodchucks, chipmunks, hamsters, hedgehogs, and bats.

​Most reptiles and amphibians hibernate as well as crocodiles and alligators that go for months without eating when it is cold and darker. Apparently, hibernation is a response that might have evolved in all animals or their evolutionary ancestors from time to time.

​With this in mind, it is highly likely that us humans have some sort of ancient but semi-suppressed hibernation mechanisms locked up in our DNA. 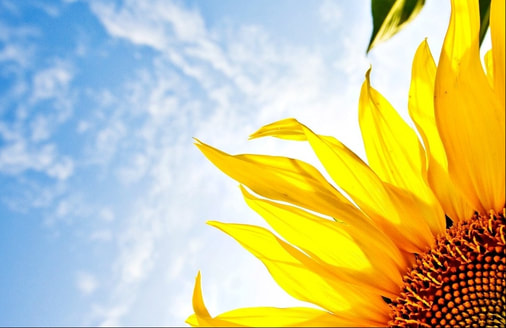 ​Megadosing
When I told a third year Northwestern medical student that I was going to boost my dose of VitaminD3 from 4,000 IU a day to 20,000 early in my experiment she thought I was EXTRA-CRAZY! andarned me of all the dangers I might face from Vitamin D toxicity.

My father, a retired Stanford-educated MD, also told me I was “barking mad” and I was going to kill myself in short order!! (By the way I have now convinced my father, after the amazing results of my experiment, to take 7,000 IU every day (still too low I believe)). Anyway, if you mention any of this to a normal medical doctor, he or she will highly encourage you not to take the risk.

This fear of Vitamin D3 is almost an involuntary reflex that has been ingrained in them from their first days of medical school. You only have to get on the internet and read the writings of Dr. JJ Cannell who is head of the US Vitamin D council, and his words will comfort you as he urges people to take 50,000 IU a day for 3 days at thefirst sign of a cold.

He also thinks the recent increase in the daily allowance for Vitamin D3 from 400IU to 800 - 2,000 IU a day approved by the US Government sanctioned commission is a joke and almost criminal!

​(I will suggest up to 3X more for someone of my weight (about 200 pounds)) - Note added later- I am now thinking after going up high on D3 for a year or so, you should start testing your blood and take just enough to keep your  blood levels around 90-100 ng/mL- almost impossible to do without blood testing which you will soon see is cheap and easy and basically painless.)

If you are still worried about high dose vitamin D3, I will comfort you more later, but for the meantime keep in mind and feel free to look up on the internet the 1966 case of a number of pregnantomen that wanted to prevent a genetic calcium problem in their babies to be born by taking 100,000IU a day of Vitamin D for the entire 9 month term of their pregnancies with no ill effects, and completely healthy babies born to boot! (keep in mind this might have been the weaker version of Vitamin D which is D2.)

I recently received a fantastic email from Mark Murphy! Here is an excerpt fromhis email-stuff I did not know!“ I believe your doses of D-3 could still be low.

The toxicity of D-3 has been greatly exaggerated by big pharma and the AMA. It has been researched for a very long time as you know.

Evidence of this is the creation of the international unit (to confuse the public) and the manufacture of three prescription drugs Dalsol, Deltalin and Drisdol to fight cancer during the time when the benefits were being rapidly discovered. Dalsol, Deltalin and Drisdol were simply 50,000 iu doses of vitamin D. It here is money to be made, they will try and control us. Look at how much money they have made on the cancer industry.

During the Vitamin D debates during the late 1920's, our government commissioned a nine year study by the University of Illinois, Chicago Medical College on toxicity levels of vitamin D.
​It is referred to generically as the "Streck Report" of 1937. This study involved 63 dogs and 773 humans.

They reported:
​
"There were no deaths among the 773 human subjects whose doses routinely given ranged upward from 200,000 IUs total daily dose for periods ranging from seven days to five years." Also,"One of the authors took 3,000,000 IUs total daily for fifteen days without any evidence of disturbance of any kind."

Read the Rest in the FREE Scribd PDF. 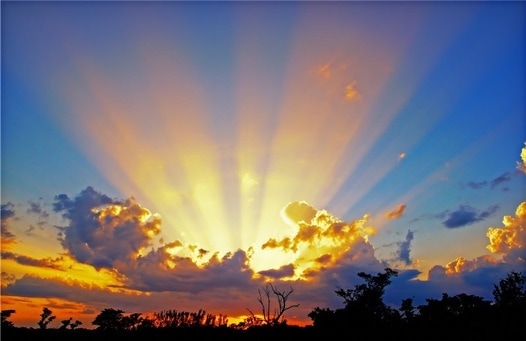 Of The Sunshine Hormone Vitamin D3

​My Experiment With Huge 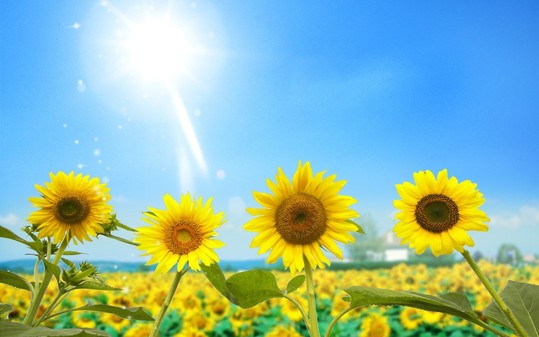