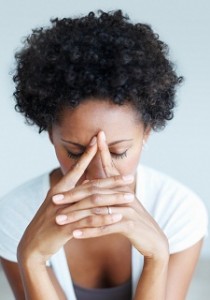 Mercury toxicity is increasingly common and can cause memory loss, irritability, and depression.

Trillions of microscopic bugs live in us and on us. More often than not, these bugs help us rather than harm us.

Heavy metal toxicity is associated with lower IQ, developmental delays, and behavioral disorders in children.We are, as one scientist put it, surrounded by an invisible “microbial cloud.” (1)

What may be surprising is that scientists have been researching the relationship between microbes and metals for decades and have found that friendly gut bacteria naturally and gently help to cleanse the body of heavy metals.

Heavy metals like lead, cadmium, arsenic, and mercury can accumulate in the body. When this happens, the heavy metals build up in the blood and eventually in the tissue for storage. In the meantime, the liver works diligently to move heavy metals out of the blood and into the large intestine, where they can be excreted.

When it comes to heavy metals, mercury gets a lot of attention. Mercury is a dangerous toxin that can poison the central nervous system (in addition to overworking the liver).

Dental amalgams—or “silver fillings”—are roughly 50% mercury. The mercury in dental amalgams may release gas, which can result in toxic levels of mercury in the body.
​
Mercury toxicity is increasingly common and can cause memory loss, irritability, and depression. Mercury exposure can come from fish in the diet and silver dental fillings.

Signs of mercury toxicity affecting the nervous system include:
The most common heavy metals that we are exposed to are lead from lead paint, mercury from fish and dental amalgams, arsenic from treated lumber and contaminated water, and cadmium from pigments and bakeware.

STEP 1: FERMENTED FOODS TO THE RESCUE

Recently, a 2012 study from the Lawson Health Research Institute explored the value of probiotics in those who have an accumulation of heavy metals. According to researchers, the friendly gut bacteria Lactobacillus—which are found in our mouth, gut, and in the birth canal of women—have the ability to detoxify heavy metals. (4)

Other studies report that probiotics may be valuable tools for cleansing the body of the heavy metals lead and cadmium. (5)(6)

Living lactobacillus bacteria are found in fermented foods, such as cultured veggies, yogurt, and kefir beverages. When we eat these foods on a daily basis, we help to replenish the beneficial bacteria in the gut that naturally cleanse heavy metals from the body.

Sulforaphane protects our cells against inflammation and promotes the healing of the delicate tissue that lines the intestines and the blood-brain barrier. (7)(8) Sulforaphane also targets cancer stem cells and destroys them. (9) But what about heavy metals?

Less common examples of crucifers are pungent roots such as daikon, horseradish, and wasabi.

Isothiocyanate, another plant compound that contains sulfur, has been isolated from the wasabi root in studies. It turns out that it not only supports the immune system and prevents cancer, but isothiocyanate also assists with cellular detoxification pathways within the liver. (10)

In other words, the plant chemicals in cruciferous vegetables—like isothiocyanates—can assist with the detoxification of heavy metals. This is because they support the production of glutathione, the master antioxidant in the body. You can find glutathione in every single cell, although one of its most important functions is to help the liver detoxify heavy metals, pesticides, and other poisonous chemicals.

One of the best ways to build and replenish levels of glutathione in the body—and gently cleanse the body of heavy metals—is to consume fermented vegetables with liver cleansing herbs.

Body Ecology’s LivAmend contains 50 mg of wasabi powder and 12,000 ppm of isothiocyanates. It also contains extracts of artichoke, sarsaparilla, and milk thistle. Sarsaparilla is a potent blood
purifier, while both artichoke and milk thistle protect and assist the liver in the detoxification process.

What To Remember Most About This Article:

Scientists have long been researching the relationship between microbes and heavy metals. They have determined that friendly gut bacteria can naturally help to cleanse the body of heavy metal toxicity.

It is increasingly common for heavy metals like lead, mercury, cadmium, and arsenic to accumulate in the body. Heavy metal toxicity could cause issues like developmental delays and a lower IQ in children.

Most vegetable ferments are made with at least one cruciferous vegetable, like cabbage, cauliflower, or broccoli. Cruciferous vegetables are even more valuable in ferments because they are full of plant chemicals that can aid in heavy metal detox even further! Fermented veggies are best consumed with LivAmend to gently detoxify heavy metals while supporting liver cleansing.