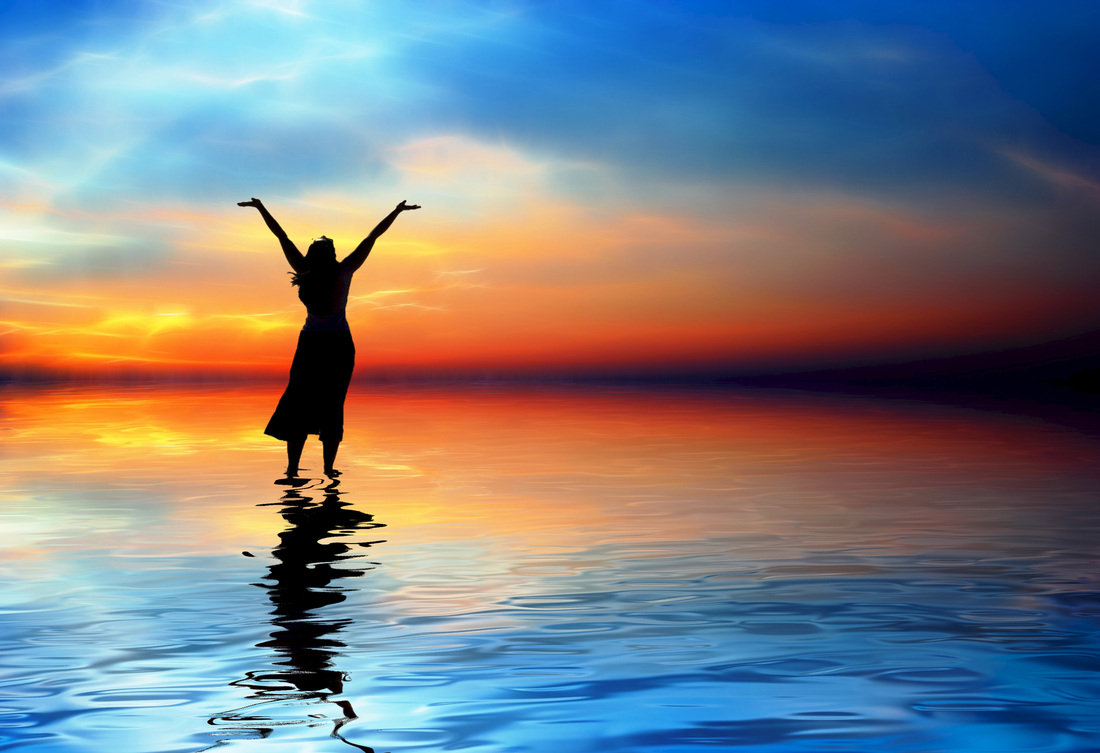 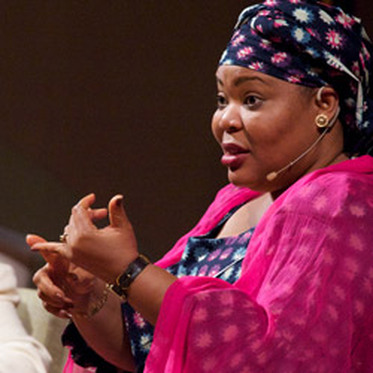 The Top Hero of the 21 Century

The Liberian Hero, Nobel Peace Prize Winner Had NO FEAR

This made Liberia the first African nation to have a female president. She, along with Ellen Johnson Sirleaf and Tawakkul Karman, were awarded the 2011 Nobel Peace Prize "for their non-violent struggle for the safety of women and for women's rights to full participation in peace-building work."

The Liberian civil war, which lasted from 1989 to 2003 with only brief interruptions, was the result of economic inequality, a struggle to control natural resources, and deep-rooted rivalries among various ethnic groups, including the descendants of the freed American slaves who founded the country in 1847.

In the spring of 2002, Gbowee was spending her days employed in trauma-healing work and her evenings as the unpaid leader of WIPNET in Liberia. Her children, now including an adopted daughter named Lucia "Malou" (bringing the number of children to five), were living in Ghana under her sister's care.[29]

Falling asleep in the WIPNET office one night, she awoke from a dream where she says God had told her, "Gather the women and pray for peace!"[30] Some friends helped her to understand that the dream was not meant for others, as Gbowee thought; instead, she realized that it was a necessary for her to act upon it herself.[30][31]

Following a WIPNET training session in Liberia,[32] Gbowee and her allies, including a Mandingo-Muslim woman named Asatu, began by "going to the mosques on Friday at noon after prayers, to the markets on Saturday morning, to two churches every Sunday."[33]

By the summer of 2002, Gbowee was recognized as the spokeswoman and inspirational leader of the Women of Liberia Mass Action for Peace, described as a peace movement that started with local women praying and singing in a fish market.[35] Working across religious and ethnic lines, Gbowee led thousands of Christian and Muslim women to gather in Monrovia for months. They prayed for peace, using Muslim and Christian prayers, and eventually held daily nonviolent demonstrations and sit-ins in defiance of orders from the tyrannical president at that time, Charles Taylor.[36]

They staged protests that included the threat of a curse and a sex strike. Of the strike, Gbowee says, "The [sex] strike lasted, on and off, for a few months. It had little or no practical effect, but it was extremely valuable in getting us media attention."[37] In a highly risky move, the women finally occupied a field that had been used for soccer; it was beside Tubman Boulevard, the route Charles Taylor traveled twice a day, to and from Capitol Hill.[38]

To make themselves more recognizable as a group, all of the women wore T-shirts that were white, signifying peace, with the WIPNET logo and white hair ties.[38] Taylor finally granted a hearing for the women on April 23, 2003. With more than 2,000 women amassed outside his executive mansion, Gbowee was the person designated to make their case to him.[39] Gbowee positioned her face to be seen by Taylor but directed her words to Grace Minor, the president of the senate and the only female government official present:

In her book, Gbowee reveals that Grace Minor quietly "gave a great deal of her own money... at enormous personal risk" to the women's protest movement.[41] The protesting women extracted a promise from President Charles Taylor to attend peace talks in Ghana to negotiate with the rebels from Liberians United for Reconciliation and Democracy[42][43] and another newer rebel group, MODEL.[44]

In June 2003, Gbowee led a delegation of Liberian women to Ghana to put pressure on the warring factions during the peace-talk process.[45] At first the women sat in a daily demonstration outside the posh hotels where the negotiators met, pressuring for progress in the talks.[46]

When the talks dragged from early June through late July, with no progress made and violence continuing in Liberia, Gbowee led dozens of women, eventually swelling to a couple hundred, inside the hotel, where they simply "dropped down, in front of the glass door that was the main entrance to the meeting room."[47]

They held signs that said: "Butchers and murderers of the Liberian people -- STOP!"[47]

Gbowee passed a message to the lead mediator, General Abubakar (a former president of Nigeria), that the women would interlock their arms and remain seated in the hallway, holding the delegates "hostage" until a peace agreement was reached.

Abubakar, who proved to be sympathetic to the women, announced with some amusement:

"The peace hall has been seized by General Leymah and her troops.

" When the men tried to leave the hall, Leymah and her allies threatened to rip their clothes off:

"In Africa, it's a terrible curse to see a married or elderly woman deliberately bare herself."[48]

With Abubakar's support, the women remained sitting outside the negotiating room during the following days, ensuring that the "atmosphere at the peace talks changed from circuslike to somber."[49]

The Liberian war ended officially weeks later, with the signing of the Accra Comprehensive Peace Agreement on August 18, 2003.[50][51] "But what we [women] did marked the beginning of the end."[49] 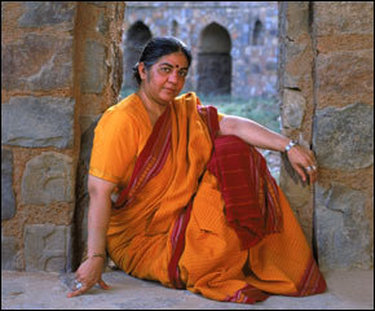 Destroying Monsanto in court countless times with No Fear

She powerfully articulates the links between race,

She’s launched the non-profit Sustainable South Bronx, and has gone on to become a leader and a model of hope for struggling communities. 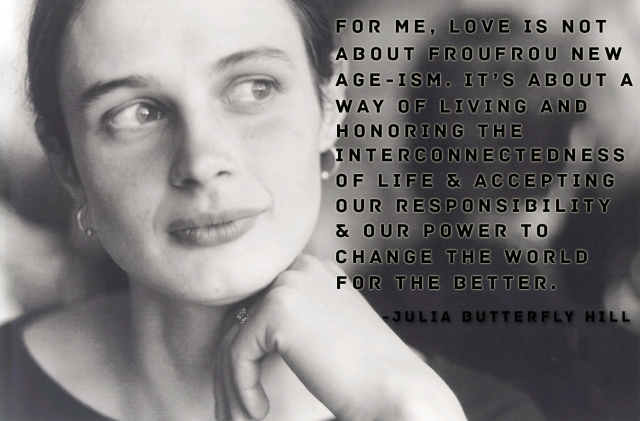 Her act brought worldwide awareness to the problems of 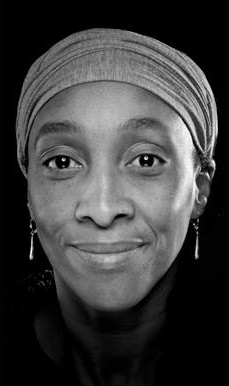 Volunteering 100s of hours creating a better future for us all

Frances co-founded Desta, an organization specializing on youth between the ages of 18-25 who need someone to listen, converse and befriend. 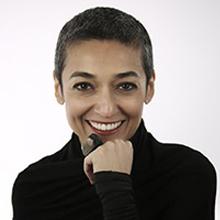 At the age of 23, she founded Women for Women International, a grassroots humanitarian and development organization dedicated to serving women survivors of wars rebuild their lives. Under her leadership as the organization’s CEO (1993-2011), the organization grew from helping 30 women upon its inception to more than 400,000 women in 8 conflict areas leading to a distribution of more than $100 million dollars in aid and loans, and has impacted more than 1.7 million family members.

Salbi is also the author of the national bestseller "Between Two Worlds: Escape from Tyranny: Growing Up in the Shadow of Saddam” (with Laurie Becklund). Salbi has also authored “The Other Side of War: Women's Stories of Survival and Hope” and “If You Knew Me, You Would Care.” Her books received support from iconic women writers such as Alice Walker and from several celebrities including but not limited to Angelina Jolie, Meryl Streep, and Annie Lennox.

Salbi is known for bringing international women’s issues to mainstream attention in the US, making philanthropy accessible to women at the grassroots level, and pioneering microcredit programs to post conflict areas. Salbi’s mission had always been to build programs that combine access to knowledge with access to resources to lead to lasting change in women’s lives.

Women for Women International
www.womenforwomen.org
In countries affected by conflict and war, Women for Women International supports the most marginalized women to earn and save money, improve health and well-being, influence decisions in their home and community, and connect to networks for support. By utilizing skills, knowledge, and resources, she is able to create sustainable change for herself, her family, and community.

Synergos
www.synergos.com
Synergos helps solve the complex problems of poverty and inequality by promoting and supporting collaborations among business, government, civil society, and marginalized communities. We create the conditions for these partnerships to be successful by building trust, designing and implementing change processes, enhancing the effectiveness of bridging leaders and institutions, and sharing our knowledge and experience. 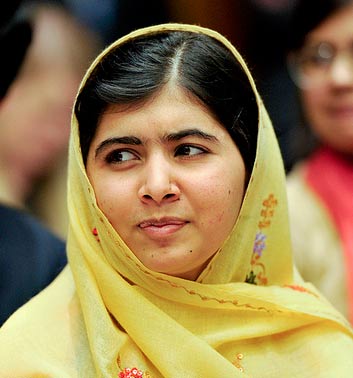