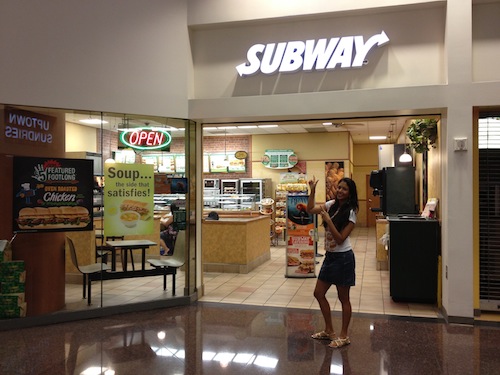 Subway is the single largest chain restaurant in the world. That means you’ve probably eaten there at some point in your lifetime and if you are like me could possibly have 10 of these restaurants within a 1 mile radius of your house. But is eating at America’s favorite fast food chain really eating real food?

Subway would certainly like you to think so. With their slogan “Eat Fresh,” marketing with avocados and a guy who lost hundreds of pounds eating their famous sub sandwiches, it’s easy to get duped.
You may also feel tricked when you see a little heart logo, indicating a menu item at Subway is “heart healthy.” Just last week it was announced that the American Heart Association (AHA) has endorsed several menu items at Subway and added the heart logo to indicate which ones.

At every Subway on the “sneeze guard” glass they display one version of their nutritional information – the infamous “6 grams of fat or less” menu. This menu includes calories, fat grams, and that new little heart logo, but doesn’t display anything about the ingredients. Doubting that Subway or the AHA would actually ever create a real food information guide for you, I decided it was time to do this myself. Below are the “6 grams or less” menu items and critical real food information you should know about each choice.


To top it off, the majority of foods at Subway have been conventionally sourced and probably include pesticides, antibiotics, and/or growth hormones. In my research, I didn’t find one single organic ingredient or menu item available at over 36,000 stores. Even the lemon juice comes in a pre-packaged squirt pack filled with preservatives. Because of this I haven’t consciously ever considered going to a Subway in the last 7 years.

Last weekend, I broke this streak and went into a Subway in search of real food. I have to admit the thought of going into a Subway and ordering off the menu was a little bit daunting, but I decided this was the best way to get the answers to my questions, like whether or not their avocado was really fresh or not. Could it be possible for me to order something and actually take a bite without squirming?

​Going against my “vote with your dollars” philosophy and purchasing something from the “bad guys” went against every bone in my body. But I did it.

Watch it all unfold in the video below. Everything at Subway may not be “fresh” but if you are ever stuck on a deserted island and this was the only place you could eat… now you know what to order. 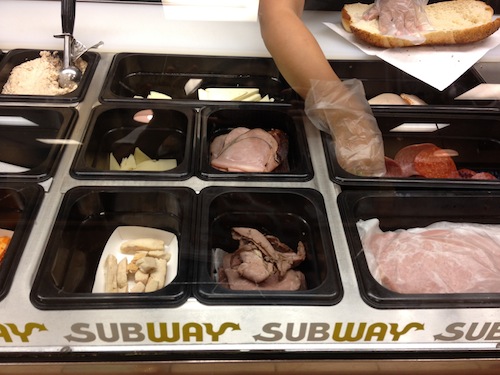 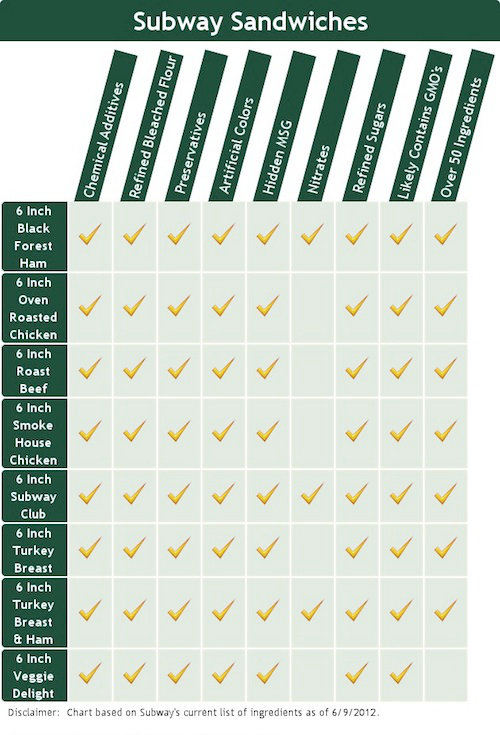 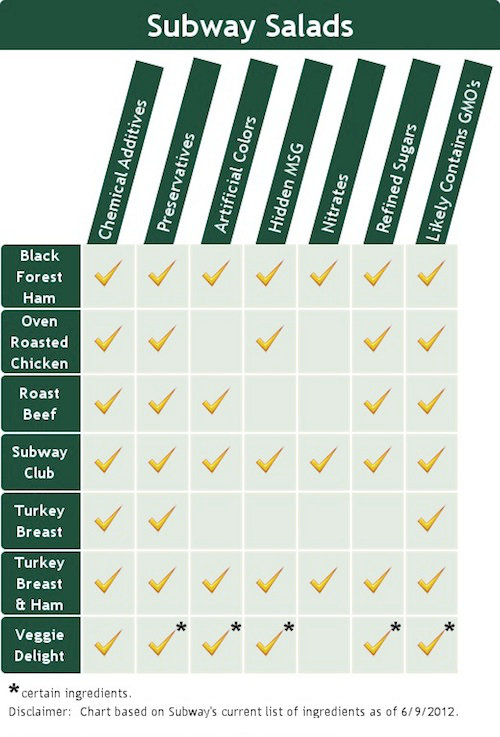