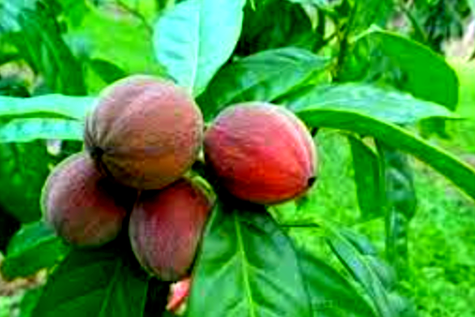 🌸
In the rainforests of

The tincture is extracted from the blushwood berry seed.
🌸

Tigilanol tiglate, sold under the brand name Stelfonta is a medication

The FDA is also approving Stelfonta to treat non-metastatic MCTs located under the dog's skin,

in particular areas of a dog's leg.

​Stelfonta is injected directly into the MCT.

As per a study led by Dr Glen Boyle from the QIMR Berghofer medical research institute in Brisbane, a compound in the rainforest berry could kill head and neck tumours as well as melanomas within minutes.
​
In the pre-clinical trials, an experimental drug produced from the seeds of the rainforest plant, Blushwood tree (Hylandia Dockrillii), has been shown to destroy or shrink tumours in animals, including cats, dogs and horses.

The team found that a single injection of the drug EBC-46 led to rapid breakdown of a range of tumors which could be effective in human patients.
The drug took action within five minutes, and with tumours disappearing within days.
🌸
🌸
🌸
Intratumoral Injection of Tigilanol Tiglate

🌸
The seeds of the berry from the Blushwood tree have been shown to rapidly kill cancer tumours by scientists under Dr.Glen Boyle  at the Queensland Institute of Medical Research, Australia;  the tree is found in the Rainforest around the Atherton Tablelands in Northern Queensland.
​
Australian scientists isolate fast acting cancer ’drug’ from the Blushwood Tree Berry

A team of cancer scientists at the Queensland Institute of Medical Research, Australia have extracted a compound from seeds contained in the berry of the Blushwood tree (Fontainea picrosperma) and shown they are rapidly effective against cancer in real life. The tree only grows in the Atherton Tablelands, an area of Rainforest in the North of Queensland.

Taking an extract of the natural berry and encapsulating it, or making a concentrate for injection, immediately confers on it the title ‘drug’.

The development work is being overseen by Dr. Glen Boyle and the ‘drug’ is being called EBC-46. His experiments started in 2014 with melanoma models as well as cancers of the head, neck and colon. In most cases a single injection starts killing the cancer off in 4-5 hours making this really a ‘wonder’ treatment.

Boyle says the compound works in three ways – it kills the tumour, cuts off the blood supply and activates the immune system to clear the mess up.

In more than 70% of the pre-clinical animal model cases, the response and cure were long-term and ‘enduring’ with little or no relapse.

The work then moved on to include colon, breast and prostate cancers, and the results showed a 75% success rate.

Formal Veterinary clinical trials are already taking place in Australia and America, led by the Brisbane biotechnology company, Qbiotics, having been handed on by EcoBiotics, the company that discovered the berry seeds originally.

In 2015/6 QBiotics moved on to Human trials; 8 different patients with 4 different cancers were treated across Australia. The cancers -  melanoma, squamous cell carcinoma, basal cell carcinoma and breast adenocarcinoma, were all beaten. Dr. Victoria Gordon, CEO of QBiotics said that none of the patients showed any side-effects.

“It’s proving our theory that it’s not species-specific, and it’s not tumour-specific either, because it’s actually working in a range of tumours,” said Gordon. With 11 more patient trials under her belt, she feels the drug will be commercially available within 4 years. The drug is already close to approval for the Veterinary market – the initial trials in America have led to further approvals.

Already, people are trying to grow the plant at home and make home-made recipes; so much so that nurseries in Cairns have run out of trees. The berries are actually poisonous, so this doesn’t sound a good idea anyway.

Chris Woollams, former Oxford University Biochemist and founder of CANCERactive added, "We can only hope that QBiotics gains the approvals needed and controls the delivery of the product itself.

The last time we heard of a natural product achieving ‘wonder’ drug status (the herb artemisinin bound to iron), it was immediately sold by its developers to a pharmaceutical company and nothing more was heard about it. The same happened when the herb ‘Feverfew’ beat the lymphoma drugs in a clinical trial. The FDA promised to fast track it. That was 10 years or more ago. Australians have also been the originators of a herbal remedy for skin cancer and breast cancer tumours called ’Black Salve’."
🌸 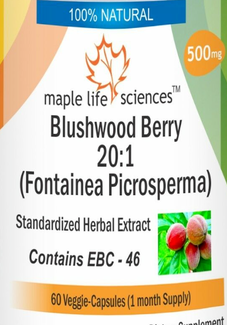